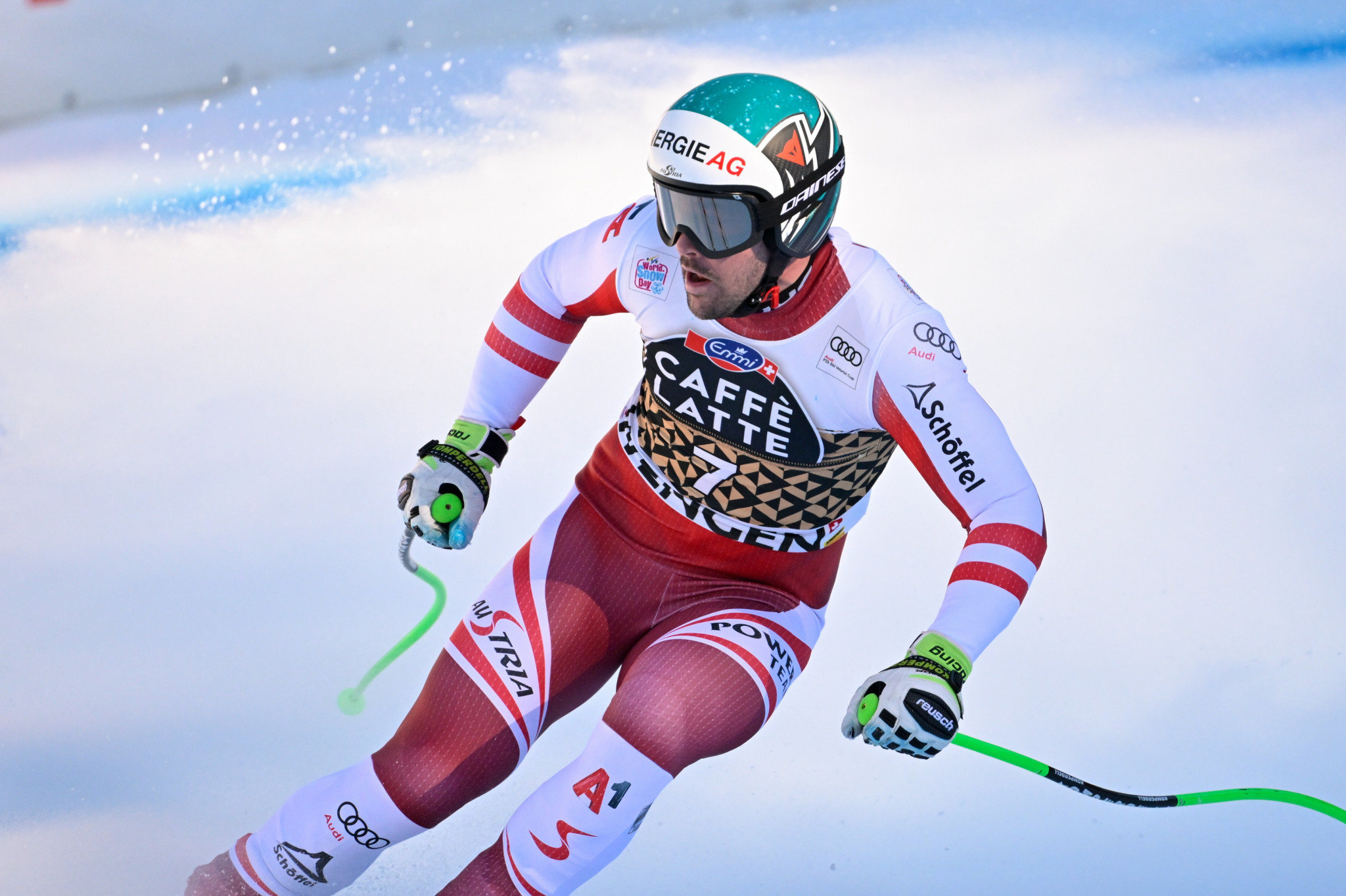 The Austrian skier clinched gold in the downhill as well as the super-G disciplines at the World Championships in Cortina d’Ampezzo last year, and secured victory in the Swiss resort with a time of 2min 26.09sec.

Italy's Dominik Paris returned to the podium for the first time since winning his home downhill World Cup in Bormio on December 28, placing third courtesy of a 2:26.53 effort.

That helped him return to the top of the downhill standings, leapfrogging yesterday's World Cup winner Aleksander Aamodt Kilde of Norway.

Fast racing at the @WeltcupWengen today…

Feuz is joint-second in the discipline standings, matching Kilde's 305 points, with Austria's Matthias Mayer falling from second to fourth on 302 after coming fifth in 2:26.60.

He has a total of 1,075 points for the season on the men's Alpine Ski World Cup circuit, with Kilde second on 685 and Mayer third with 592.

Kriechmayr in fourth closed the gap on the top three to 68 points.

The last of four World Cups in Wengen is set to be held tomorrow in the slalom discipline on the Männlichen-Jungfrau course.