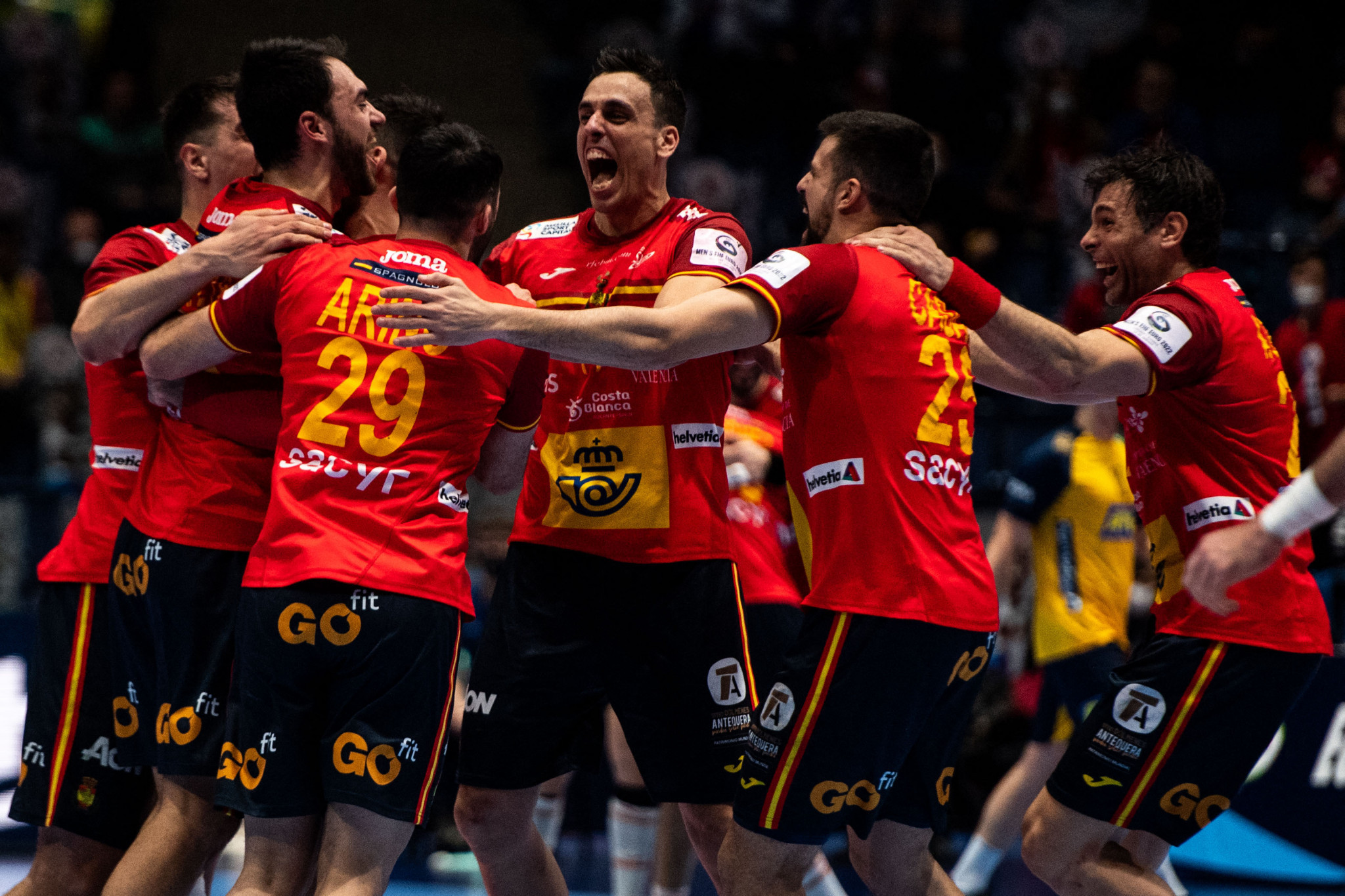 Holders Spain edged past Sweden as the preliminary round continued on the third day of the men’s European Handball Championship, which is being co-hosted by Hungary and Slovakia.

The defending champions were the first to reach the main round after defeating Sweden 32-28 in Bratislava, Slovakia, as they sat top of Group E.

The first half saw 31 goals in 30 minutes between the two sides, but Spain always kept themselves in front and aided by eight goals from Angel Fernandez secured victory by four points.

World champions Denmark also earned a main round berth with a convincing 34-23 win over Slovenia in Debrecen, Hungary, that puts them top of Group A.

The closest match of the day came in Kosice, Slovakia, with Russia surprisingly edging past co-hosts Hungary 23-22 to put themselves close to a place in the main round, and top Group F.

There was another close encounter with Croatia defeating Serbia 23-20 in Szeged, with the crucial moments coming when Croatia keeper Mate Sunjic stopped three successive shots midway through the second half.

Four more preliminary round matches are due to take place tomorrow in Groups B and D, after which point every team will have played two of their three scheduled matches at this stage of the competition.