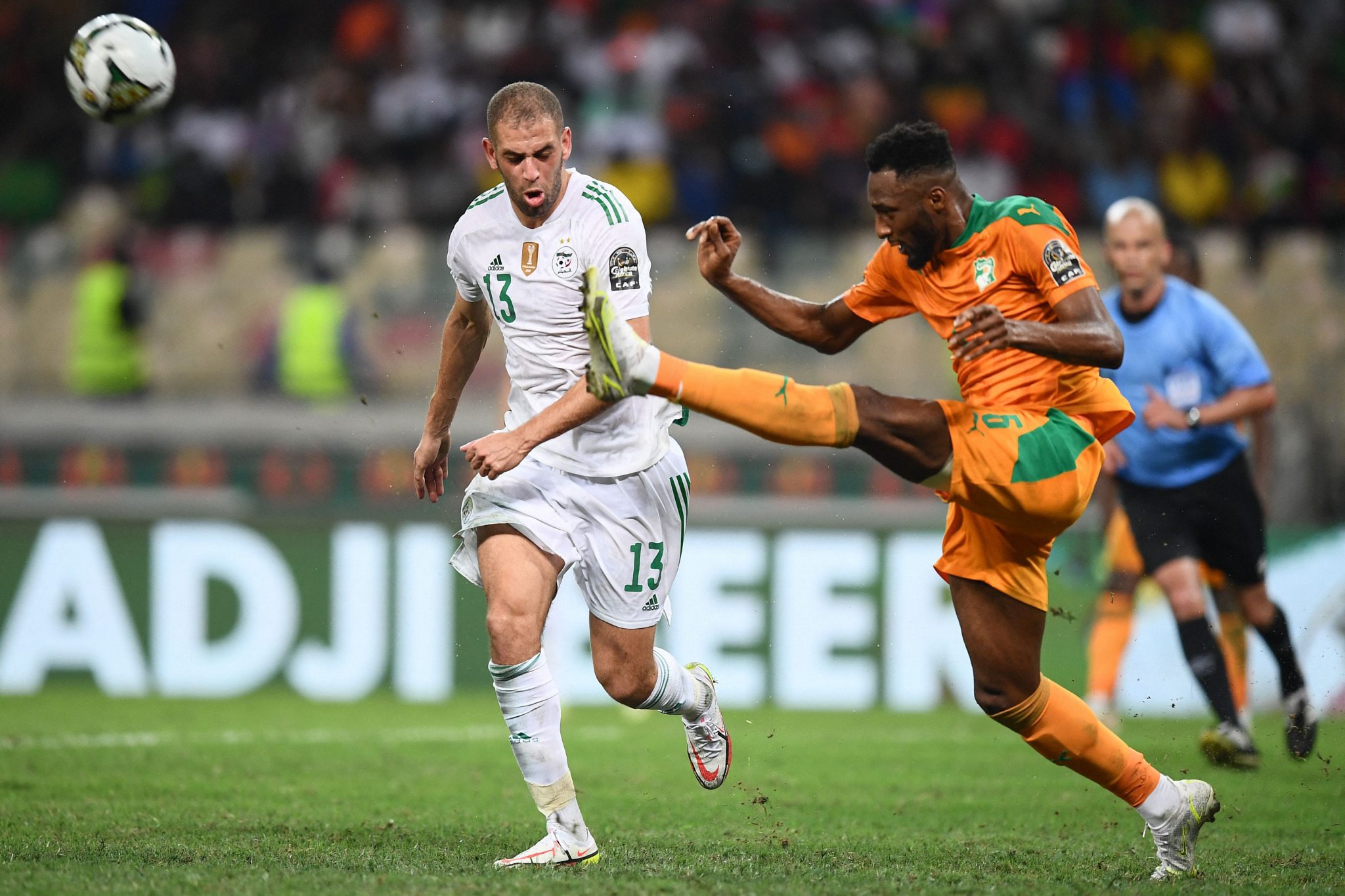 There will be a new name on football’s Africa Cup of Nations trophy next month, after holders Algeria were knocked out of the tournament at the group stage, when they were beaten 3-1 by Ivory Coast.

Heading into the final round of Group E matches, Algeria knew they needed a win in Douala to have any chance of advancing but came unstuck at the hands of the Elephants.

A fierce strike from Franck Yannick Kessie gave Ivory Coast the lead midway through the first half.

An emphatic header from Ibrahim Sangare saw Ivory Coast double their lead five minutes before the break, leaving the holders in trouble.

Things got worse for Algeria early in the second half when a curling left-footed strike from Nicolas Pepe made it 3-0 to Ivory Coast.

Algeria were given a lifeline a few minutes later when they were awarded a penalty but captain Riyad Mahrez struck the woodwork with the spot kick.

Substitute Soufiane Bendebka pulled a goal back for the holders with 17 minutes to go but by then the damage was already done.

In the other game in the group, Equatorial Guinea defeated Sierra Leone 1-0 in Limbe, a result that saw both teams progress to the last 16.

A clever finish from Palblo Ganet after a quickly taken free kick proved the difference between the sides.

Sierra Leone had a chance to grab a late leveller, but Kei Kamara saw his penalty saved by Jesus Lazaro Owono Ngua.

Despite the defeat, Sierra Leone qualified for the knockout phase as one of the best third-placed sides.

Who’ll make it to the #TotalEnergiesAFCON2021 quarters?

In Group F, debutants Gambia edged out Tunisia 1-0 in Limbe to earn a place in the knockout stages after a dramatic game.

A stoppage time strike from Ablie Jallow gave Gambia victory, which saw them finished second in the group.

Earlier in the game, Seifeddine Jaziri of Tunisia saw his penalty saved, while the Tunisians evening got worse when reserve keeper Farouk Ben Mustapha was dismissed from the bench for violent conduct.

In the group’s other game in Douala, Mali, who had already secured a last 16 place before the match against Mauritania, won 2-0, progressing as group winners.

The Eagles got off to a perfect start inside two minutes when Massadio Haidara guided his effort into the net after a cross from skipper Hamari Traore.

Mali then doubled their lead in the early stages of the second period when Ibrahima Kone scored from the penalty spot to secure the three points and top spot in the group.

Following the conclusion of the group stages today, the line-up for the last 16 was confirmed.

As well as the sides that finished first and second in each group, the four best third-placed teams also progressed.

Round of 16 matches are due to take place between January 23 and 26, with the first two games, scheduled for January 23, seeing Burkina Faso face Gabon and Nigeria take on Tunisia.