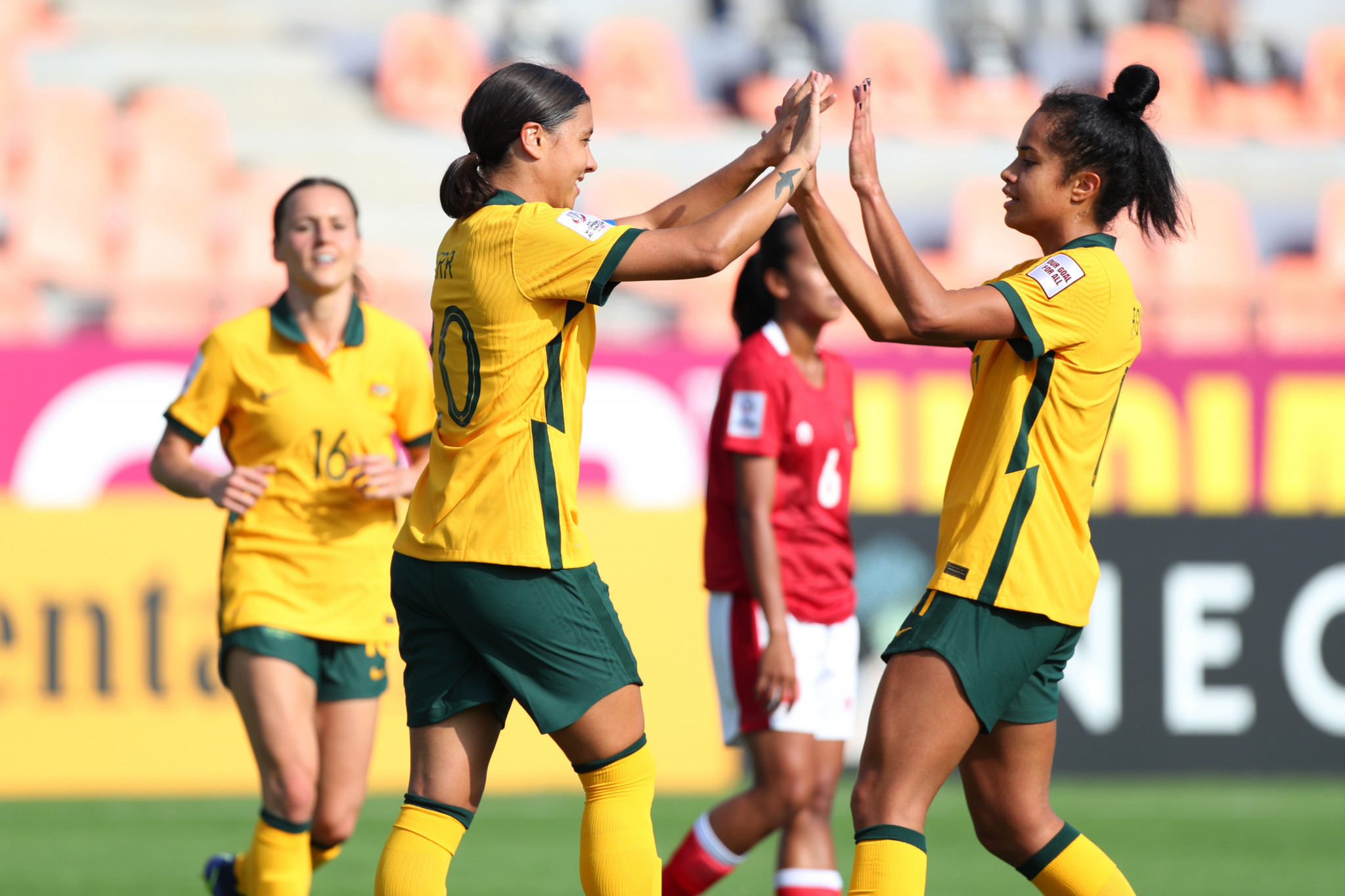 Sam Kerr set an Australian goalscoring record as they recorded their biggest ever Asian Football Confederation (AFC) Women's Asian Cup win by thrashing Indonesia 18-0 in their tournament opener in India.

The Matildas captain scored five goals in the Group B clash at the Mumbai Football Arena to become her country's top scorer, moving on to 54 to beat the record of 50 set by Tim Cahill in men's football.

The Australians have finished as runners-up at both Women's Asian Cups since their last victory in 2010, but are the top ranked side competing in India, and they made light work of an Indonesian side making their first appearance on this stage since 1989.

The other match in the group featured a Thailand side that reached the semi-finals in 2018.

However, they got off to a losing start at the D.Y. Patil Stadium in Navi Mumbai, with Chandler McDaniel grabbing the only goal of the game for the Philippines in the 81st minute.

Both of today's Group C matches were held at the Shiv Chhatrapati Sports Complex in Pune.

Japan kicked-off their bid for a third consecutive Women's Asian Cup with a routine 5-0 victory against Myanmar.

Riko Ueki gave the 2014 and 2018 Asian champions the lead midway through the first half, which was doubled by Yui Hasegawa early after the break.

They top Group C on goal difference, although South Korea also got their tournament off to a flier by beating Vietnam 3-0 later in the day.

It took until nine minutes from time for South Korea to find their third, with Ji converting a penalty awarded for a handball by Chuong Thi Kieu.

The second round of fixtures is set to begin tomorrow, with Iran taking on China in Mumbai followed by hosts India against Chinese Taipei in Group A.