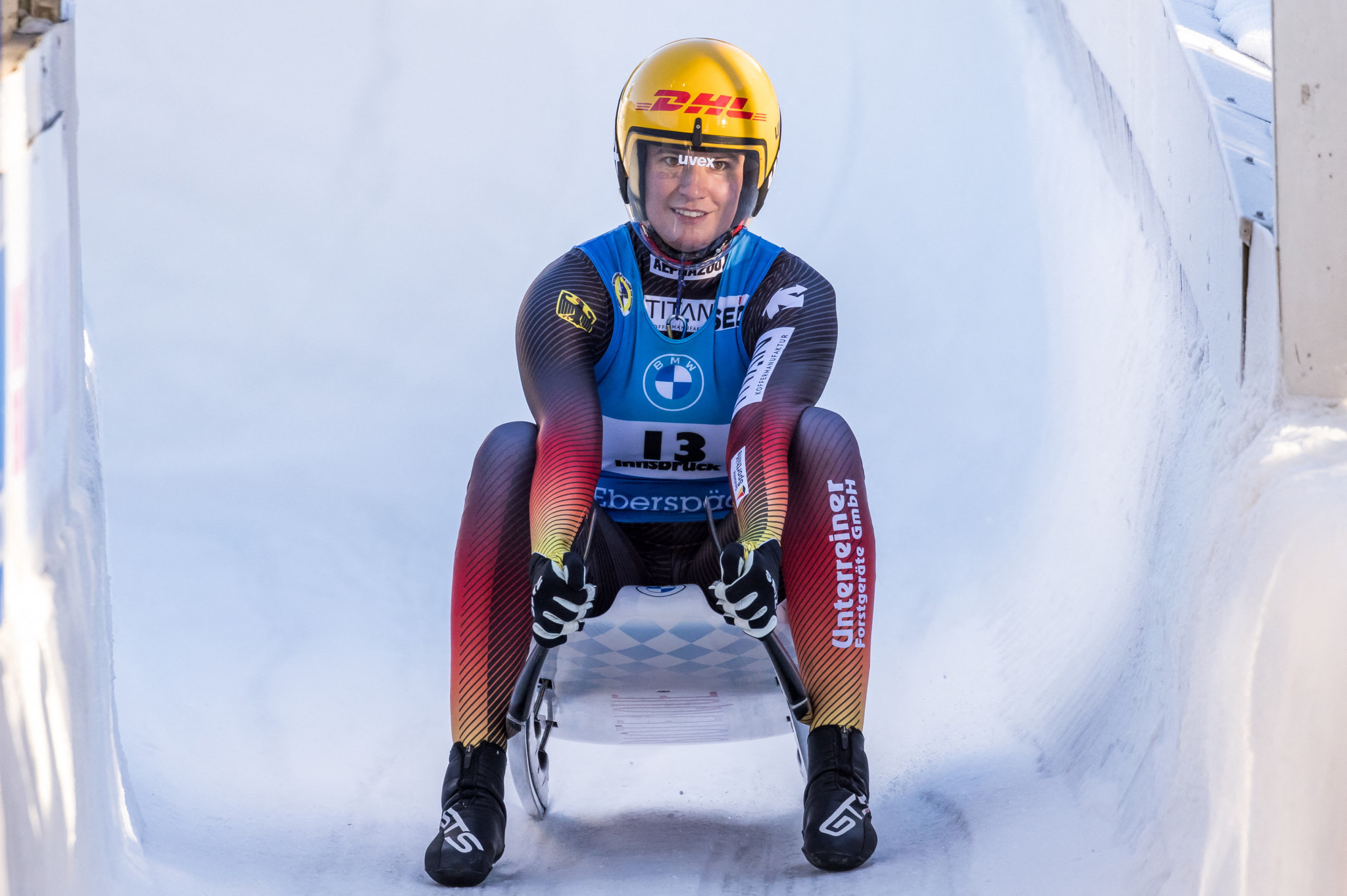 Geisenberger, a four-time Olympic gold medallist, will head to Beijing 2022 boosted by clinching the European title.

She led at the halfway mark of the competition in St Moritz, recording a time of 54.131sec in her first run at the Swiss venue.

Geisenberger produced the second-quickest time in the second run by clocking 54.059, with her overall total of 1min 48.190sec enough to secure victory.

Madeleine Egle was the only athlete to dip under 54 seconds, as the Austrian achieved a second-run time of 53.969.

Egle finished as the runner-up to Geisenberger in an overall time of 1:48.345.

The podium was completed by Latvia’s Elina Ieva Vitola, who became under-23 European champion in 1:48.45.

Taubitz finished fourth in 1:48.514, with the result proving enough for her to claim the World Cup title after the 12th and final event of the season.

Taubitz secured 979 points to win the title, with her closest rival Egle left settling for second place on 947.

The top three was completed by Geisenberger, whose first World Cup win of the season saw her finish on 772 points.

"For me this is the highest award because it shows the performance over the whole season," Taubitz said.

"I'm overjoyed to have clinched it."