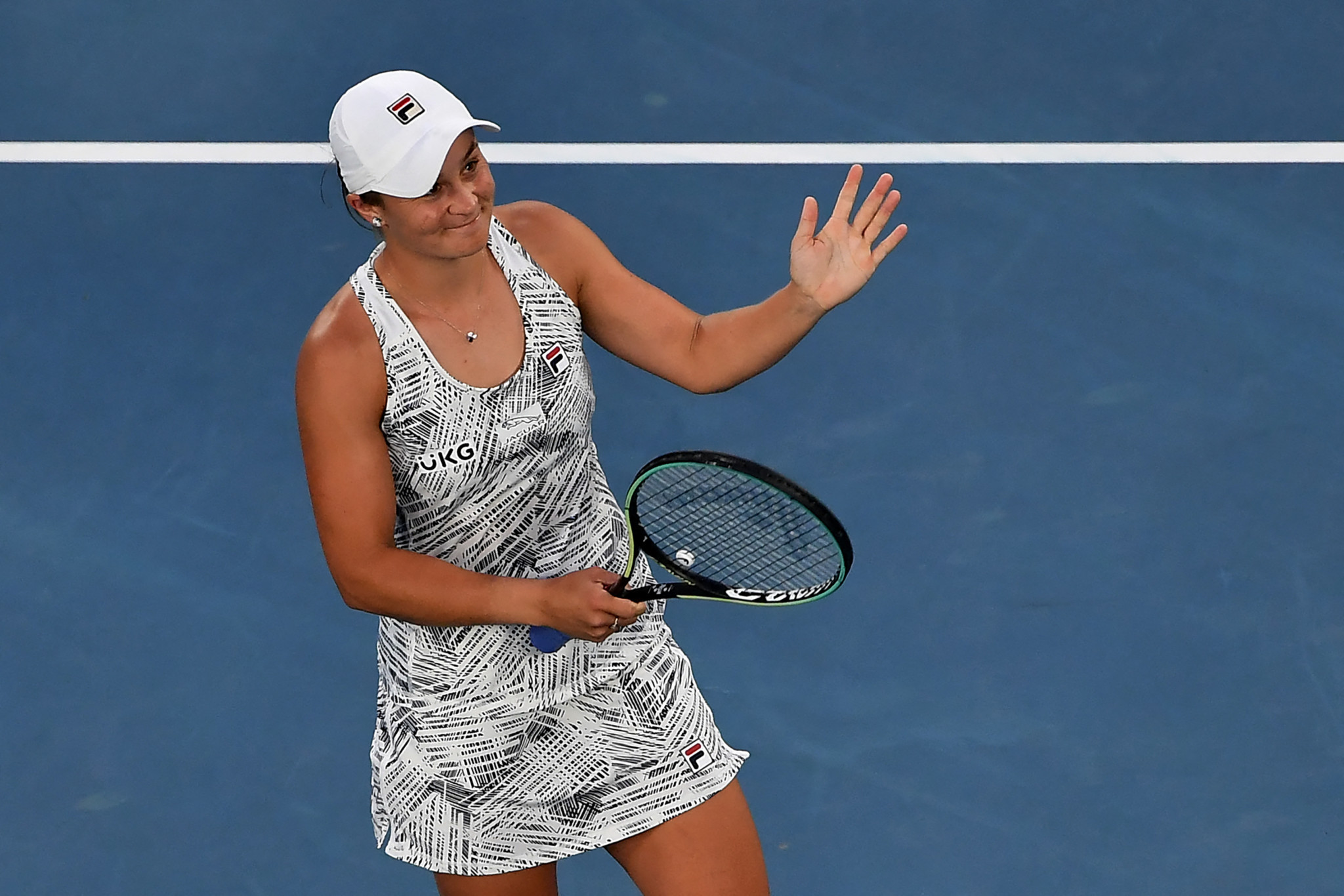 World number one Ashleigh Barty continued the home challenge in the Australian Open women’s singles by overcoming Amanda Anisimova in the fourth round, while men’s third seed Alexander Zverev suffered defeat in Melbourne.

Barty had won her opening three matches in straight sets, but faced an in-form Anisimova with the American having already beaten Olympic gold medallist Belinda Bencic of Switzerland and defending champion Naomi Osaka of Japan.

Barty clinched a break of serve at 3-3 to seize control of the first set on Rod Laver Arena, with the home favourite fending off break points on route to taking the opener 6-4.

An impressive response from Anisimova saw the 20-year-old break in the opening game of the second set, ending a run of 63 consecutive holds of serve by Barty.

The Australian hit back immediately to level the contest, before taking the final four games of the set to complete a 6-4, 6-3 victory.

Barty is seeking to secure her third Grand Slam title, which would see her become the first Australian since Chris O'Neil in 1978 to win the women's title.

She will face further American opposition in the quarter-finals, after Jessica Pegula beat fifth seed Maria Sakkari of Greece 7-6, 6-3.

Azarenka, who required a medical timeout due to a neck injury during the match, was the last remaining Australian Open women’s champion in the draw having triumphed in 2012 and 2013.

Madison Keys will face Krejčíková in the last eight, with the American recording a 6-3, 6-1 upset win over eighth seed Paula Badosa of Spain.

Shapovalov overcame the Olympic champion 6-3, 7-6, 6-3 to reach the quarter-finals of the tournament for the first time.

The 22-year-old will face Rafael Nadal, after the 2009 champion secured a straight sets win over France’s Adrian Mannarino.

The Spanish 20-time Grand Slam champion emerged as the winner of a gruelling first set, winning a 28-minute tie-break 16-14 after fending off four set points.

The Italian will face France’s Gael Monfils in the quarter-finals, following his 7-5, 7-6, 6-3 win over Serbia’s Miomir Kecmanović.