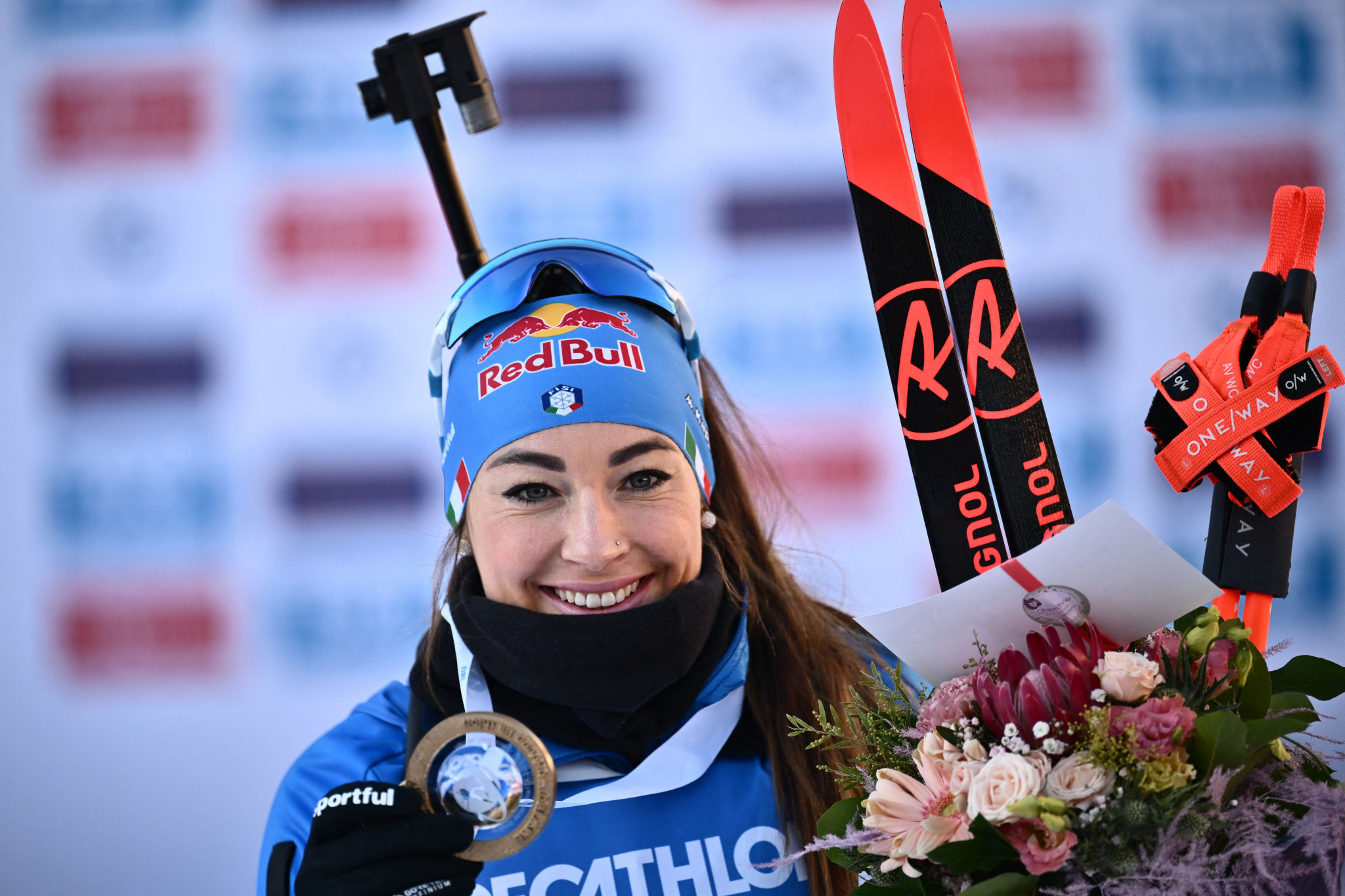 She crossed the line in 35min 58.7sec, marginally beating Dzinara Alimbekava of Belarus by 3.7 seconds to the gold medal, despite having one extra penalty lap.

Anaïs Chevalier-Bouchet from France was third, followed in by Russian Kristina Reztsova and Justine Braisaz-Bouchet.

It was Stremous' first appearance in the top 10.

Alimbekava closed the gap on the World Cup leader Marte Olsbu Røiseland to 62 points, with the Norwegian not competing today.

In the men's 4x7.5km relay, Sturla Holm Lægreid, Tarjei and Johannes Thingnes Bø and Vetle Sjåstad Christiansen gave Norway its third victory in the race this season.

Fabien Claude of France did give his team the lead after the opening leg just in front of Lægreid, but the country faded to fourth.

From there, the quartet would take the lead through Tarjei Bø, eventually finishing in 1 hr 12min 14.7sec - just short of two minutes in front of the Russian team of Anton Babikov, Daniil Serokhvostov, Alexandr Loginov and Eduard Latypov.

This was the final leg of the IBU World Cup before the break for the Beijing 2022 Winter Olympic Games.