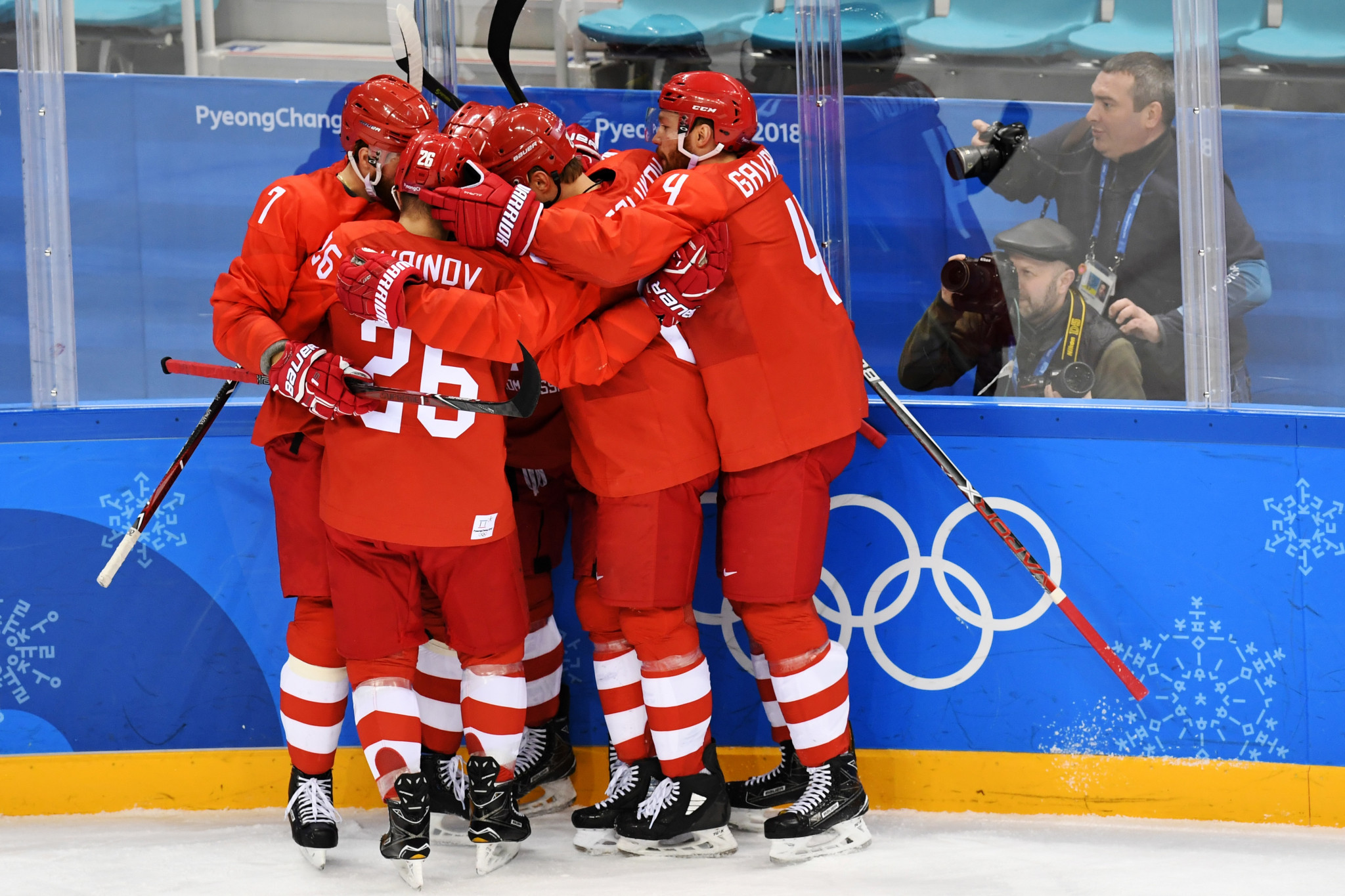 A group of seven members of the Pyeongchang 2018 gold medal winning men’s ice hockey team have been selected in the Russian Olympic Committee (ROC) squad for Beijing 2022.

The Olympic Athletes from Russia (OAR) team triumphed at Pyeongchang 2018 after beating Germany 4-3 in overtime in the final.

The team was required to compete at the OAR due to doping sanctions, with the delegation at Beijing 2022 also facing a similar fate.

Russia is required to compete as the ROC at Beijing 2022 to comply with the Court of Arbitration for Sport decision in the Russian Anti-Doping Agency case.

The team consists players from the Kontinental Hockey League, where Shipachyov is the top scorer.

The ROC are considered favourites to win the men’s title, with National Hockey League players set to miss a second successive Winter Olympics, because of the COVID-19 pandemic.

The ROC women’s team will hope to return to the podium, after the OAR squad lost their bronze medal match at Pyeongchang 2018.

Figure skater Alina Zagitova was the OAR’s second gold medallist at the Games.

World champion Anna Shcherbakova, world record-holder Kamila Valieva and Alexandra Trusova will lead the ROC’s challenge at Beijing 2022, with the figure skating likely to be a source of medals for the squad.

Reigning world and European champions Anastasia Mishina and Aleksandr Galliamov, in the pairs, and Victoria Sinitsina and Nikita Katsalapovm in the ice dance, were also included in the team selected last week.

Burov and his brother Ilya are among 24 freestyle skiers selected for the Games, across aerials, big air, halfpipe, moguls, ski cross and slopestyle events.

Sochi 2014 gold medallist Semen Elistratov is one of 10 short track speed skaters set to compete at the Games.

Elistratov heads to the Games as the reigning European champion in the 1000 metres, 1500m and overall events.

The biathlon team will feature 10 athletes, while 16 cross-country skiers will compete.

The ROC will be represented in both the men’s and women’s curling tournaments at the Games.

Nadezhda Sergeeva will pilot one of the ROC’s pair of two-woman bobsleigh crews, as well as contesting the women’s monobob competition.