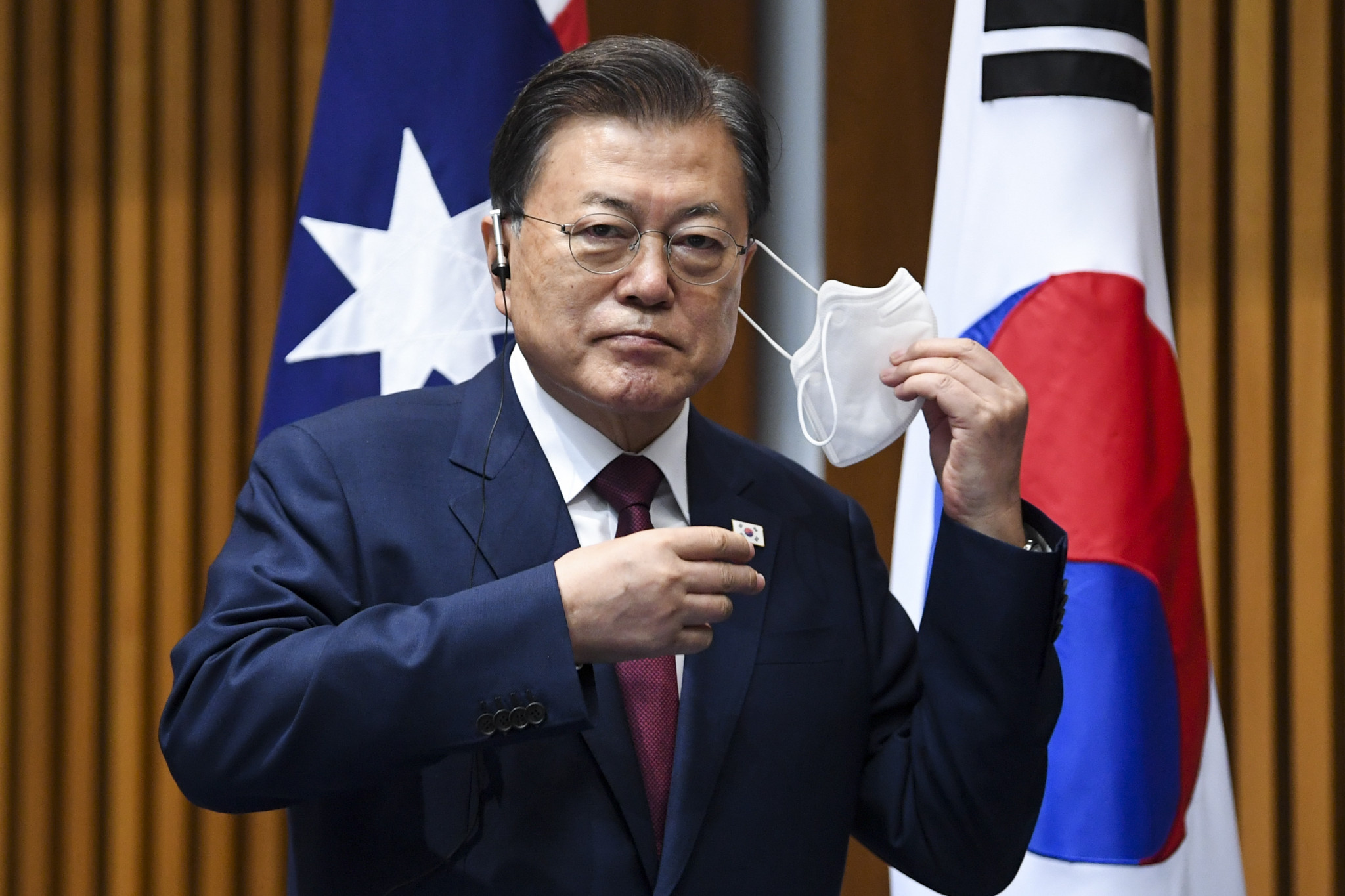 South Korean President Moon Jae-in has decided against attending the Winter Olympics with Sports Minister Hwang Hee instead chosen to lead the country’s delegation at Beijing 2022.

The South Korean Government has confirmed that Hwang will head to the Chinese capital where he is expected to attend the Opening Ceremony, due to be held on February 4, and continue to support the country’s athletes.

Deputy Prime Minister Yoo Eun-hae, also the Education Minister, had reportedly been considered for the role as South Korea’s chief delegate, but speculation was scorched by a Government official who insisted Hwang was the prime candidate.

Last month, China reportedly sent an official invite Moon to attend the Opening Ceremony, but the South Korean President has turned the offer.

It will be the second successive Games where Moon has not been present as he chose to not make the trip to Japanese capital Tokyo for the re-arranged Summer Olympics last year,

South Korea has opted not to join the United States-led diplomatic boycott of the Winter Olympics in Beijing.

Nations including Britain, Australia and Canada, Belgium and Denmark have followed the US’ lead by confirming that they will not send politicians to the Chinese capital, citing human rights concerns in the host nation.

Chinese Foreign Ministry spokesperson Wang Wenbin has previously warned that countries deciding to make such a move will "pay the price".

South Korea is a US ally but also has close economic ties with China and has previously felt the full force of Chinese sanctions.

China punished South Korea for deploying a US anti-ballistic missile system designed to protect against threats from North Korea in 2016.

In October 2017, an agreement was reached in Seoul and Beijing to bring bilateral cooperation back on a "normal track".

The South Korean official told Yonhap News Agency that there was hope the Winter Olympics would contribute to peace and prosperity in North East Asia and the rest of the world.

A total of 63 athletes are set to represent South Korea in six sports at Beijing 2022 - the country’s third-largest delegation to go to a Winter Olympics behind Pyeonchang 2018 with 146 and Sochi 2014 with 71.

According to the Yonhap News Agency, the Korean Sport and Olympic Committee is targeting a top-15 finish in the medal table.

Most of the team’s success came in short track speed skating.

Shim Suk-hee was part of the triumphant women’s 3,000 metres relay team but she has been ruled out of Beijing 2022 after losing an appeal against a two-month ban.

She was suspended by the Korea Skating Union late December following an investigation into leaked text messages where she made disparaging remarks about her team-mates.

Double Olympic champion Choi Min-jeong, who collided with Shim in the 1000m final in 2018, will be among South Korea's medal hopes in short track speed skating.

IOC President Thomas Bach said the Olympic Committee of the Democratic People’s Republic of Korea had breached the Olympic Charter by "failing to fulfil their obligation" to send athletes to the Games in the Japanese capital.