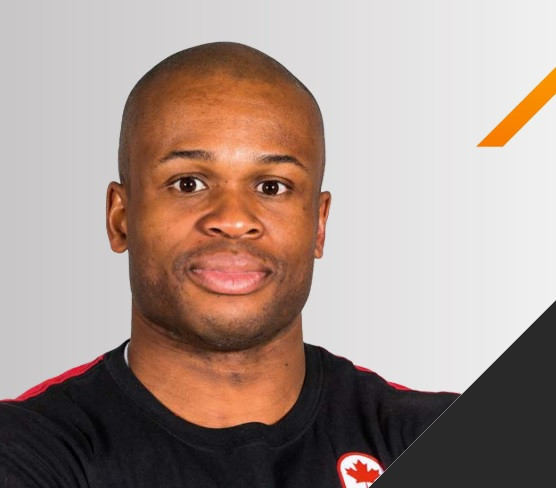 Canada’s Seyi Smith - who has competed at both the Summer and Winter Olympic Games - has put climate change at the heart of his campaign to become a member of the International Olympic Committee’s (IOC) Athletes’ Commission.

Smith is one of 17 candidates standing for two vacant seats on the Commission with the elections due to be held during the Winter Olympics here.

Voting started yesterday - the day of the official opening of the three Athletes’ Villages - and is set to run until February 16.

Nigerian-born Smith started his sporting career as a sprinter as he was part of Canada’s 4x100 metres relay team that crossed the line in third position at London 2012 only to be disqualified for a lane infraction.

After switching to bobsleigh, Smith represented Canada in the two-man event at Pyeongchang 2018 where he finished in sixth place.

The 34-year-old now works as an electrical engineer with a speciality in renewable energy technologies.

As well as being part of the IOC’s Sustainability and Legacy Commission, Smith is determined to secure a place on the organisation’s Athletes’ Commission where he hopes to encourage athletes to "lead the race to zero" emissions.

"We can be players in the biggest comeback story the world has ever seen," said Smith.

"My world was shattered once. I can’t sit on the sidelines and allow that to happen again.

"Many athletes have asked me what they can do.

"I know how athletes can use their platforms as role models to help lead the massive change that is needed.

"One of my biggest goals is to help athletes around the globe amplify their voices so they can become more influential in the areas that matter to them most."

Smith was a member of the Canadian Olympic Committee’s Athletes’ Commission between 2012 and 2020.

Smith goes up against fellow bobsleigh athletes Seun Adigun of Nigeria and Adam Edelman of Israel in the battle to secure a place on the IOC Athletes’ Commission.

The elected athletes will replace the outgoing Hayley Wickenheiser of Canada, who is finishing her term at the end of Beijing 2022, and Norwegian Ole Einar Bjørndalen, who resigned from the IOC Athletes’ Commission in 2016.

The commission is made up of a maximum of 23 members who each serve a term of eight years.