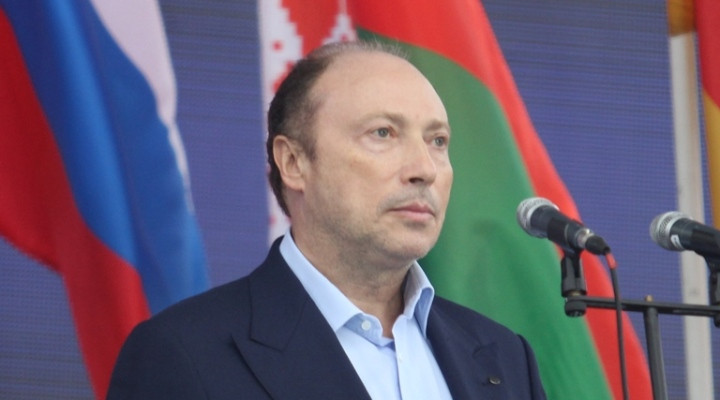 Riding's replacement as the fifth discipline in modern pentathlon at the Olympic Games after Paris 2024 will be tested during World Cup events this year, according to a vice-president of the International Modern Pentathlon Union (UIPM).

Modern Pentathlon Federation of Russia President Vyacheslav Aminov told the Russian state-owned news agency RIA Novosti that the new discipline could be trialled as early as the opening World Cup of the season in Cairo in March.

Aminov also confirmed those involved in the process had been asked to sign non-disclosure agreements (NDAs) and said "three or four" events were being considered to replace riding.

Few details have emerged following the meeting - largely because participants signed NDAs - but there has been speculation the fifth discipline will include some form of obstacle racing.

insidethegames has seen correspondence which shows the UIPM has asked for feedback and proposals from National Federations on the new discipline by February 15, prior to a meeting of the working group in April.

The group was established following the controversial decision to axe riding from modern pentathlon at the Olympics after the 2024 Games in the French capital.

The process which led to riding being cut from the programme was also heavily criticised.

The replacement for riding will be crucial in determining the sport's Olympic future.

Modern pentathlon was left off the initial sports programme for Los Angeles 2028 by the International Olympic Committee (IOC) in December.

IOC President Thomas Bach warned the UIPM must "finalise its proposal for the replacement of horse riding and for the overall competition format" before the sport can be included.

He said the UIPM's proposal has to "demonstrate a significant reduction in cost and complexity, and improvement across the areas of safety, accessibility, universality, appeal for youth and general public."

The UIPM has been given until next year to come up with a suitable alternative to riding, dropped by the UIPM after the Tokyo 2020 scandal which saw Germany's coach Kim Raisner sent home after punching a horse.

Despite the controversy, numerous athletes and countries have protested the decision to scrap riding with hundreds issuing a vote of no confidence in UIPM President Klaus Schormann, who chairs the fifth discipline working group.

"We are now facing a historic decision," said Aminov.

"If we make the right decision on a new event, a new and very interesting history of modern pentathlon will begin."