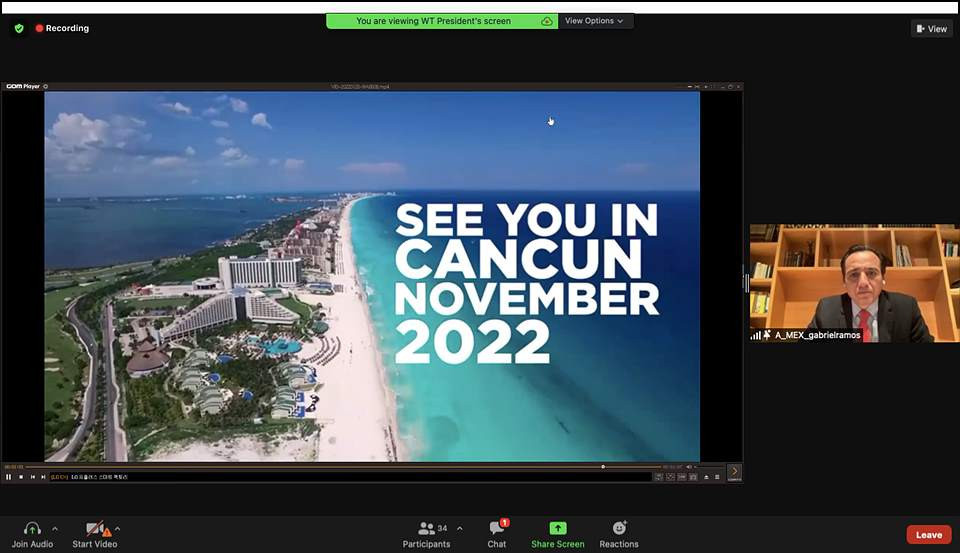 Cancun has beaten Baku and Beirut to be awarded hosting rights to the delayed World Taekwondo Championships due to be held in November.

The exact dates will be announced in due course.

Wuxi was supposed to stage the event in 2021, but COVID-19 restrictions forced its postponement and ultimately saw the Chinese city relinquish hosting rights for the event.

Mexican seaside city Cancun saw off competition from Azerbaijan and Lebanon to be awarded World Taekwondo's flagship event at an extraordinary meeting of the World Taekwondo Council.

Cancun got 52 per cent of the vote following presentations from the bidders.

A date for the Championships is set to be announced shortly.

A total of 92 per cent of bidders backed the Bosnian city over Queretaro in Mexico.

"Both cities presented very strong bids and we have no doubt they will deliver wonderful competitions.

"Mexico has a proud history in hosting excellent World Taekwondo events including World Championships and Grands Prix and we are sure Cancun will build on this heritage.

"For Bosnia and Herzegovina, it will be the first time they have hosted a World Taekwondo event and we believe this will act as a catalyst for the further growth of the sport in the country.

"Today’s meeting showed how much interest there is in hosting World Taekwondo events, and we are committed to restarting our competitions this year in a safe and successful manner."

It was also underlined that the World Taekwondo Poomsae Championships remain due to be held between April 21 and 24 in Goyang in South Korea, despite the growing number of COVID-19 cases in the country.

Since the pandemic begun, online poomsae challenges were set by World Taekwondo to keep young athletes involved in the sport, but it is keen to see a return of in-person competition.

This will include brand-new World Taekwondo Children’s Championships, which Choue announced.

These amendments will need to be passed through the World Taekwondo General Assembly, set to be held in Sofia, Bulgaria in August, before they are formally announced.

The Council's next extraordinary meeting is due to be held in a hybrid format from Goyang, to coincide with the World Taekwondo Poomsae Championships.