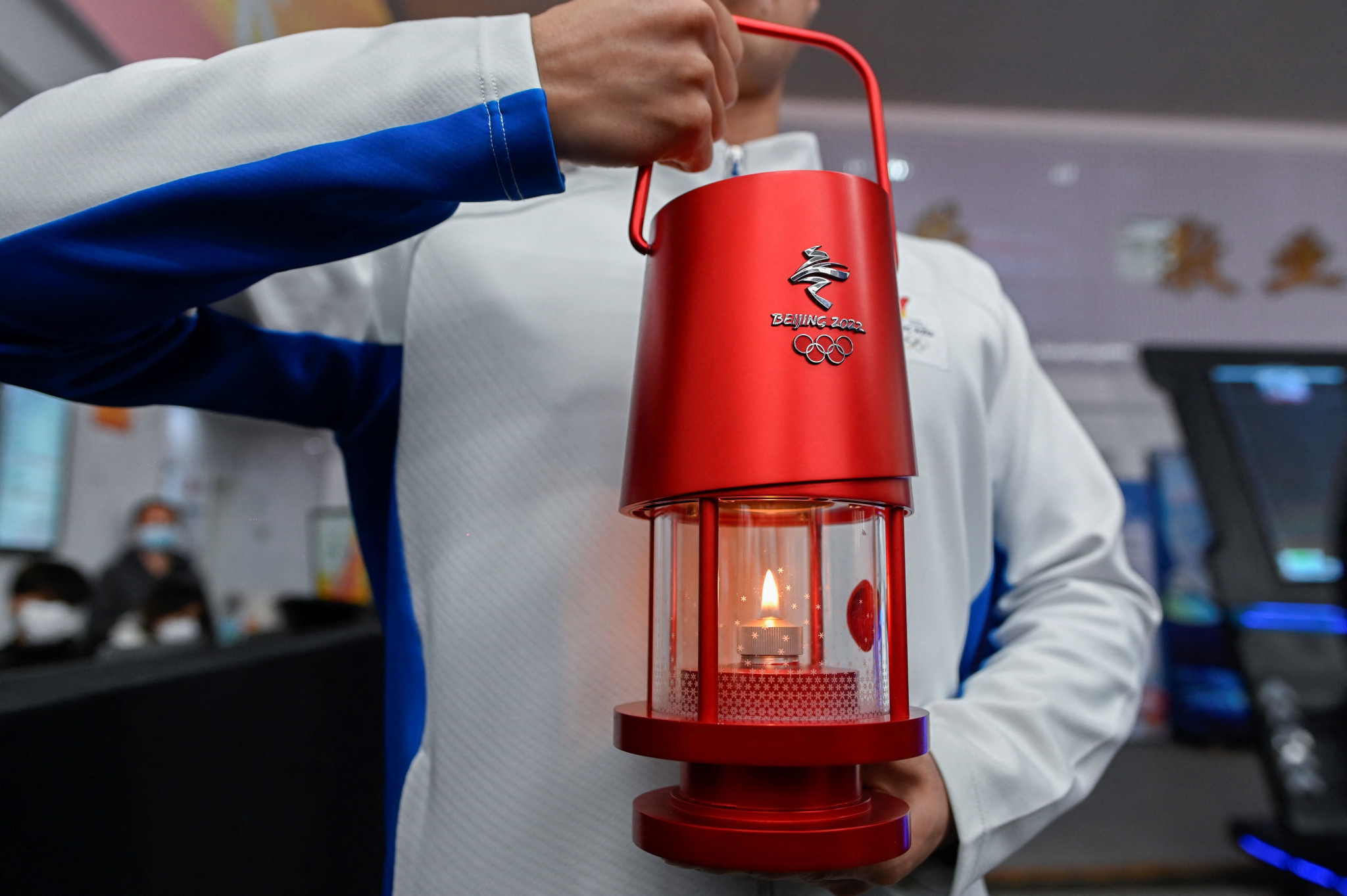 The Olympic Torch Relay is set to take place inside and outside the closed-loop system which has been devised to separate the public from participants at the Winter Olympics here, it has been confirmed.

Beijing 2022 organisers have released details on the planned route for the closing parts of the Torch Relay, with seven days to go until the Games are set to open, and also reiterated their opposition to the "politicisation" of the Winter Olympics.

Scheduled to start on February 2, the three-day route is due to cover the three competitions in Beijing, Yanqing and Zhangjiakou.

A "closed-loop management system" has been set up by Beijing 2022 to guard against COVID-19, but organisers have confirmed that only one of the 12 segments of the Torch Relay will take place inside the loop.

The scaled-back Torch Relay in the Chinese capital is set to be held without spectators due to coronavirus concerns, but Lyu Qin, deputy director general of the media and communications department at Beijing 2022, says people will be able to watch the event online to "make up for such a loss".

A launch ceremony is due to be held in Beijing on February 2 before the Flame is set to travel through Yanqing and Zhangjiakou the following day.

During the Zhangjiakou section, it is due to stop a various locations including the Nihewan Ruins Park, Zhangjiakou Industrial Culture Theme Park and Chongli's Fulong Ski Resort.

The Flame is expected to return to Beijing on February 4 - the day of the Opening Ceremony - where it is scheduled to visit Summer Place, Grand Canal Forest Park and Beijing Olympic Forest Park, moving inside the closed loop for the final section of the Torch Relay.

A total of 1,200 Torchbearers are expected to participate over the course of the three days.

Mass testing has been underway over the past week in Beijing following the emergence of COVID-19 cases, but organisers insist the Torch Relay will be held safely.

"The Torch Relay is a systematic undertaking to ensure a smooth operation," Yang Haibin, deputy director of Beijing Municipal Bureau of Sports and deputy manager of operation of the Torch Relay team at Beijing 2022, said.

"We have always prioritised safety in the Torch Relay and we have taken into consideration the epidemic prevention and control in the Games preparations.

"We have arranged the relay and relevant ceremonial activities being in safe and controllable spaces.

"At the same time of putting people front and centre, with the responsibility for the health of the general public we have very detailed and rigorous regulations in terms of epidemic and prevention and control."

Concerns over China’s human rights record have dominated the build-up to this year’s Winter Olympics, with protests continuing to be held overseas and several Western countries taking part in a diplomatic boycott of the Games.

Asked how organisers would deal with demonstrators, Wan Xuejun, deputy director general of the international relations department of Beijing 2022, added: "We have a very well-conceived plan for the Torch Relay.