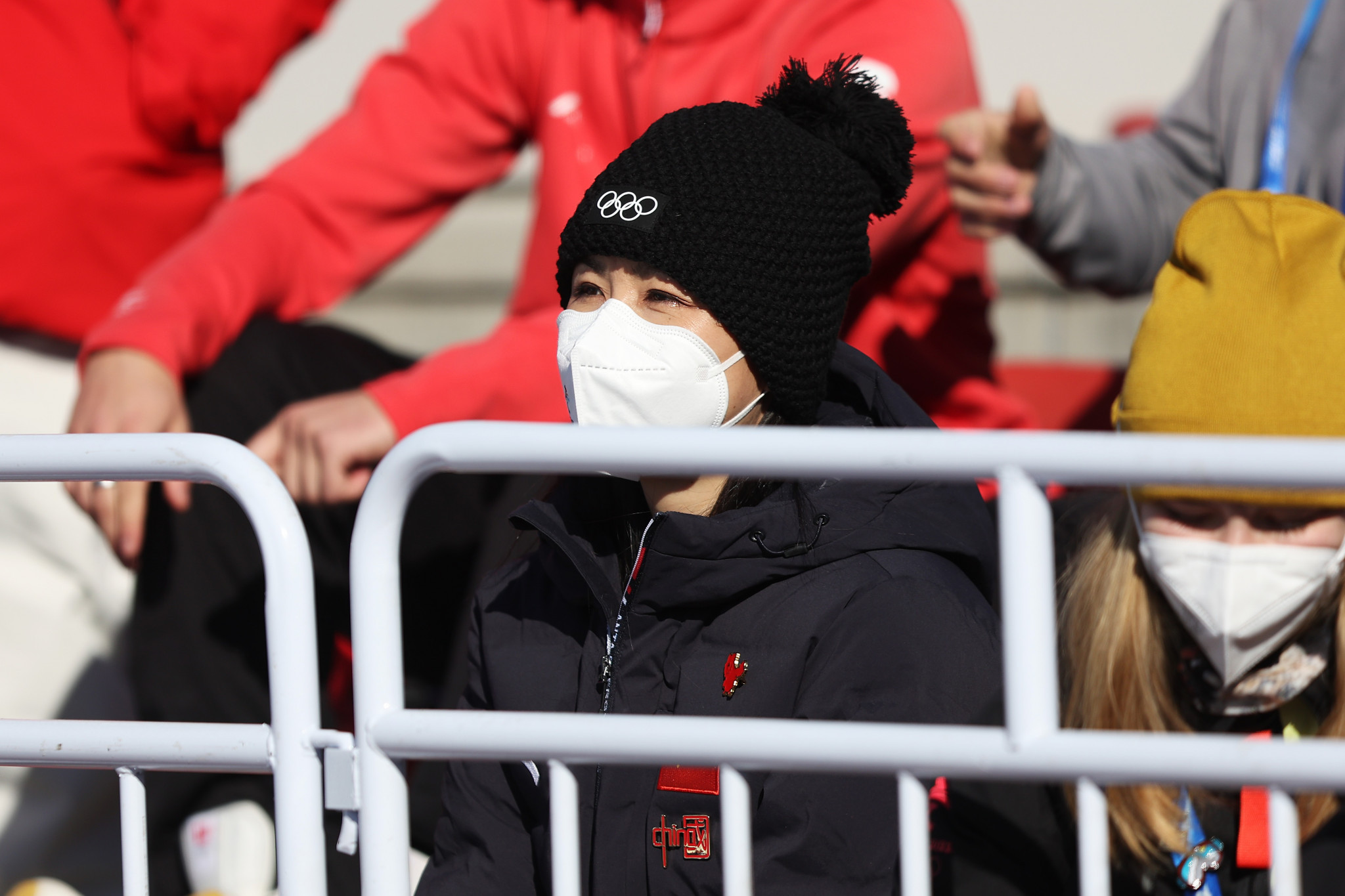 Peng has been spotted watching figure skating, curling and freeski big air competitions over the past couple of days at the Winter Olympics here.

Peng also had an interview with French newspaper L'Équipe in which she retracted sexual assault allegations she had previously made against a high-ranking Chinese Communist Party (CCP) official.

But in a statement published by the WTA, Simon claimed her recent in-person interview "does not alleviate any of our concerns".

"To reiterate our view, Peng took a bold step in publicly coming forth with the accusation that she was sexually assaulted by a senior Chinese government leader," said Simon.

"As we would do with any of our players globally, we have called for a formal investigation into the allegations by the appropriate authorities and an opportunity for the WTA to meet with Peng - privately - to discuss her situation.

"We continue to hold firm on our position and our thoughts remain with Peng Shuai."

Peng published a post on Chinese social media platform Weibo in which she alleged Zhang Gaoli, a former senior vice-premier and senior CCP official, sexually assaulted her 10 years ago.

This was deleted within 20 minutes, and Peng was not seen for more than two weeks afterwards.

The WTA announced in December the suspension of all tournaments in China due to concerns over the safety of Peng.

An email, sent to Simon, was claimed to have been written by Peng and was published by Chinese state media in November.

The email saw the author say that Peng was "not missing, nor am I unsafe", adding that the earlier allegation of sexual assault "is not true", but Simon questioned the authenticity of the message.

The IOC had held a series of video conversations with Peng before Bach and former IOC Athletes’ Commission chair Kirsty Coventry met the three-time Olympian at Beijing 2022.

The meeting was arranged in collaboration with the Chinese Olympic Committee (COC) and staged inside the "closed loop" in operation at the Games to separate participants and the general public.

Bach reportedly said Peng would leave the closed loop today but would need to undergo a quarantine period.

Others are not convinced Peng is not being coerced, including the WTA, which has made a point of highlighting that all communication with Peng in recent weeks has come through the COC and Chinese Government.

In the interview with L'Équipe, which was reportedly arranged through the COC, Peng said she had decided to delete the social media post where she made the accusations against Zhang and claimed there had been a "misunderstanding" of her initial comments.

Peng also denied that she had disappeared.

Marc Ventouillac, who was one of the two French journalists who spoke to Peng, admitted it was "impossible to say" whether she was able to speak freely and that the interview did not prove she was free and well.

Advocacy group Global Athlete criticised the IOC’s handling of the Peng case, claiming the organisation is complicit with China.

"Peng Shuai accused one of the most powerful men in China of sexual assault," a statement from Global Athlete read.

"By virtue of his work on the Olympic Games, this man is also a sport administrator.

"Peng’s allegation was censored almost immediately, she was wiped off the internet in China, and she disappeared from public life for over two weeks despite global concern for her welfare.

"Until the IOC acknowledges these facts, every action they take regarding Peng Shuai is assisting the CCP’s propaganda and misinformation campaign.

"Additionally, the IOC’s continual unwillingness to acknowledge these facts shows an abhorrent indifference to sexual abuse of athletes."