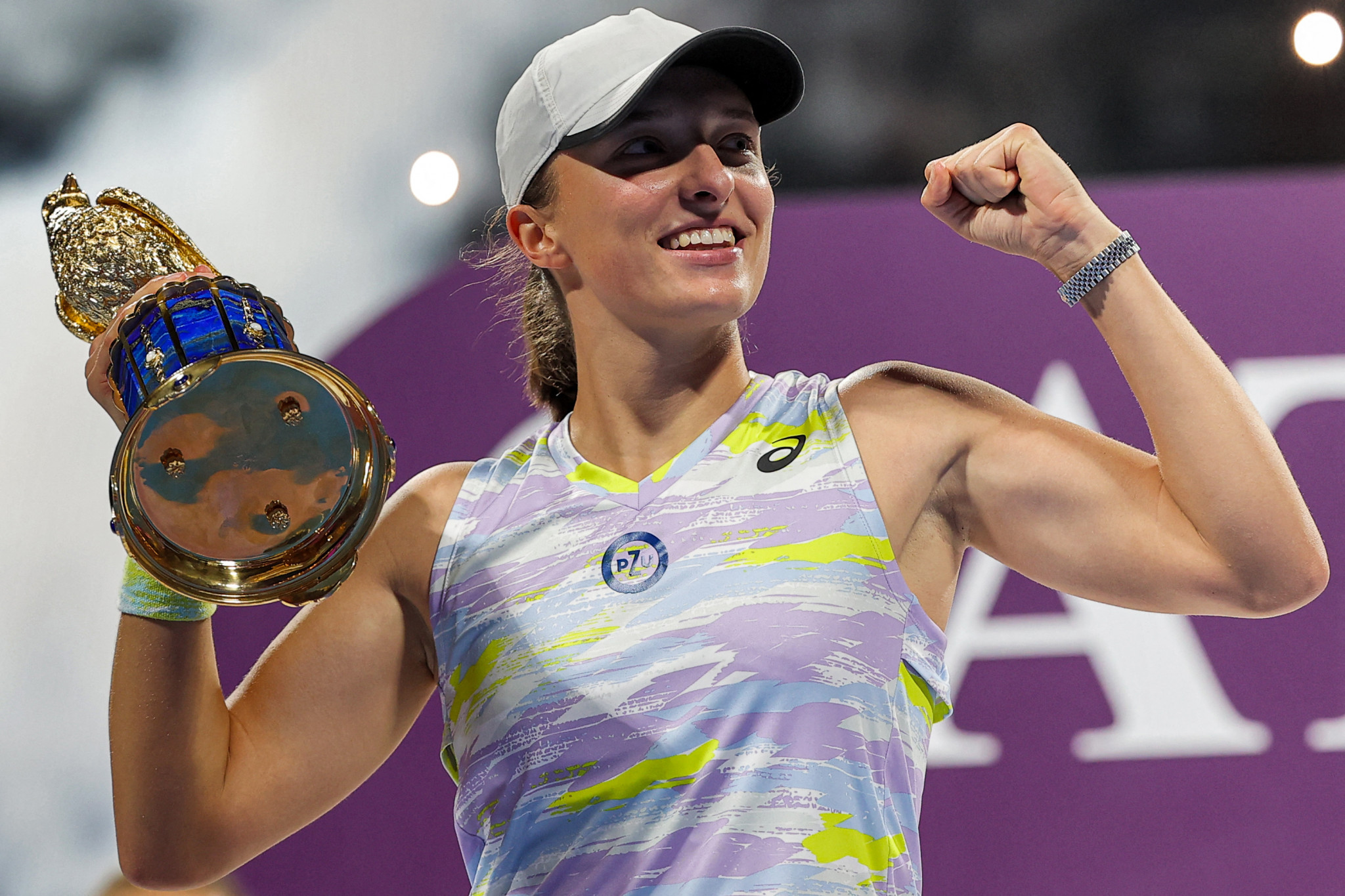 Iga Świątek earned the second Women's Tennis Association (WTA) 1000 title of her career with an impressive victory over Anett Kontaveit at the Qatar Open.

The Polish player triumphed in one hour and six minutes at the opening WTA 1000 event of the season at the Khalifa International Tennis and Squash Complex.

She took the first set 6-2 after breaking her Estonian opponent's serve on three occasions, before thrashing Kontaveit 6-0 in less than half an hour in the second set.

Świątek saved six of the seven break points she faced which contributed to her dominant victory, and her success topped off an impressive tournament for the 20-year-old.

She has only dropped two games in them. Combined.#QatarTennis pic.twitter.com/b2YF4iwnZF

She also amassed five aces en route to her win.

Świątek had beaten top seed and world number two Aryna Sabalenka of Belarus in straight sets in the quarter-finals, before triumphing over sixth seed Maria Sakkari of Greece in the last four.

Kontaveit had won her previous nine matches, and had reached more finals and won more matches than any other player on the WTA Tour since the start of last year.

The next scheduled WTA 1000 tournament is the Indian Wells Open in the United States, due to be held between March 9 and 20.