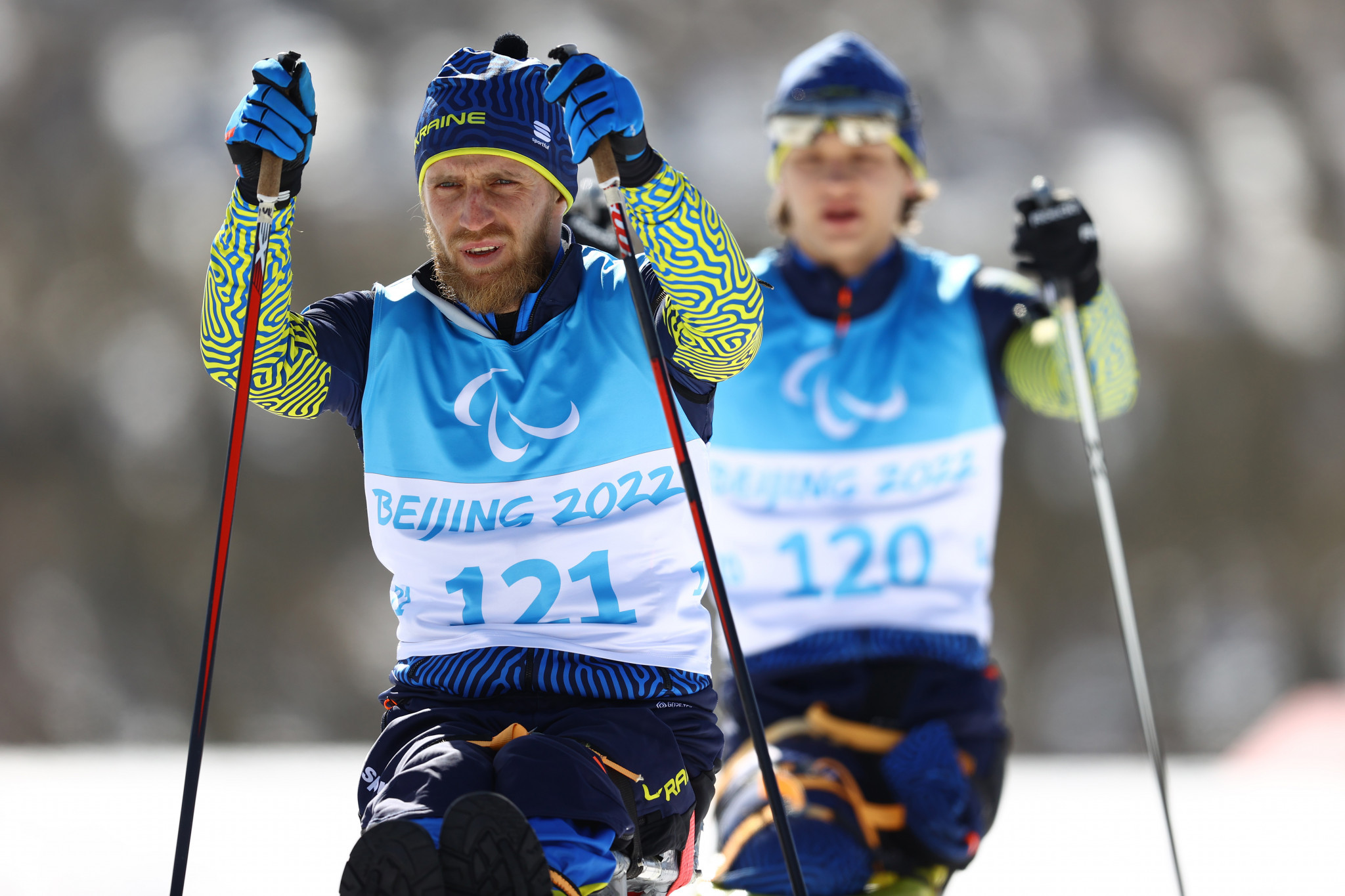 Ukraine look well placed for an emotional haul of biathlon medals at the Beijing 2022 Winter Paralympics after their heroic trip to the Games and Russia's exclusion.

All 20 members of Ukraine's team have made it to China after a journey described as a "mammoth challenge" by International Paralympic Committee (IPC) President Andrew Parsons, following the Russian invasion of the country.

The IPC today performed a U-turn and banned athletes from Russia and Belarus from competing in Beijing after ruling yesterday that they could attend as neutrals.

This means Ukraine has a fantastic chance of regular success at the biathlon as it was them and the Russians who dominated in the sport four years ago at Pyeongchang 2018.

Russians - again competing as neutral athletes due to the country's doping sanctions - won five golds to top the medal table in South Korea and Ukraine finished in second place with four.

Competition in Beijing will begin on Saturday (March 5) at the National Biathlon Centre with sprint events.

In the men's sitting, Ukraine's Vasyl Kravchuk will be favourite in the absence of Russian Ivan Golubkov.

Kravchuk, who is making his Paralympic debut, won silver behind his rival at the World Para Snow Sports Championships in Lillehammer in January.

Taras Rad, another Ukrainian, was third at this event and will also hope to challenge in Beijing.

Daniel Cnossen of the United States will defend his title but only finished 14th in Lillehammer so will need an improvement in fortunes.

The women's sitting will see Germany's Anja Wicker looking to add to her gold from Lillehammer.

She will battle against the silver medallist Kendall Gretsch of the US, who will defend her title from Pyeongchang.

In the women's standing, Ukraine look well-poised after Oleksandra Kononova, Liudmyla Liashenko and Yuliya Batenkova-Baumen claimed a 1-2-3 finish in Lillehammer.

Ekaterina Rumyantseva and Anna Milenina from Russia, who won gold and silver in Pyeongchang, will be absent.

World champion Vladislav Lekomtsev of Russia will be missing from the men's standing, as well as silver medallist Aleksandr Pronkov.

That opens the door for Ukraine's Grygorii Vovchynskyi, who was third in Lillehammer, while France's Benjamin Daviet will enter as defending champion.

In the women's vision impaired, Ukraine's Pyeongchang 2018 silver medallist Oksana Shyshkova has seen her chances improved as the three Russians who swept the podium in Lillehammer are now banned.

Champion Vera Khlyzova, Ekaterina Razumnaia and Anna Panferova will all not be able to compete.

The men's vision impaired was due to be a straight fight between Ukraine and Belarus.