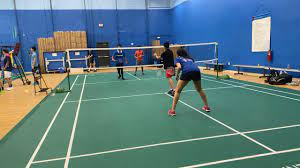 North Carolina’s bid to host the 2027 Summer World University Games is already proving to be beneficial, it is claimed, as the American state has been announced as the host of this month's USA Badminton Collegiate National Championships.

The competition, due to be hosted between March 25 and 27, will be held at Triangle Badminton and Table Tennis in Morrisville.

"We are mindful that North Carolina is in the final phase of a bid to land the 2027 World University Games and these Championships can help support that initiative.”

The importance of the event stems deeper as it will be the selection event for the United States Collegiate National Team heading to the 2022 World University Games in Chengdu, scheduled to be held between June 26 and July 7.

USA Badminton plans to choose a team of six women and six men for Chengdu 2022, with the winners of each event to fill the team.

"We cannot thank Linda French and the leadership of USA Badminton enough for choosing the Triangle for a Championship event that also promotes our efforts to land the world’s top event for collegiate athletes."

The International University Sports Federation last month announced that both candidates for the Summer World University Games, North Carolina and Chungcheong in South Korea, had been put forward to the next stage of the bid process.

The Triangle region, where the Badminton Collegiate National Championships will be held, is the proposed location for the competition.