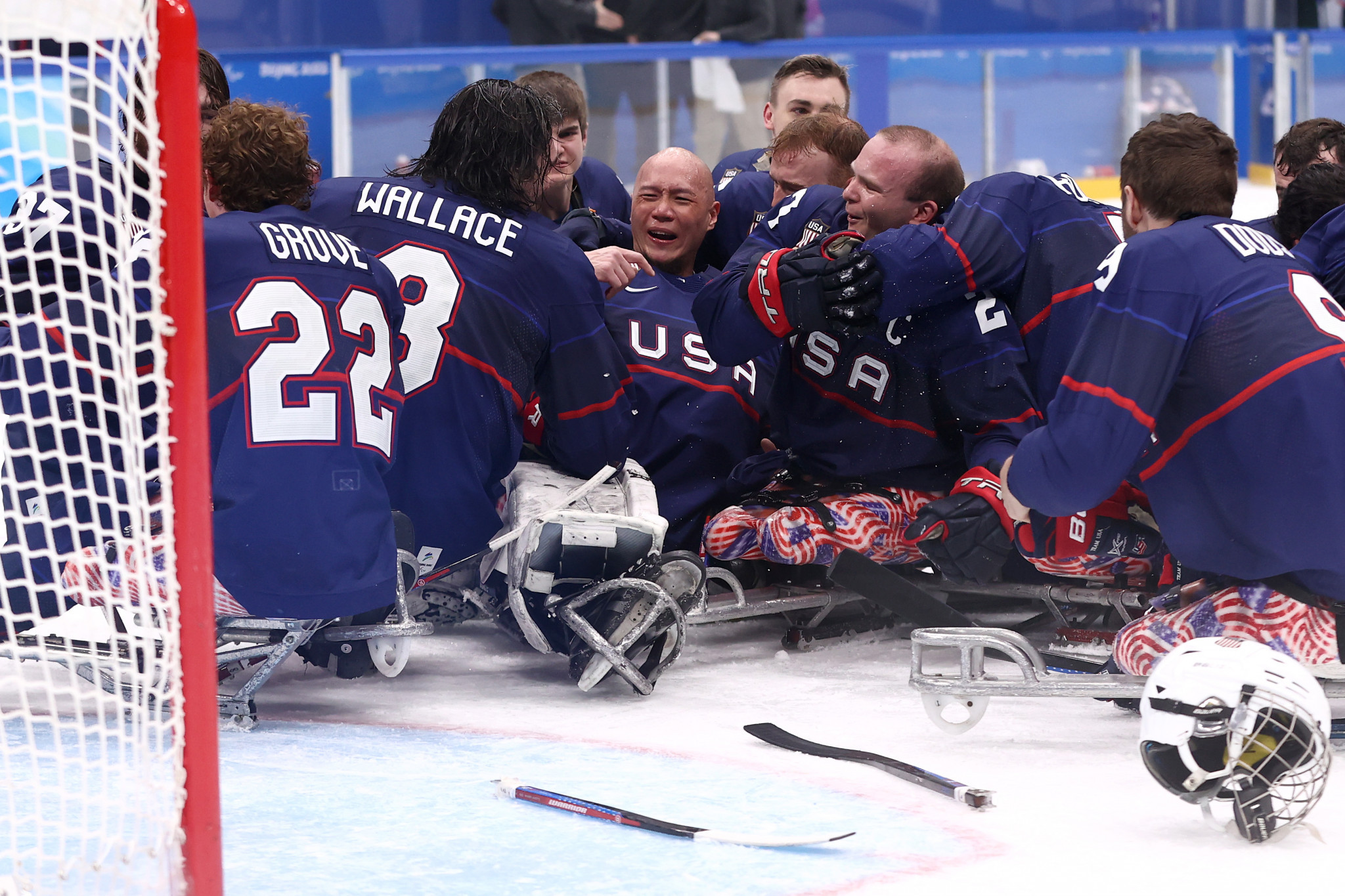 The United States have won a fourth consecutive Winter Paralympic ice hockey title, crushing Canada 5-0 in the latest instalment of the rivalry between the two North American nations.

The five-time champions were led by instrumental three-point performances by Brody Roybal and Declan Farmer, who registered two goals and one assist each.

Canada were made to rue their missed chances as they were unable to capitalise on 16 shots on goal and 8min 37sec of powerplay time.

Farmer found the net in the 10th minute after forcefully winning the puck and bearing down onto goal before powering a fierce effort beyond goaltender Dominic Larocque during a Canadian powerplay.

A further two goals came in the second period, courtesy of Roybal and Josh Pauls, before Farmer sealed the deal inside the last 10 minutes to confirm his status as the tournament's scoring leader with 18 points.

Canada came out of the gate hot and made a fantastic start to the first period with eight shots to three.

They were aided by the US committing four penalties but could not make it count.

From the second period onwards, David Hoff's side were completely dominant and it was just a matter of damage limitation for the Canadians.

When the final buzzer sounded to end the match, all of the US players to flooded onto the ice and rejoiced as they are world and Paralympic champions once again.

Across their four matches, the US won all four with the aggregate score 30-1, conceding only to South Korea.

The US have now won every single Paralympic ice hockey gold medal since Vancouver 2010 as well as a home triumph at Salt Lake City 2002.