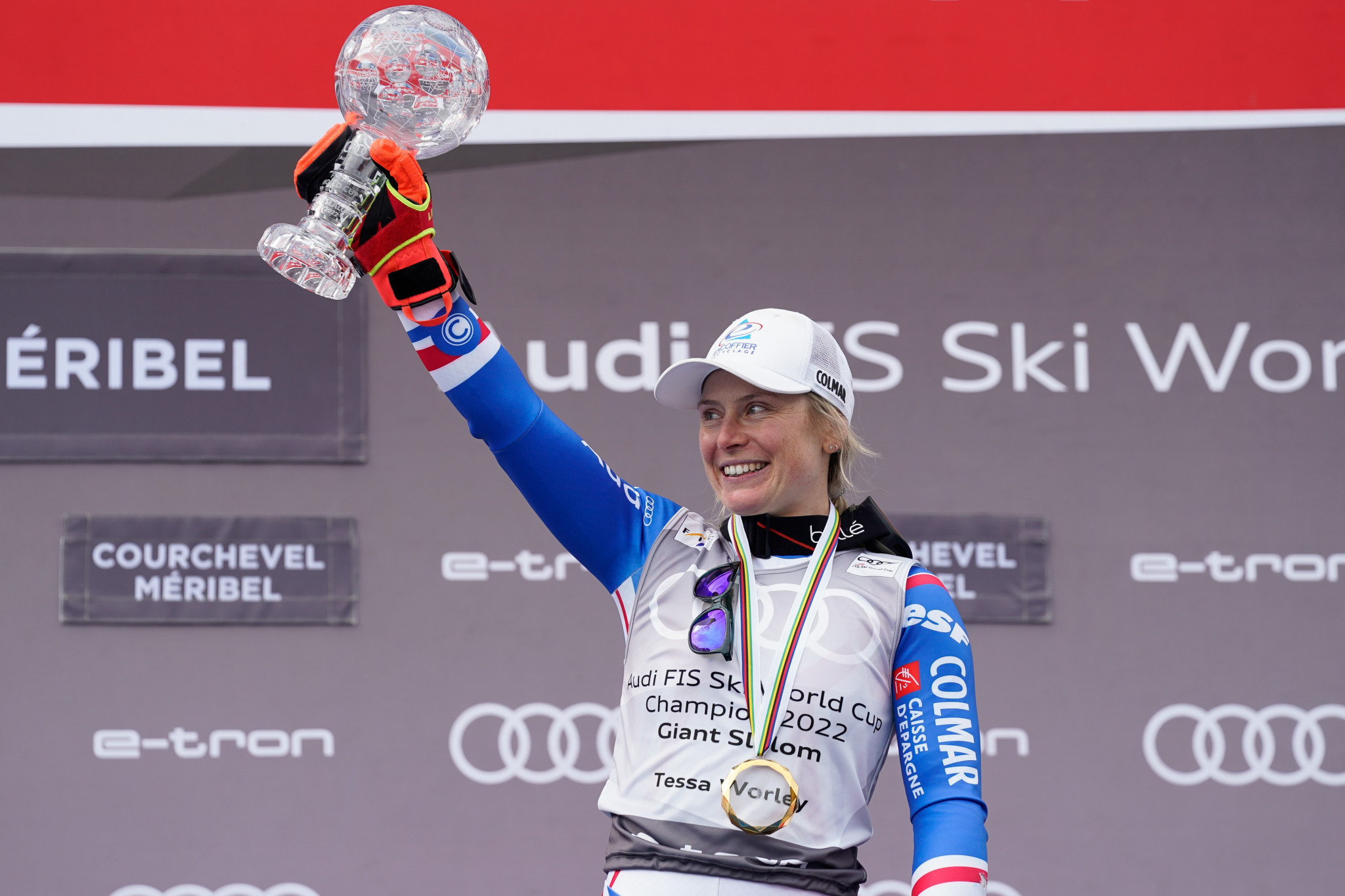 There were just over 50 points separating the top three in the giant slalom standings heading into today's season finale at the French resort and it went right down to the wire.

American Michaela Shiffrin started the day in third position behind Sweden’s Sara Hector and Worley before moving in front after a storming first run.

Shiffrin, who captured her fourth overall World Cup crown earlier this week, crossed the finish line in 1min 6.32sec, while Worley and Hector placed eighth and 13th respectively at the halfway stage.

Hector’s title hopes were dashed by a second-run time of 1:07.75 as she finished 14th overall and Worley seized her chance.

The Frenchwoman clocked 1:07.12 to finish on 2:15.13 as she took the lead in the race with seven skiers remaining.

But Shiffrin produced the 24th slowest run, moving her down to seventh overall as fourth-placed Worley was confirmed as this season’s giant slalom champion.

After nine races in the discipline, Worley totalled 567 points with Hector dropping down to second with 540 and Shiffrin came third with 507.

Claiming his second slalom victory, Atle Lie McGrath becomes the only other male skier (other than @H_Kristoffersen) to claim two slalom victories this season… what a way to finish👏#fisalpine pic.twitter.com/tWnPSaVsTs

The men’s slalom title race was also decided with Kristoffersen managing to hold off the challenge of Lucas Braathen to secure top spot.

It was thrilling race as Braathen headed a Norwegian one-two-three, edging both Kristoffersen and Atle Lie McGrath, after the first run.

Braathen clocked 44.82sec to take the lead but finished the second run almost 10 seconds slower, opening the door for Kristoffersen.

Kristoffersen then held his composure to place second overall with a combined time of 1:34.39.

McGrath secured the race victory with 1:34.52, while Austria’s Manuel Feller came third with 1:35.29 as Braathen finished down in 11th position.

Kristoffersen ended the 10-race slalom campaign on 451 points, followed by Feller on 361 and McGrath on 348.