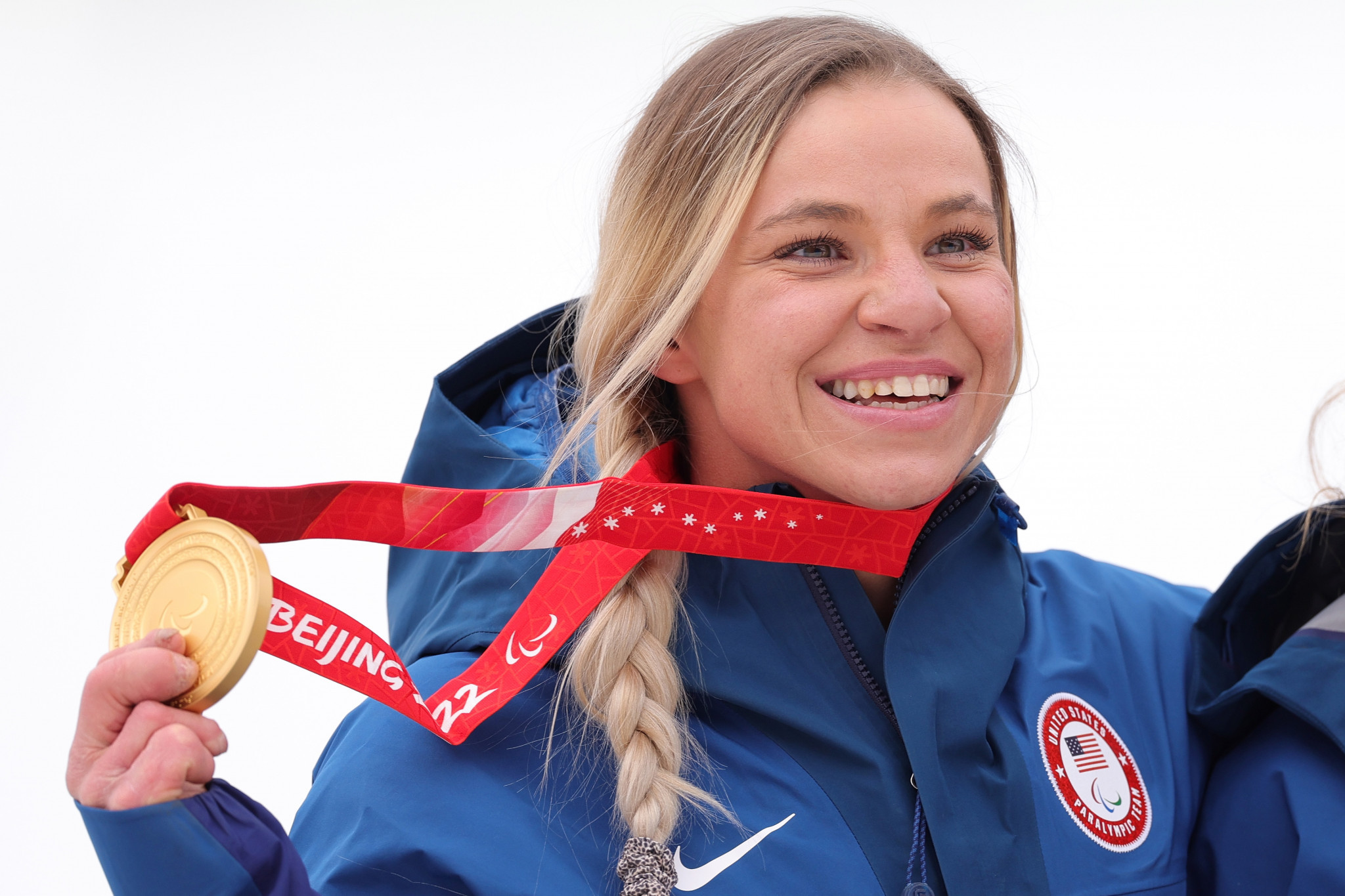 Para Nordic skier Oksana Masters has admitted that the Beijing 2022 Winter Paralympics was "one of the most challenging Games" due to the war in Ukraine, despite claiming medals in all seven of her events.

Masters was born in Ukraine before moving to the United States, and going on to represent the country at the Summer and Winter Paralympics.

At Beijing 2022, she became the US' most decorated Winter Paralympian after claiming two golds and one silver in Para biathlon, and one gold as well as three silvers in Para cross-country skiing.

Russia launched an attack on Ukraine in between the end of the Winter Olympics and the start of the Winter Paralympics, which according to the United Nations has caused more than 1,200 civilian deaths - although it is feared that the true figure is far higher - and more than 4.1 million people to flee the country.

Both Russia and Belarus were banned outright from the Winter Paralympics due to the invasion, while there were emotional scenes as Ukraine placed second on the medal table.

During Beijing 2022, Masters posted on Instagram that she felt "selfish, helpless, and guilty for being here", and declared "I have always been so proud to be Ukrainian".

Reflecting on her experience, Masters admitted that it was difficult for her at times during the Games.

"Ukrainian sport and Para Nordic and biathlon, they are a powerhouse," she told insidethegames.

"They are what inspire me and motivate me.

"I barely slept all throughout Beijing because of what was happening.

"There was just tears rolling down my eyes.

"Doors opened up, and sport allows you to represent so many different areas of you in what you can represent.

"I never realised how much an emotional toll could take on your physical feeling too as an athlete.

"Beijing probably was one of the most challenging Games for that reason."

Masters insisted that all displays of solidarity within the sporting world towards Ukraine are gratefully received.

"We can help in so many different ways, and be a part of uniting and rebuilding," she said.

"It's really important for people.

"There's so many leagues and some of the events, especially in the cross-country, where the event is taking place with the Ukrainian flag, and it's just those small actions showing that they're standing in solidarity.

"Even though we're in the middle of a sport and there's so much going on, we can still be present and bring awareness to what is going on, and inspire help and change.

"I hope more people realise that you don't have to give money away to help.

"There's so many different ways you can show your solidarity with Ukraine, and just your support and making sure that their stories and what's happening there is being shared and seen."

"I wanted to bring awareness to the power of Ukraine, whether you're a Ukrainian athlete or from Ukraine and being able to represent that, and was able to transfer all of my desire and passion and motivation to get on that start line, then transferred it to represent something more - unite the world through sports in that way, and also to give back to Ukraine," Masters said.

"In Beijing, one of the nights I couldn't sleep, and this is why I could not imagine a better partnership than the Hartford, because at a time where I couldn't smile honestly, they made it possible.

"I finally smiled when I saw a post and they lit up their tower and it was in the Ukrainian colours, and it was just really hit home to me.

"They just support you in so many ways more than just an athlete but as a person, and where you come from, and they have your back and so many people's back, and it was just extra special."

Reflecting on her sporting performance at Beijing 2022, Masters was thrilled with her medal haul.

"What I exceeded my expectation on was where I got the gold medals," she admitted.

"I had no idea it was going to be in biathlon because it's a love-hate long road struggle with that sport.

"To be able to finish on the podium in six of my individual events, and then I didn't find out I was going to be in the seventh event in the relay until the day before, so that was cherry on top winning as a team and Team USA and for US Para Nordic skiing.

"Almost 10 years ago was when I got my start at the Hartford Ski Spectacular in in cross-country skiing and biathlon.

"To be able to go from an opportunity like that to here, medal in all seven events that you start, I would never have imagined something like that would be possible."