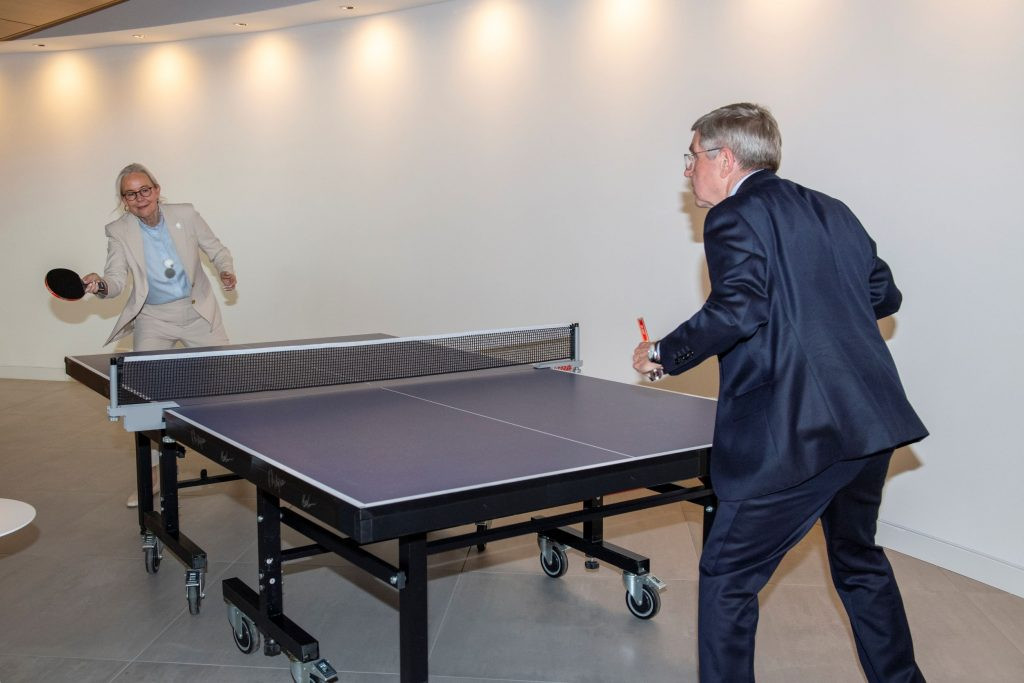 The officials met on the eve of the day, which is celebrated annually on April 6.

The ITTF said using table tennis for peace is the central message of this year’s event, highlighting the 50th anniversary of Ping Pong Diplomacy.

The Chinese national team visited the United States on April 12 1972, a year after the US team had visited Beijing.

The visits had the slogan "friendship first, competition second", with the table tennis events viewed as helping to ease relations between the nations.

The ITTF says the message of peace is particularly vital this year, due to Russia’s ongoing invasion of Ukraine.

"On World Table Tennis Day 2022, we are all witnessing the unique power of sport and how table tennis can create dialogue and foster mutual understanding," said Sörling.

"May it inspire dreams and hopes for not only the entire table tennis community but also the next generation, whatever their aims and goals worldwide."

Sörling and Bach’s meeting was held at Olympic House in Lausanne.

The two officials played table tennis against each other during the visit.

"Table tennis, being an Olympic sport, makes a fundamental contribution to this mission, and has proved to be a tool of diplomacy.

"I wish everyone a great World Table Tennis Day, which is celebrated on the International Day of Sport for Development and Peace.

"This is a great opportunity to highlight how sport, the Olympic Games and table tennis promote tolerance, solidarity and peace among the participants, fans and people all over the world."

The ITTF has said 158 events were planned throughout World Table Tennis Day across the world.

A 24 hour online stream was set up by the ITTF with a schedule of programmes to mark the day.

This included showing matches from memorable tournaments, including the Tokyo 2020 Olympic Games and the 2021 World Table Tennis Championships.

The 2011 Qatar Peace and Sport Cup was also featured, with the event featuring the United States, Russia, North Korea and South Korea.