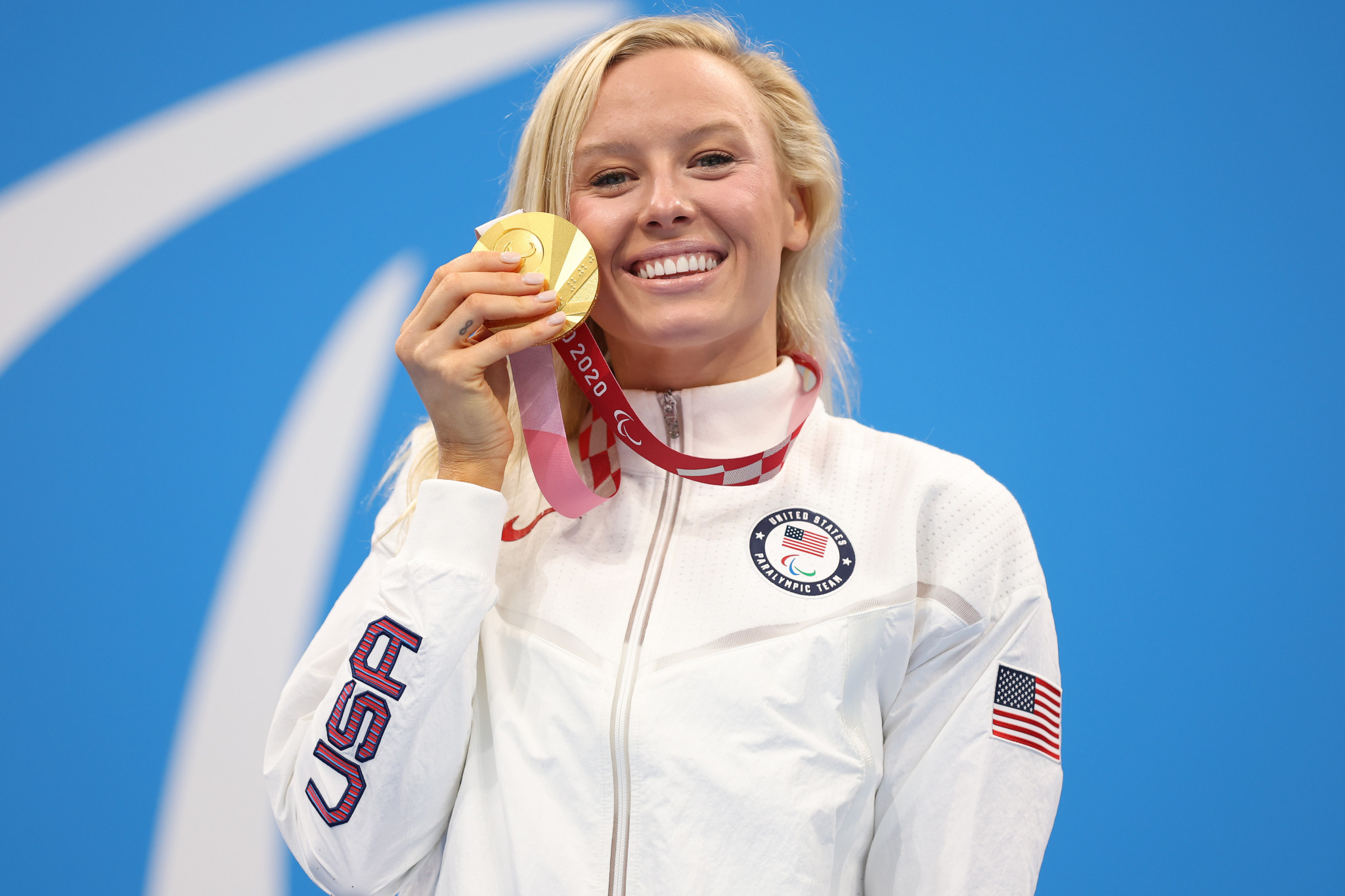 The 29-time Paralympic medallist Jessica Long was one of 11 American individuals paid to promote the Beijing 2022 Winter Olympics and Paralympics, a report has claimed.

A $300,000 (£230,000/€275,000) agreement between the Chinese Consulate General in New York and the New Jersey-based Vippi Media, a company which represents social media influencers, had already been revealed in Foreign Agents Registration Act Records.

Vippi Media was responsible for recruiting high-profile individuals for the promotional campaign under the deal, which ran from November last year until March 2022.

Long has won 16 Para swimming gold medals at the Paralympic Games, dating back to Athens 2004 and including three at Tokyo 2020.

She was named by the Associated Press as one of the influencers who took part in the campaign for Beijing 2022.

One of the posts identified in the report was from January 27, eight days before the Opening Ceremony.

"There is no looking back for all the amazing athletes getting ready to compete, the focus is on, the excitement is building up," Long posted.

"I can’t wait to watch and cheer for Team USA, I wish them the best of luck!

"Have fun making lasting memories at the Winter Olympic Games in Beijing, China.

"What are you looking forward to watching?"

It featured a photograph of Long at the Beijing 2008 Summer Paralympics, and concluded with the hashtags "#Partner #Beijing2022 #tbt #Beijing2008".

Long did not immediately return the Associated Press' request for a comment.

The build-up to Beijing 2022 was dominated by concerns over China's human rights record, which prompted a diplomatic boycott from nations including the United States, Australia, Britain and Canada.

Host nation China came under scrutiny for its treatment of Uyghur Muslims in Xinjiang, which critics have argued amounts to genocide.

China's record in Tibet and Hong Kong, as well as the welfare of tennis player Peng Shuai, were also among the dominant issues in the build-up to Beijing 2022.

Beijing has consistently denied the charges laid against it, and claims the camps are training centres designed to stamp out Islamist extremism and separatism.

The issue came to the fore during a press conference at the Winter Olympics, when Beijing 2022 spokesperson Yan Jiarong dismissed claims of human rights violations in Xinjiang as "lies".

The International Olympic Committee faced criticism for its handling of the controversies.

The Winter Olympics ran from February 4 to 20, and the Winter Paralympics from March 4 to 13.