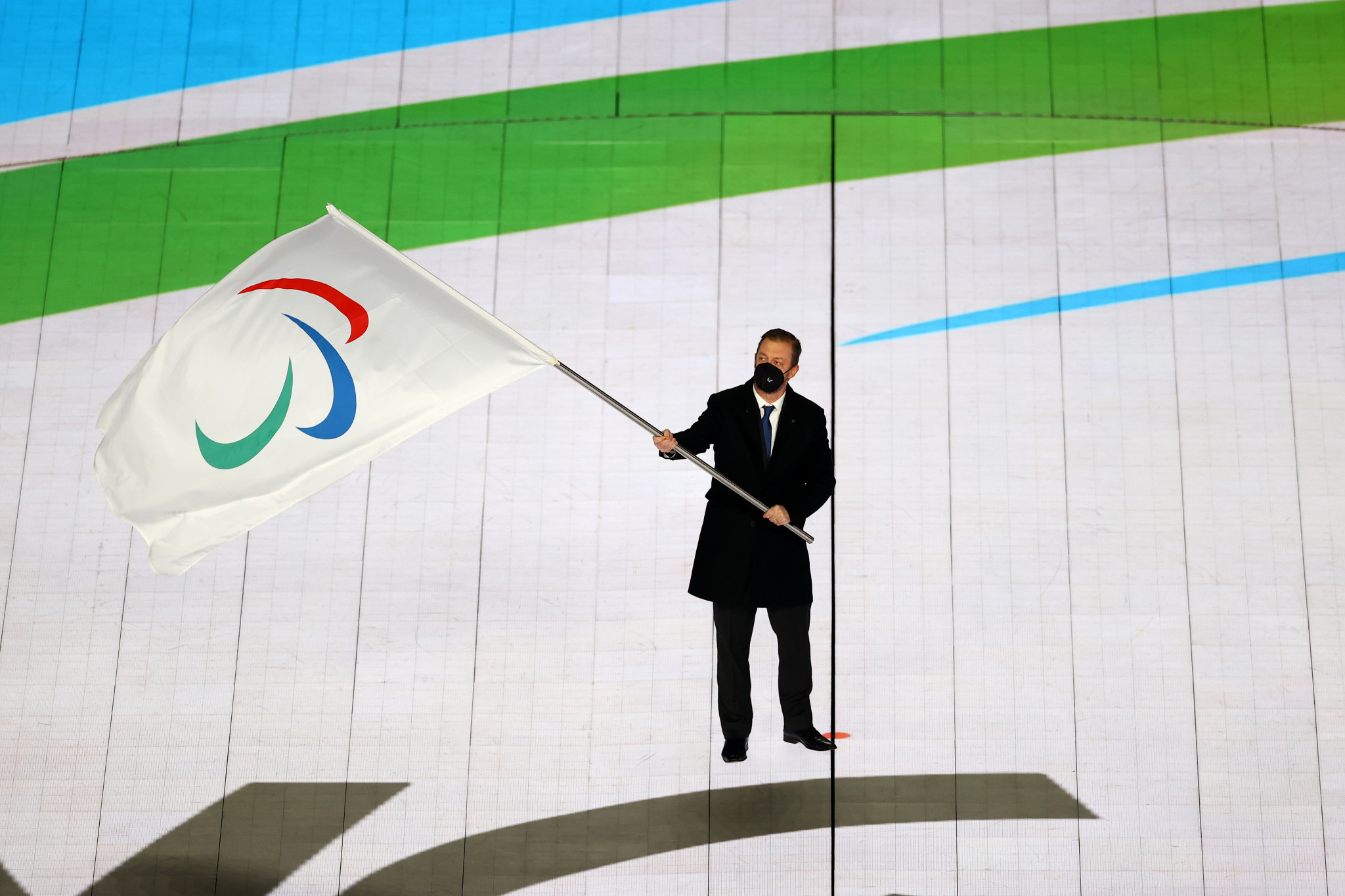 Russia and Belarus could lose their International Paralympic Committee (IPC) membership over the ongoing war in Ukraine as an Extraordinary General Assembly (EGM) looks set to be called to decide their fate and potentially oblige members to follow the Olympic Truce.

IPC President Andrew Parsons has told insidethegames that the organisation is planning to stage the meeting in November, when two motions are expected to be tabled to members in response to Russia’s invasion of Ukraine, aided by Belarus.

Another vote is also being proposed for the EGM in which members would be asked whether adhering to the Olympic Truce - a peace agreement that runs from before the Olympics to the conclusion of the Paralympics - should be a "membership obligation".

Plans to hold the meeting come after Russian and Belarusian athletes were banned from competing at the Winter Paralympics in Beijing in the wake of a full-scale Russian invasion of Ukraine on February 24.

The IPC had initially allowed athletes from the two nations to participate as neutrals, only to perform a U-turn amid boycott threats from other countries.

"When it comes to the future, we don’t know," Parsons told insidethegames.

"It depends on what happens with the war.

"I believe that there is a direct link between the reaction of the international sporting community and in our case the National Paralympic Committees (NPCs) and what is happening in Ukraine or what will happen in Ukraine."

Russia and Belarus have become pariahs in the world of sport as organisations continue to impose sanctions against the two countries, while Ukraine remains under attack from Russian forces.

Russian and Belarusian swimmers will be banned from participating at next month’s World Para Swimming Championships in Funchal in Portugal.

The NPCs of Russia and Belarus remain members of the IPC, but Parsons admits he is unsure when athletes from the two nations will re-enter international competition.

Parsons said the IPC had informed its 182-strong membership that there are plans to hold an EGM in the "first half of November" to address the status of Russia and Belarus.

"We are going to call an Extraordinary General Assembly which will probably take place around November together with our membership gathering where we will put forward two questions for the membership to decide," said Parsons.

"First of all, is [whether] we should include that respecting the Olympic Trust is a membership obligation because at the moment it is not.

"This is why we as a Board could not suspend Russia and Belarus as our first decision.

"If the membership says 'Yes' to that then in a similar situation in the future we can suspend them.

"It is like what happened [at Rio 2016] because providing a doping-free environment and so on and so forth it is a membership obligation and the Russian Paralympic Committee did not guarantee that which is why they were suspended in the lead-up to Rio 2016.

"In this case it was different.

"The second decision is [whether] the membership wants to suspend or terminate the membership of the National Paralympic Committees of Russia and Belarus.

"The General Assembly can suspend them and terminate their membership for these reasons whereas we, as a Board, can only spend suspend them if they breach a membership obligation."

Parsons added: "I think what will drive the opinion of the membership will be what is going on in Ukraine.

"If the war is over, that could be one decision.

"If the war is not over or getting worse with more people getting killed the decision could go another way.

"At the end of the day it is a decision that our membership are going to make."

Following the conclusion of Beijing 2022, Russia and Belarus participated in a replacement multi-sport event staged in the Siberian city of Khanty-Mansiysk in March.

The competition was devised to allow athletes from the two nations to compete after they were banned from the Winter Paralympics.

There are also RPC plans to hold 30 competitions in Russia "with the participation of athletes from friendly countries".

At least 3,309 civilians have been killed in Ukraine since the escalation of the conflict on February 24, according to the United Nations, although the true figure is believed to be far higher.

Russia has been accused of committing a genocide by Ukrainian authorities, with mounting evidence that civilians have been murdered indiscriminately in some areas.

Some estimates put the combined military death toll above 20,000.

Asked whether the IPC was still in contact with the RPC and Belarusian NPC, Parsons added: "They are not suspended at the moment.

"Other than not participating in competitions, we still have a relationship with them as members.

"I cannot say they are happy with the decisions.

"Because we foresee some legal challenges in the future, I don’t want to speculate too much on that, but we are in contact with them.

"They are not happy.

"They do not agree with the decisions that we made."