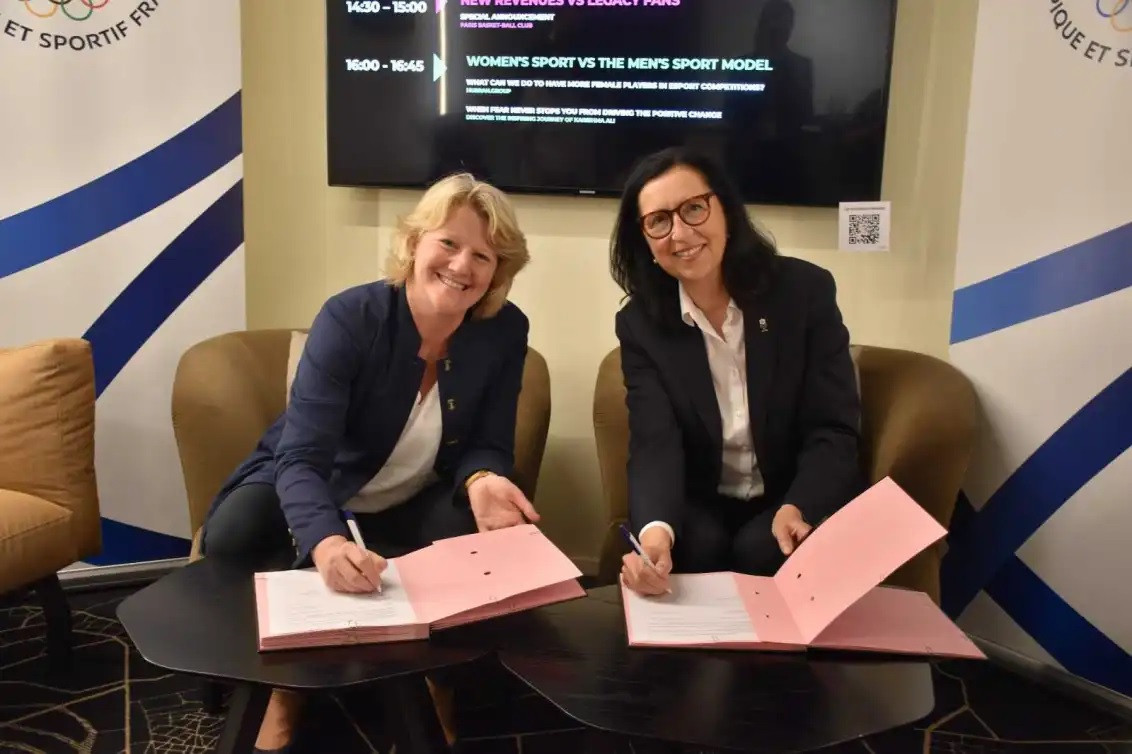 A collaboration agreement has been signed by the French National Olympic and Sports Committee (CNOSF) and the Canadian Olympic Committee (COC) in a bid to strengthen relations between the two organisations before the 2024 Olympics here.

CNOSF President Brigitte Henriques and her COC counterpart Tricia Smith signed the Memorandum of Understanding during this year’s Global Sports Week in the French capital.

The collaboration aims to promote Olympic values, protect clean and ethical sport and develop sport in both France and Canada, including physical education and high-performance sport.

It also looks to promote the French language in Canada and share experiences and best practices in communication and market, legal and institutional matter and bidding and subsequent organisation of major international sporting events.

"The power of the Olympic Movement to unite us in peace, friendship and solidarity is at the core of this agreement and of the relationship our two NOCs [National Olympic Committees] share," said Smith.

"We are excited to join them on the road to Paris 2024 and look forward to our continued collaboration."

It was the first official visit to Paris for Surin since being named as head of the Canadian team for the next Summer Olympics.

During the trip, the Canadian delegation also visited Paris 2024 venues and met delegates from other NOCs attending Global Sports Week held at the Accor Arena yesterday and today.

"Between the announcement of Bruny and this visit to France, there is a real sense of excitement in the air as we focus our efforts towards the next Olympic Games," said Myles.

"This agreement will go a long way in helping both our nations prepare for Paris 2024 and beyond while promoting our shared culture and sport development goals."