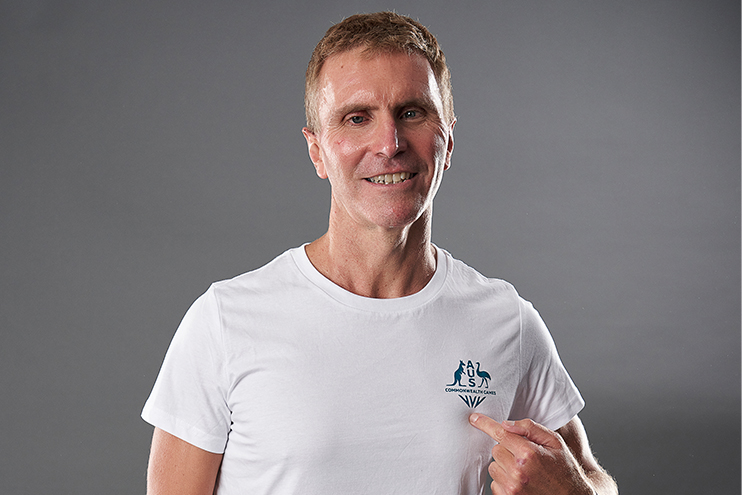 Three-time Paralympian Gerrard Gosens has been named in Australia’s Para-triathlon squad for the 2022 Commonwealth Games in Birmingham.

Gosens competed at the 1996 Paralympic Games in Atlanta in goalball, before contesting athletics events at Sydney 2000 and Beijing 2008.

The 52-year-old has since climbed Mount Everest, run 2,000 kilometres from Cairns to Brisbane five times and competed in Dancing with the Stars.

Gosens will compete in the men’s visually impaired event at Birmingham 2022, alongside his guide Hayden Armstrong.

Visually impaired events are debuting at the Commonwealth Games, with Australia due to field four athletes and their guides.

Sam Harding and Jonathan Goerlach will also compete in the men’s event at the Games, alongside guides Luke Harvey and David Mainwaring.

Erica Burleigh will also compete at the Games, just four months after taking up triathlon.

Burleigh will be joined by guide Felicity Cradick in the women’s visually impaired event.

"The Birmingham Games witnesses the introduction of the vision impaired Triathlon classification to the Commonwealth Games, so it is exciting to welcome Gerrard, Sam, Jonathan and Erica, plus their guides Hayden, Luke, David and Felicity to the Australian Team for their Commonwealth Games debuts.

"This is a special day for all the team members, their coaches, their families and supporters, and I know they will be giving it their all and representing Australia proudly in Birmingham."

Five triathlon events are scheduled to contested at Birmingham 2022.

Visually impaired events will be held, along with men’s, women’s and mixed relay triathlon competitions.

Australia has won 12 total medals in triathlon at the Commonwealth Games, including three gold medals.