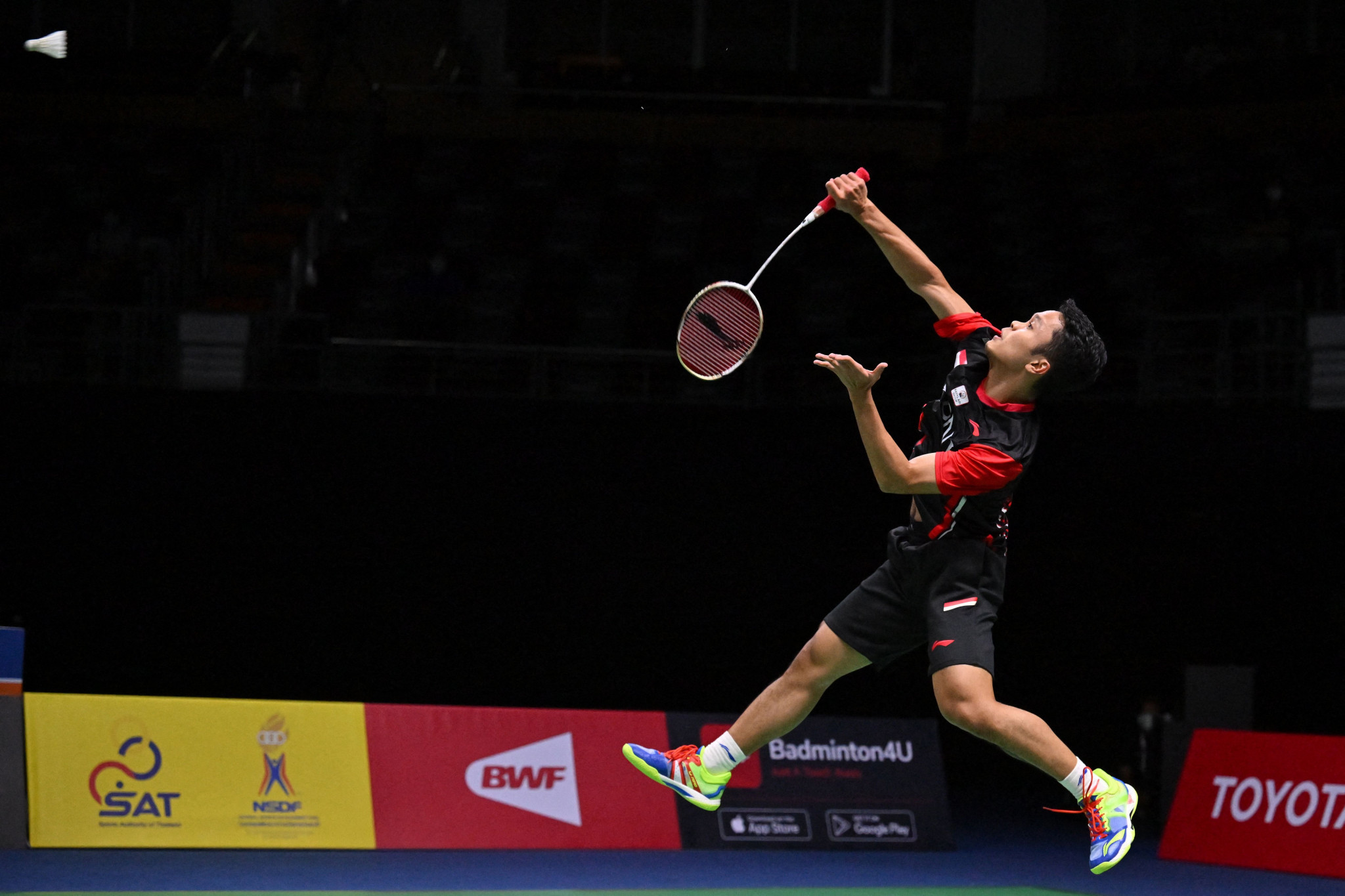 The two nations were meeting in a repeat of the 2020 men’s final, where Indonesia emerged as the competition winners.

Anthony Sinisuka Ginting gave Indonesia the perfect start in the quarter-final at the Impact Arena Court, beating Zhao Jun Peng 21-12, 25-27, 21-17 in a match lasting for one hour and 20 minutes.

Mohammed Ahsan and Kevin Sanjaya Sukamuljo won the doubles rubber 21-17, 21-16 over Liu Yu Chen and Ou Xuan Yi to move Indonesia one win away from victory.

Indonesia’s place in the semi-finals was secured by Jonatan Christie, who earned a 21-13, 21-18 win over Li Shi Feng in the second singles match.

The result marks just the second time China have failed to reach the last four since the current format was introduced in 1990, after also suffering a quarter-final exit in 2016.

Having beaten the 10-time winners, Indonesia will now face Japan in the last four of the competition as they seek a 15th title.

Japan earned a hard-fought win over Chinese Taipei in their quarter-final, after trailing 2-1 following the first matches of the contest.

Denmark overcame South Korea 3-2 in their quarter-final match, with India matching the result against Malaysia.

China were 3-0 winners against Indonesia, with Cheng Yu Fei and He Bing Jiao winning their singles contests to help the defending champions reach the semi-finals.

China will face hosts Thailand, who recorded a 3-0 win over India in the quarter-finals.

Japan, the 2020 runners-up, were 3-0 winners over Chinese Taipei in their quarter-final match.