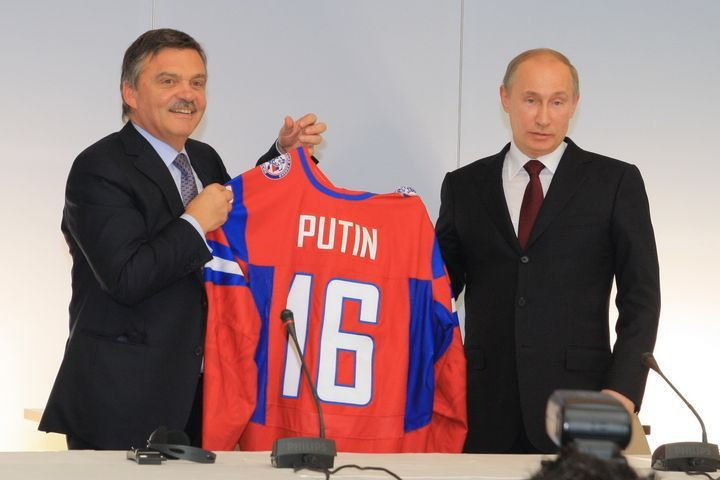 René Fasel has been warned to stay away from the International Ice Hockey Federation (IIHF) World Championship in Finland because of his close links to Russia.

The IIHF Life President is currently under investigation by the world governing body’s Ethics Board after he reportedly took up a lucrative consultancy role with the Russian-funded Kontinental Hockey League (KHL), as well as public statements about the invasion of Ukraine.

"All in all, the Russian war is a very sad event, and it has a lot of negative effects on hockey, other sports and certainly Fasel," Matti Nurminen, chief executive of the Finnish Ice Hockey Association, told the country’s national broadcaster Yle after the World Championship opened last Saturday (May 13).

"Officially, he is the honorary chairman [of the IIHF] and has received an invitation.

"I know that behind the scenes he has been kindly told that perhaps he should exercise serious consideration as to whether he will arrive."

Fasel, an honorary member of the International Olympic Committee, has refused to condemn Russia's attack on Ukraine.

"War cannot diminish my love for Russia," he has said.

"What is happening now has nothing to do with sports."

Fasel called the IIHF decision to ban Russian teams from competition as "a sad moment for me".

Finland’s former Prime Minister Alexander Stubb had called Fasel "a disgrace to the global ice hockey family" on social media after details of his work with the KHL emerged shortly after Russia’s attack on Ukraine.

"If news confirmed, the EU (European Union) should put him on the sanctions list," Stubb wrote.

"Under no circumstance welcomed to World Champs in Finland in May."

Former President of the @IIHFHockey, René Fasel, is now allegedly working for @khl_eng. He is a disgrace to the global ice-hockey family. If news confirmed, the EU should put him on the sanctions list. Under no circumstance welcomed to World Champs in Finland in May.

The KHL had claimed that Fasel, President of the IIHF between 1994 and 2021, would work with the competition that features 19 Russian teams to help resolve "strategic and developmental issues".

Finnish team Jokerit and Latvian side Dinamo Riga have both quit the league in protest at Russia's invasion of Ukraine, while the National Hockey League in North America ended all dealings with the KHL as a consequence.

Fasel has made no secret of his close relationship with Russian President Vladimir Putin, who hailed him as a "very responsible, knowledgeable, proactive and open person" when he stepped down as head of the IIHF last September.

Fasel has denied signing any contract with the KHL but defended offering advice to the league.

Earlier this week, Finland reversed its decades long policy of neutrality and announced it would join the North Atlantic Treaty Organization (NATO), a military alliance between 30 member states, of which 28 are in Europe and the other two in North America, to ensure, it claimed, guaranteeing its safety.

Putin responded by warning that Finland, which shares an 830-mile border with Russia, could be exposing itself to attack if it joined NATO.