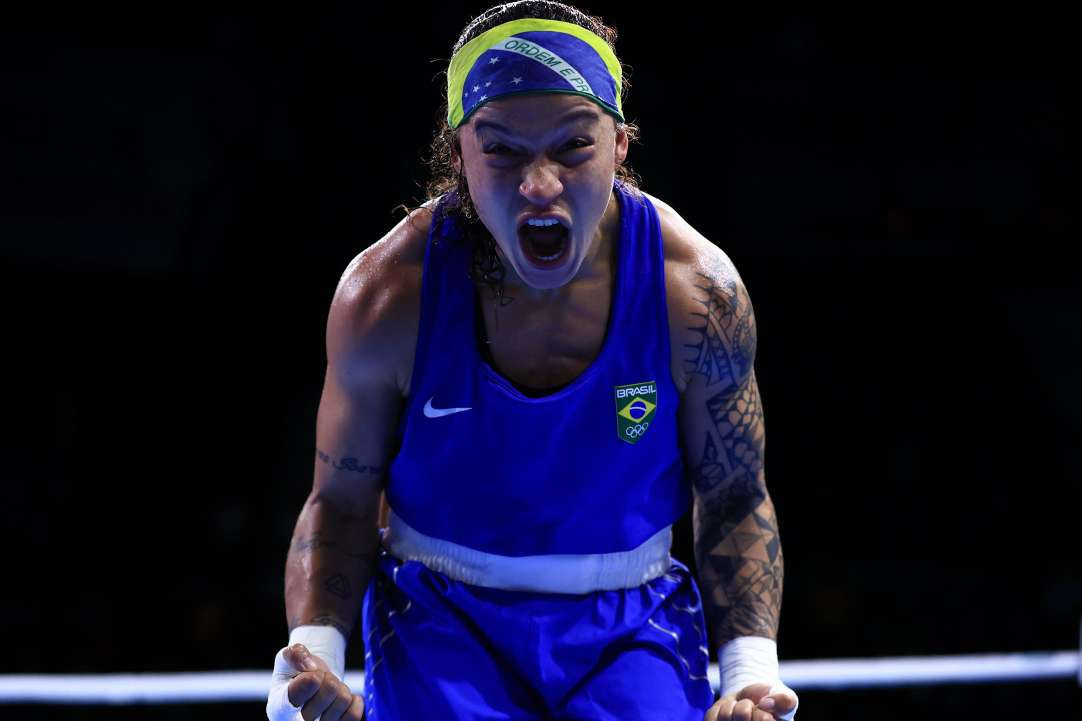 Brazilian Beatriz Ferreira is to defend her crown in the under-60 kilogram final, being one of 24 winners in the semi-finals of the International Boxing Association Women's World Boxing Championships today at the Başakşehir Youth and Sports Facility here in Istanbul.

Facing the 2016 world champion, Alessia Mesiano of Italy, Ferreira was unfazed as she dominated with the judges, not dropping a score and finishing with the unanimous decision in her favour.

A similar result occurred in the other semi-final as American Rashida Ellis showed size did not matter, once again defeating a taller opponent to book her place in the final, Donjetu Sadiku of Kosovo.

Her opponent in the final is Charlie Cavanagh, with the Canadian defeating Ichrak Chaib from Algeria by a 3-2 split decision.

Olympic silver and world medallist Buse Naz Çakıroğlu of Turkey toyed with her opponent Laura Fuentes of Spain throughout their under-50kg bout, overcoming an early penalty to win 4-0 on a split decision.

Standing in the way of winning gold is Rio 2016 Olympic bronze medallist Ingrit Valencia from Colombia, who defeated Aziza Yokubova of Uzbekistan 4-1.

Opening the day with a win for the hosts was Ayşe Çağırır, who defeated Aldana Florencia Lopez of Argentina 4-1 in the under-48kg category, and she is set to meet Alua Balkibekova from Kazakhstan who forced a referee's stoppage in the first round against Bulgarian Sevda Asenova.

Şennur Demir of Turkey will be aiming to improve on her world silver and bronze medals after qualifying for the over-81kg final with a unanimous victory over Poland's Lidia Maria Fidura.

Her opponent for gold is Morocco's Khaija Mardi, who won early in the first round by referee's stoppage after Uzbekistan's Mokhira Abdullaeva was ruled to be injured.

Hatice Akbaş progressed for the hosts too with a unanimous decision win over Thailand's Preedakamon Tintabthai in the under-54kg, and now faces Lacramioara Perijoc from Romania, a 4-1 victor over Kazakhstan's Dina Zholaman.

Although five qualified, two more Turkish boxers bowed out, starting with Sema Çalışkan in the under-70kg at the hands of Ireland's Lisa O'Rourke unanimously.

O'Rourke faces Helena Panguane of Mozambique for gold, who defeated Valentina Khalzova from Kazakhstan 4-0 on a split decision.

Elif Güneri became a five-time world medallist, but had to settle for her fourth bronze, following a 3-2 split decision loss to Gabriele Stonkute in the under-81kg.

The Lithuanian's strong comeback means she takes on Oliwia Toborek from Poland in the final after she defeated Australian Jessica Bagley unanimously.

Chinese Taipei's 2018 world champion Lin Yu-Ting is in contention for a second gold after beating Kazakhstan's Karina Ibragimova by unanimous decision in the under-57kg.

Irma Testa of Italy, the Olympic bronze medallist, meets her there following an emphatic defeat of India's Manisha.

Finally, Amy Broadhurst ensured there were two boxers from Ireland vying for gold after a 4-1 split win against Parveen from India.

Algeria's Imane Khelif defeated The Netherlands' Chelsey Heijnen to book her spot in the under-63kg category too.