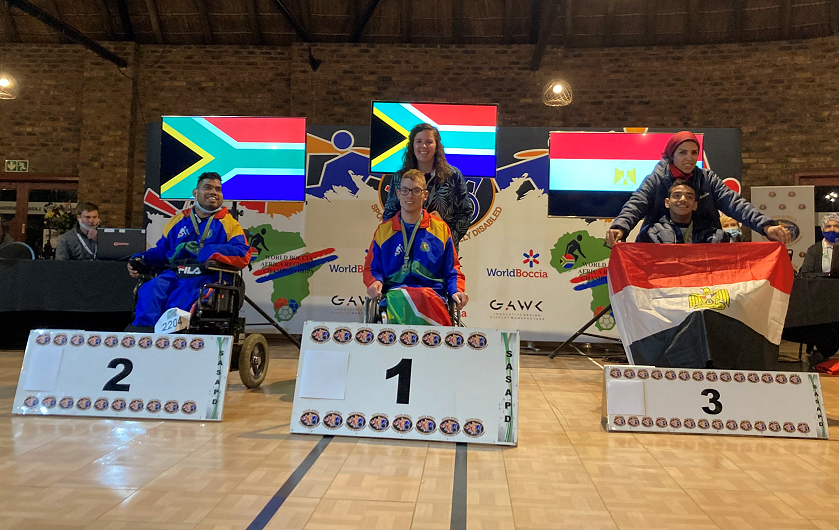 Three of these gold medals came in individual categories - with Brett Dakin claiming the title in the men's BC2, defeating compatriot Liakath Aziz and Eslam Elmedaaa of Egypt, who completed the podium in that order.

Elanza Jordaan was victorious in the women's BC3 tournament, while Bukho Monakali won men's BC4 gold.

Runner-up Siphiwo Papu of South Africa and Nabil Marzouk of Morocco completed the men's BC4 podium.

South Africa also won the BC3 and BC4 pairs golds unopposed, while the hosts defeated Morocco for the team title.

Morocco were victorious in both BC1 categories, with Nadia Ihirri defeating Seipati Majoe of South Africa in the women's final.

I would like to congratulate our young athletes representing #Morocco during the World Boccia Africa Regional Championship that took place in #SouthAfrica. Our champions took home 2 gold medals and a bronze medal, with 2 qualifications to #WorldBocciaChampionships2022 in #Brazil pic.twitter.com/KcwOtsszpR

Mohammed Bouihlaben won the men's equivalent ahead of Kabemba Tshilunga and Lefi Kgosimolau of South Africa.

Finally, Egypt won two gold medals - the first in the men's BC3 as Abdelrahman Saad defeated home player Karabo Morapedi in the final.

Gold medallists at this event secured spots at the World Boccia Championships, scheduled to take place from December 3 to 14 in Rio de Janeiro.