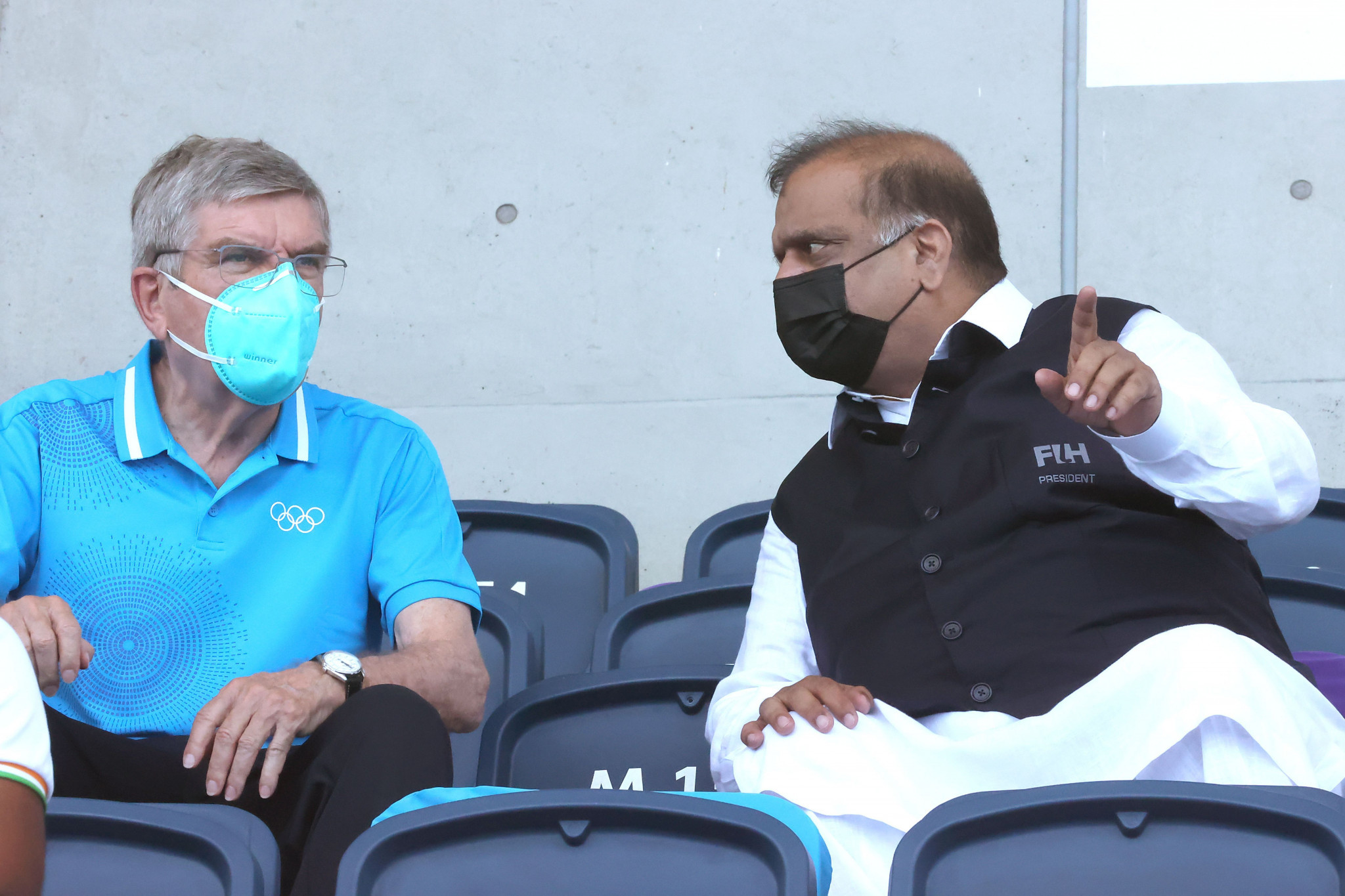 Narinder Batra will not seek re-election as the Indian Olympic Association (IOA) President, claiming the decision is down to a need to devote more time to leading the International Hockey Federation (FIH).

Batra has led the IOA since 2017 and elections had been due to take place in December of last year, but were delayed because of a court case in which it is claimed IOA statues are not compliant with the national sports code and Olympic Charter.

Batra became an International Olympic Committee member in 2019 but is set to lose that status, as it is linked to his IOA function.

"At a time when world hockey is going through an essential development phase, with the promotion of Hockey5s, the creation of a new competition this year - the FIH Hockey Nations Cup - and the launch of fan-engaging platforms and activities, my role as President of the International Hockey Federation requires more time for all these activities," Batra said in a statement.

"Consequently, I’ve decided to not run for a further term as President of the Indian Olympic Association.

"I feel that the time has come for me to leave this role to someone coming with a fresh mind and new ideas to take Indian sports to much much greater heights and also go all out to work to get 2036 Summer Olympics in India.

"It’s been a privilege and a tremendous honour to serve in my capacity as President of IOA throughout my term, I’ve been guided by one goal only: the good and the betterment of Indian sport.

"At this stage, I’d like to thank all those who’ve supported me in the last 4 years.

"And I wish my successor and the whole sports family in India every success in the future!"

It has been widely reported in India that the Central Bureau of Investigation last month opened a preliminary investigation into Batra over alleged misappropriation of public funds.

His tenure as IOA President has also been marked by public rows with secretary general Rajeev Mehta and the Commonwealth Games Federation (CGF).

Batra has been critical of the CGF over shooting and archery - two sports India excels at - being left off the programme for the Birmingham 2022 Commonwealth Games.

A compromised was reached, with standalone Commonwealth Archery and Shooting Championships planned in Chandigarh in India this year, but the event had to be cancelled because of the COVID-19 crisis.

India is due to host the next IOC Session in Mumbai, a development seen as a stepping stone as the country plots a bid to host a future edition of the Olympic Games in a multi-city format centred on Ahmedabad.

Critics of Batra have long argued he was jeopardising the IOA and FIH by running them simultaneously, given the time demands.

Batra has led the FIH since 2016, having his first term extended when the COVID-19 crisis delayed elections.

Delayed voting took place last year, with the 65-year-old narrowly being returned for a second term.

Batra was one of 10 people elected as an IOC member at the Session in Lausanne in June 2019.