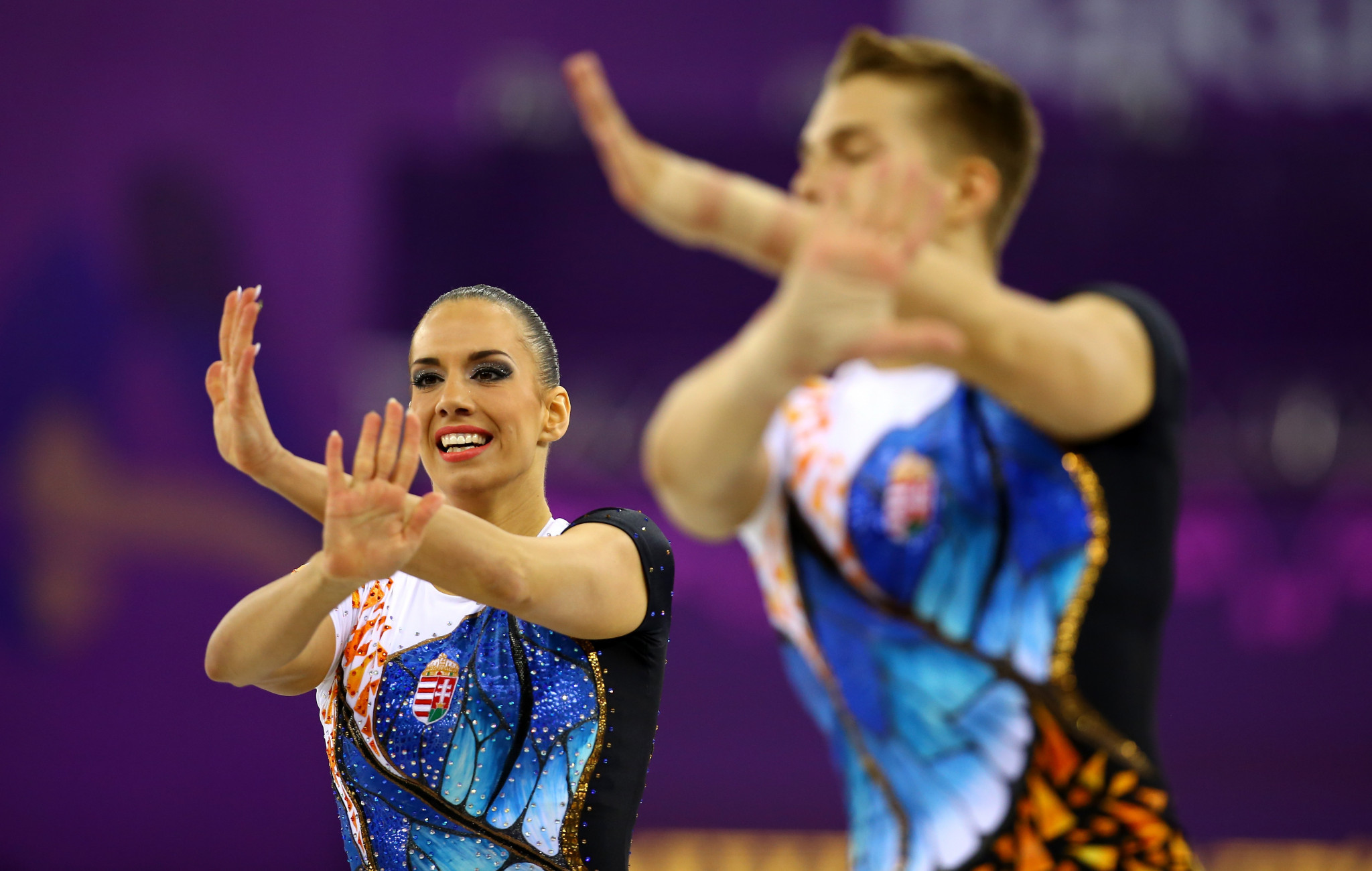 Daniel Bali, Fanni Mazacs, and Balazs Farkas combined to score 20.277 points in the trios final at the Multiusos de Guimaraes Arena in Portugal.

Despite receiving the fewest points for difficulty, the Hungarians topped the standings due to exemplary scores for their artistry and execution where they scored 9.250 and 8.250 points, respectively.

Bulgaria's Antonio Papazov, Tihomir Barotev and Darina Pashova secured the silver medal with 20.188 points on the board while Ngoc Thuy Vi Tran, Che Thanh Nguyen and Hoang Phong Le narrowly missed out on second place as they had to settle for bronze on 20.183 points.

In the individual women's event, Ukraine's Anastasiia Kurashvili continued her fine form from the qualifying round, where she was the highest scorer, to take gold in the final.

Kurashvili's 20.950 points put her ahead of Turkish silver medallist Ayse Onbasi on 20.350 points and Nea Kivelae of Finland who scored 20.050.