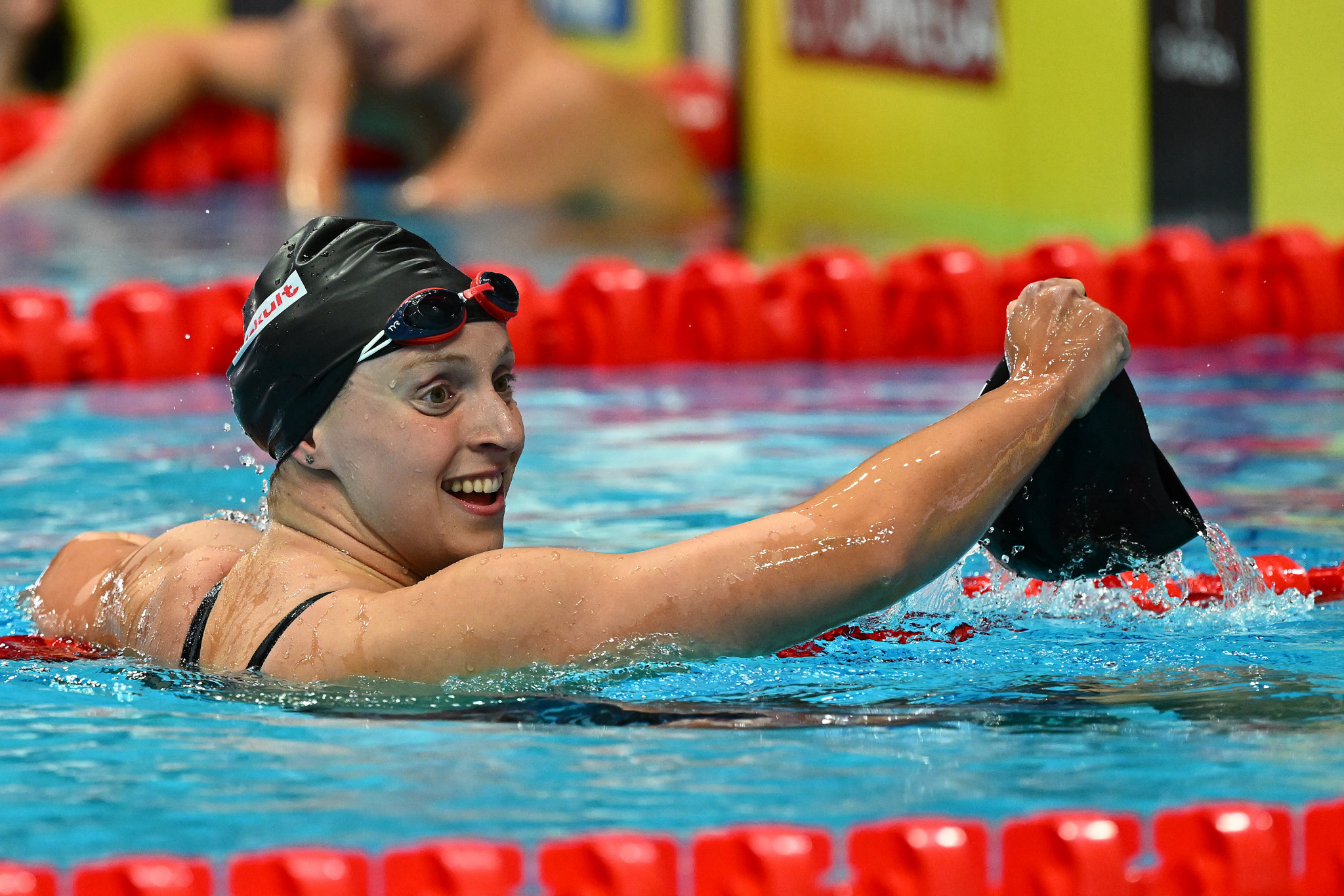 American Ledecky is a seven-time Olympic gold medallist, and travelled to Budapest as the most-decorated woman in the World Championships history with 15 victories to her name.

Ledecky had been considered the strong favourite to win this race due to Australia's Olympic champion and world record holder Ariarne Titmus opting to focus on the Birmingham 2022 Commonwealth Games instead of the World Championships.

She emphasised her dominance in the heats, where she was the quickest performer by more than three seconds, and won the final by 1.24sec ahead of Canada's Summer McIntosh, the 15-year-old swimmer who collected her first medal on this stage.

Leah Smith of the United States rounded off the top three in 4:02.08.

Another World Championships record was set by 20-year-old Frenchman Marchand in the men's 400m individual medley.

He claimed a sensational victory in 4:04.28, with second-placed Carson Foster of the US finishing 2.28 further back.

Olympic champion Chase Kalisz of the US was also unable to keep pace with Marchand, taking third place in 4:07.47.

That was the same order as the top three in the heats, where Marchand also impressed with a 4:09.09 effort.

The other individual swimming medal of the day went to Australia's Elijah Winnington.

In a closely-fought battle with Germany's Lucas Märtens, it was Winnington who came out on top in 3:41.22, helped by a superb final 50m split of 26.50.

Relay medals were also awarded today in the men's and women's 4x100m freestyle, both going to the reigning Olympic champions.

3:41.22 👉 The third-fastest time at the World Championships and a Gold Medal for Aussie Elijah Winnington!🇦🇺#FINA #swimming pic.twitter.com/oP8TTG3urq

Australia dominated the women's race, earning a 1.20 margin of victory over Canada with their time of 3:30.95.

Her score of 92.8662 helped her to win the women's solo technical artistic swimming event at the Széchy Outdoor Pool on Budapest's Margaret Island.

Marta Fiedina of Ukraine placed second with 91.9555, while Greece's Evangelia Platanioti completed the podium after being awarded 89.5110 for her routine.

Swimming events at the FINA World Championships are due to continue tomorrow, with medals available in the men's 100m breaststroke and 50m butterfly, and women's 100m butterfly and 200m individual medley.

The duet technical final is also scheduled in artistic swimming.