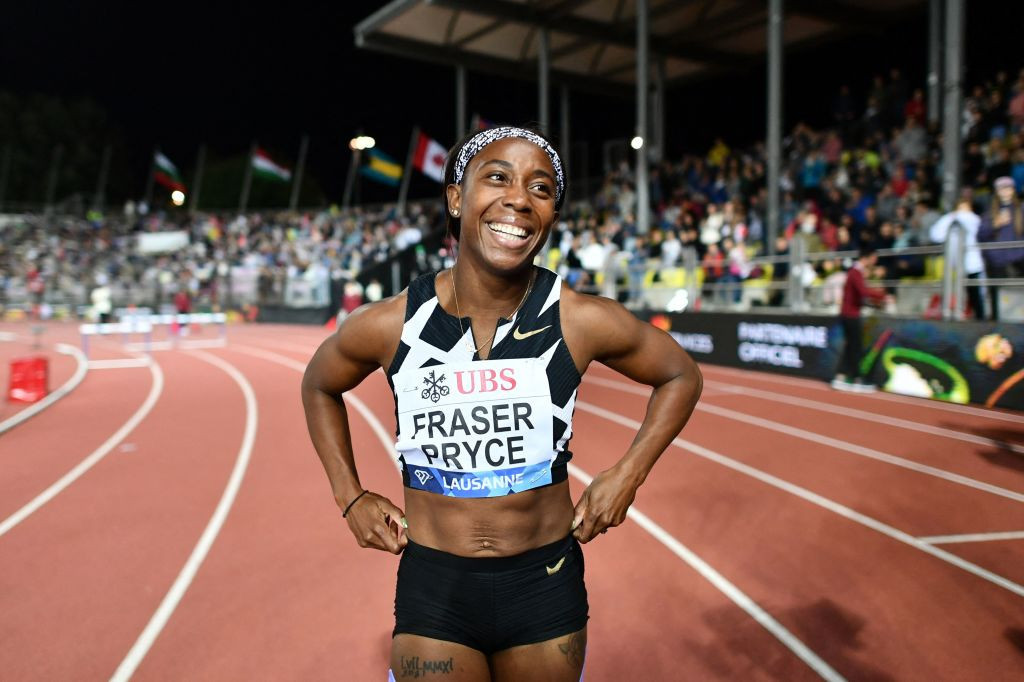 Double Olympic 100 metres champion Shelly-Ann Fraser-Pryce served notice on her intention of successfully defending her world title this summer as she won the concluding event of a sweltering Meeting de Paris here tonight in 10.67sec, equalling her own 2022 world-leading mark.

The 35-year-old Jamaican, who ran the same time - just 0.07 off her third-best-of-all-time mark - in the rarified air of Nairobi on May 7, was operating on this occasion at sea level, albeit in a helpful temperature of around 32C after this Wanda Diamond League meeting had started in 38C heat.

"I am still training hard so I am now looking forward to the national championships and then afterwards," she said after a run that set a meeting record.

The heat also suited Nigeria’s Tobi Amusan, who danced in triumph after finishing strongly to win the women’s 100m hurdles in an African record of 12.41sec, 0.01 better than her previous best.

Is it even possible to put all the superlatives required for @realshellyannfp in one tweet?!

Ethiopia’s Olympic 10,000m champion Selemon Barega finished half a straight clear in the men’s 5,000m after a long, long run for home, winning in 12min 56.19sec - very close to his season’s best of 12:54.87 set in winning at the Rome Diamond League meeting.

But while Barega’s win was outstanding, the stadium became a rising tumult of approbation as home athlete Jimmy Gressier, nine times European cross-country champion, earned a courageous fourth-place in the muggy heat, clocking 13:08.75 - just inside the World Championship qualifying mark of 13min 09sec.

Bahrain’s Kenyan-born Winfred Yavi ran a solo race in the women’s 3,000m steeplechase to win in a 2022 world-leading time and personal best of 8min 56.55sec that might have been even faster had she not almost fallen at the final hurdle.

The 22-year-old Tokyo 2020 finalist finished alone, with Ethiopia’s Sembo Alemayehu a distant second in a personal best of 9:09.19, with Elizabeth Bird setting a British record of 9:19.46 in fourth place.

Home runner Benjamin Robert thought for a while he had won the men’s 800m in a personal best of 1min 43.75sec after bulldozering through from fifth place in the final 50 metres - only to be disqualified after brushing past the arm of leader Tony van Diepen.

But later in the evening, he was back in celebratory mode after hearing that his appeal had been successful.

The 24-year-old from Toulouse, back in the pack halfway down the home straight, accelerated steadily through the field and had to virtually run sideways at the end to get past the Dutchman, who seemed to lose momentum and fell back to third, albeit in a personal best of 1:44.14.

The second-placed finisher, Peter Bol of Australia, set an Area record of 1:44.00.

South Africa’s Italian-based Luxolo Adams produced the shock result of the night as he clocked a huge personal best of 19.82sec to finish well clear of a men’s 200m field including Canada’s Olympic champion Andre De Grasse, running his first big race of the season at this distance.

The 25-year-old from Burgersdorp, whose previous best was 20.01, won silver at the inaugural Athletics World Cup in 2018 and earned bronze at the African Championships in Asaba in the same year.

He was followed home by Alexander Ogando in a Dominican Republic record of 20.03 and home sprinter Mouhamadou Fall, who ran a personal best of 20.26 ahead of De Grasse, who clocked 20.38.

Cuba’s 21-year-old Jordan Diaz Fortun marked his first Diamond League meeting by winning the men’s triple jump with a best of 17.66m, 10cm below the mark with which he leads this season’s world rankings.

Fellow Cuban Andy Diaz, currently second in that list, improved his seasonal mark and personal best by a centimetre to 17.65m in second place.

Devon Allen of the United States, NFL wide receiver-in-waiting, maintained his winning run this season over 110m hurdles as he finished in 13.16sec ahead of Brazil’s Rafael Pereira, who equalled the personal best of 13.25 he had set in following the American home in the heats.

In those heats, France’s 19-year-old world junior champion Sasha Zhoya lowered his personal best to 13.40sec, into a 1.7mps headwind but did not appear in the final.

"My start was the best I have had this year," said Allen.

"It was something we were really working on because it used to be the weakest part of my race.

But after pulling well clear of the field around the top bend the 28-year-old Bahamian slowed in the final 50 metres, looking around her almost as if she were running for qualification in a heat before virtually jogging over the line in 50.10sec.

However she was full of enthusiasm for her win afterwards.

"I had a great race tonight, really great," she said.

A controlled performance from the Olympic champion as he kicks off his 2022 #DiamondLeague campaign.#ParisDL ??

Later in the evening The Bahamas’ other Olympic 400m champion, Steven Gardiner, marked a rare Diamond League appearance with a smooth and dominant victory in a season’s best of 44.21sec from Lidio Andres Feliz of the Dominican Republic, who clocked 44.92.

Tokyo 2020 women’s discus champion Valarie Allman, beaten by Croatia’s London 2012 and Rio 2016 gold medallist Sandra Perkovic in the cold of Oslo on Thursday night, responded to heat that she had said the day before would be just like summer where she now lives in Texas to get back to winning ways.

After Perkovic had taken a second-round lead with 66.00m, Allman - who earlier this year raised her own North American record to 71.46m - went out to a meeting record of 68.68m in the fourth round which proved to be the winning throw.

That said Perkovic, ever competitive, improved to a season’s best of 68.19m in the sixth round.