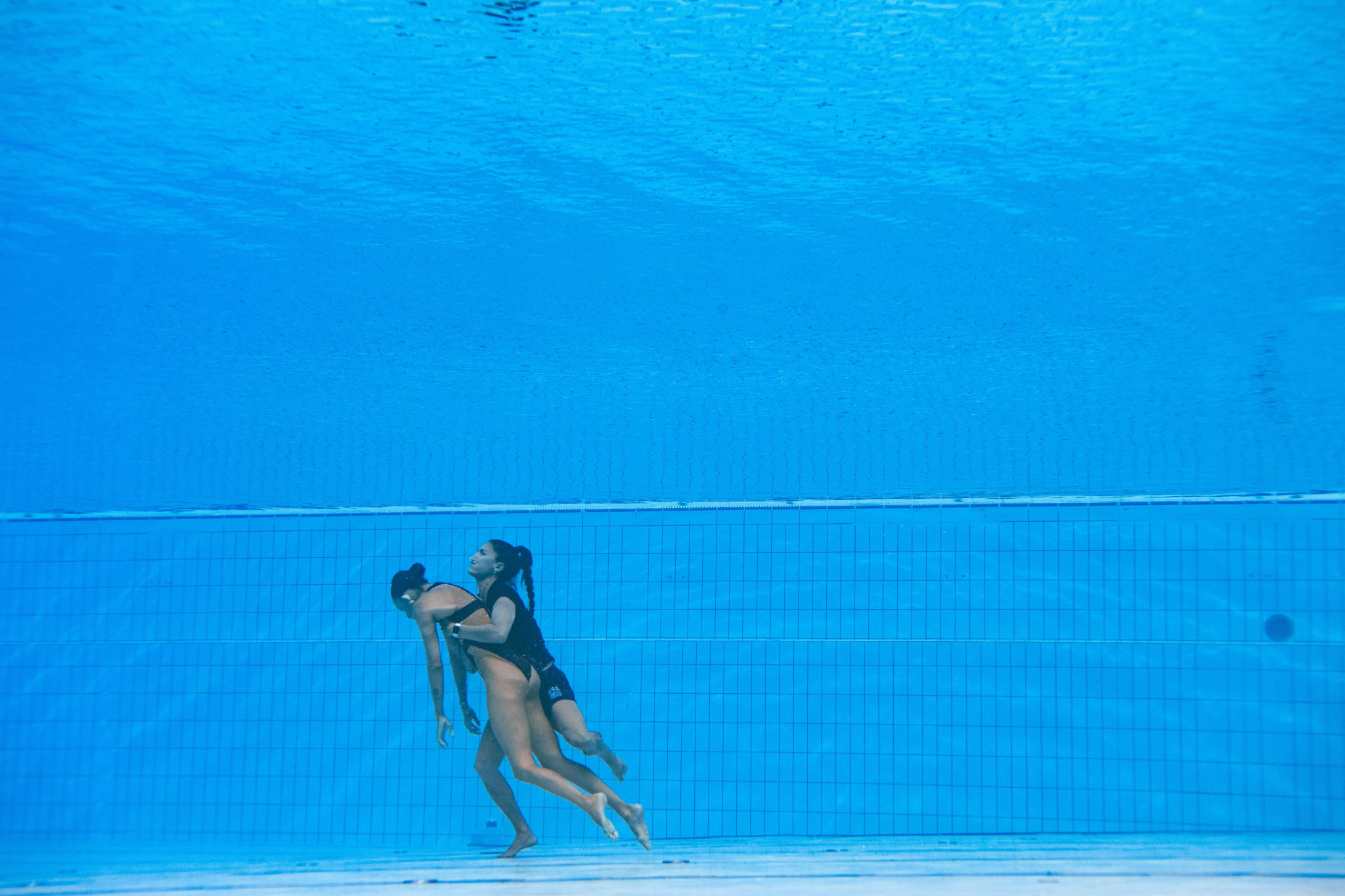 Coach Andrea Fuentes has said "all is okay" with American artistic swimmer Anita Alvarez, after she was forced to rescue the athlete who had lost consciousness and sank to the bottom of the pool in the women's solo free final at the International Swimming Federation (FINA) World Championships here.

Distressing images from the final show Fuentes diving into the Széchy Outdoor Pool in Budapest to drag Alvarez to the surface, after the athlete had stopped breathing during her routine.

She was then taken to the side of the pool with some assistance.

This is the second occasion that Alvarez has fainted during competition, with Fuentes also forced to rescue her during a qualifier for the Tokyo 2020 Olympics in Barcelona last year.

Fuentes, a four-time Olympic medallist with Spain, later released a statement through the USA Artistic Swimming Instagram account in which she said that Alvarez had undergone medical checks, with a decision on her participation in tomorrow's women's team free final to be taken in due course.

"Anita is okay - the doctors checked all vitals and everything is normal: heart rate, oxygen, sugar levels, blood pressure, etc… all is okay," Fuentes said.

"We sometimes forget that this happens in other high-endurance sports.

"Marathon, cycling, cross country… we all have seen images where some athletes don’t make it to the finish line and others help them to get there.

"Our sport is no different than others, just in a pool, we push through limits and sometimes we find them.

"Anita feels good now and the doctors also say she is okay.

"Tomorrow she will rest all day and will decide with the doctor if she can swim free team finals or not.

"Thank you for all of your well wishes for Anita."

Spanish newspaper Marca has reported that Fuentes said she was forced to dive into the pool "because the lifeguards didn't do it".

Alvarez was able to complete her routine prior to the incident, and placed seventh with a score of 87.6333.