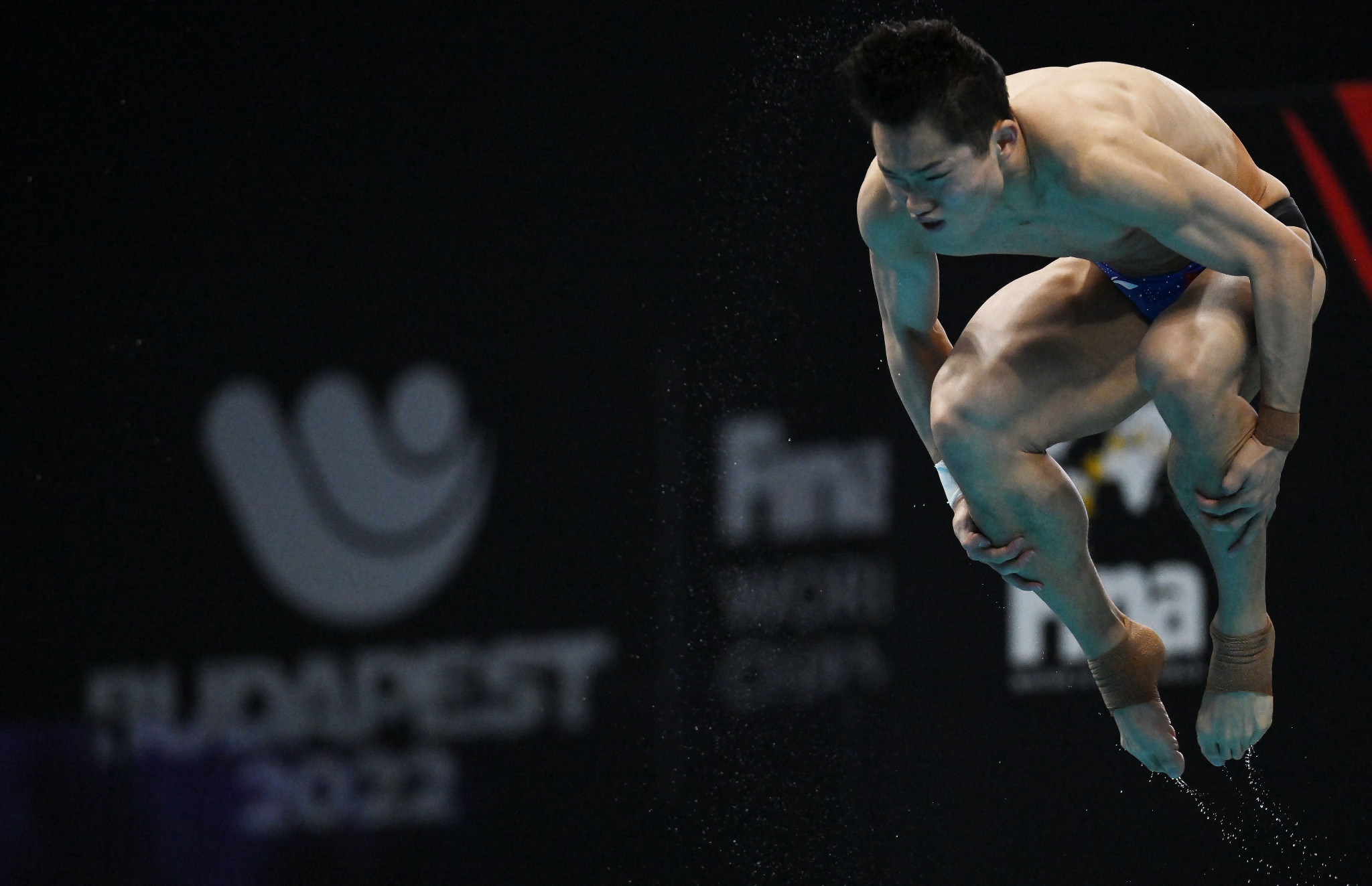 China continued their domination of the diving events at the International Swimming Federation (FINA) World Championships here, winning two further golds through Wang Zongyuan in the men's 3 metres springboard and Lian Junjie and Yang Hao in the men's 10m synchronised.

With the Olympic champion Xie Siyi of China now retired, his compatriot Wang was the favourite to win the men's 3m springboard event, although Tokyo 2020 bronze medallist Jack Laugher of Britain was competing in Budapest.

Having led through yesterday's preliminary round and semi-final, Wang underlined his dominance as he was the top scorer in five of the six rounds and led throughout the final.

The Rio 2016 Olympic champion had built up a sufficient advantage over the rest of the field to ensure that his 66.50 forward 4.5 somersaults tuck did not cost him second place, finishing on 492.85.

Laugher recovered from a disappointing 37.80 in the fourth round on a back 3.5 somersaults tuck to clinch bronze.

Colombia's Luis Felipe Uribe Bermudez had to settle for fourth place with 457.15.

This was China's eighth consecutive gold medal at the World Championships in this event.

Lian and Yang dominated the men's 10m platform synchronised event from start to finish, scoring 452.25 in the preliminary round and winning the final by more than 50 points.

They were the leading scorers in each of the six rounds in the final.

Closest challengers Matthew Lee and Noah Williams of Britain notched 427.71 points, with Canada's Rylan Wiens and Nathan Zsombor-Murray rounding off the podium on 417.12.

Lee competed with Tom Daley at the Tokyo 2020 Olympics, and won gold in the 10m synchronised event to deny China a clean sweep in the diving competitions.

Tomorrow is the 12th day of the FINA World Championships, and includes three further diving finals in the 3m and 10m mixed team event, the women's 1m springboard and the mixed 3m synchronised.

Open water swimming is also set to return with the women's and men's 10 kilometres races.