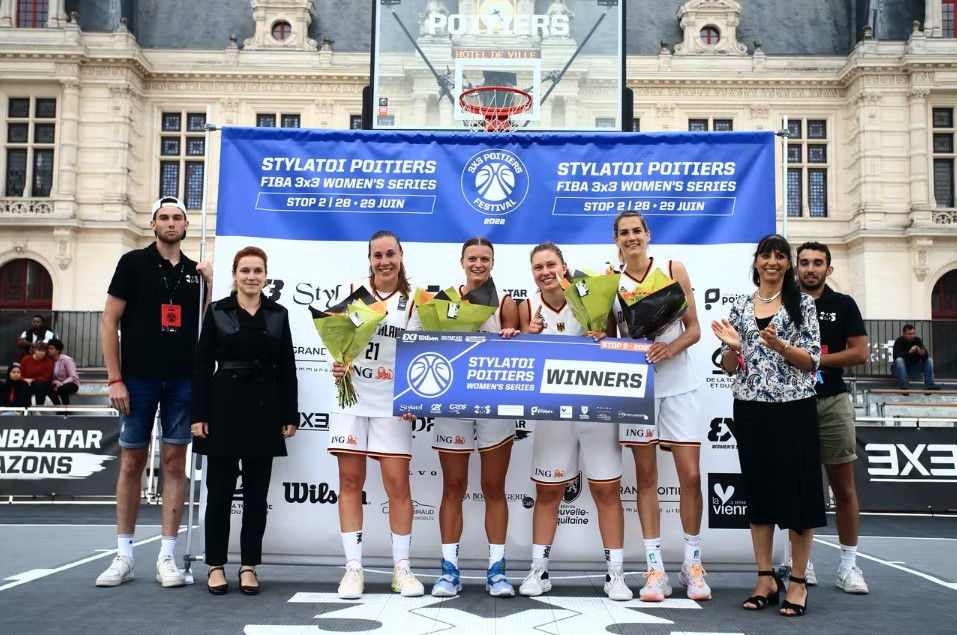 Germany lived up to their top seed tag by claiming the gold medal at the International Basketball Federation (FIBA) 3x3 Women's Series stop in Poitiers in France.

The reigning champions recovered from an early exit at the World Cup in Antwerp where they were eliminated by Latvia in the first knockout round.

Four weeks after winning the first leg of the circuit in Tel Aviv, the Germans continued their success in the Women's Series, staying undefeated with five wins and beating the United States 21-17 in the final.

Germany's Sonja Greinacher, the number one rated player in the world, was named as the tournament's most valuable player after leading the player value score with 36.9, ahead of Israeli Daniel Raber and Linnae Harper of the United States on 30.6 and 30, respectively.

She also led the rebound chart with 42 and finished as the second-highest scorer on 31 points.

Greinacher scored six points in the final as her team scored five times from nine attempts beyond the arc.

As a team, Germany led the standings in most points scored, shooting value, and fewest points allowed.

Israel, who lost to the US in the semi-finals, were awarded the bronze medal after outscoring their fellow final four losers Hungary by 62 points to 56 throughout the event.

The Series is set to continue in Ulaanbaatar from July 1 to 2 where Germany will be absent.

Top seed Poland and World Cup winners France are tipped to meet in the final.