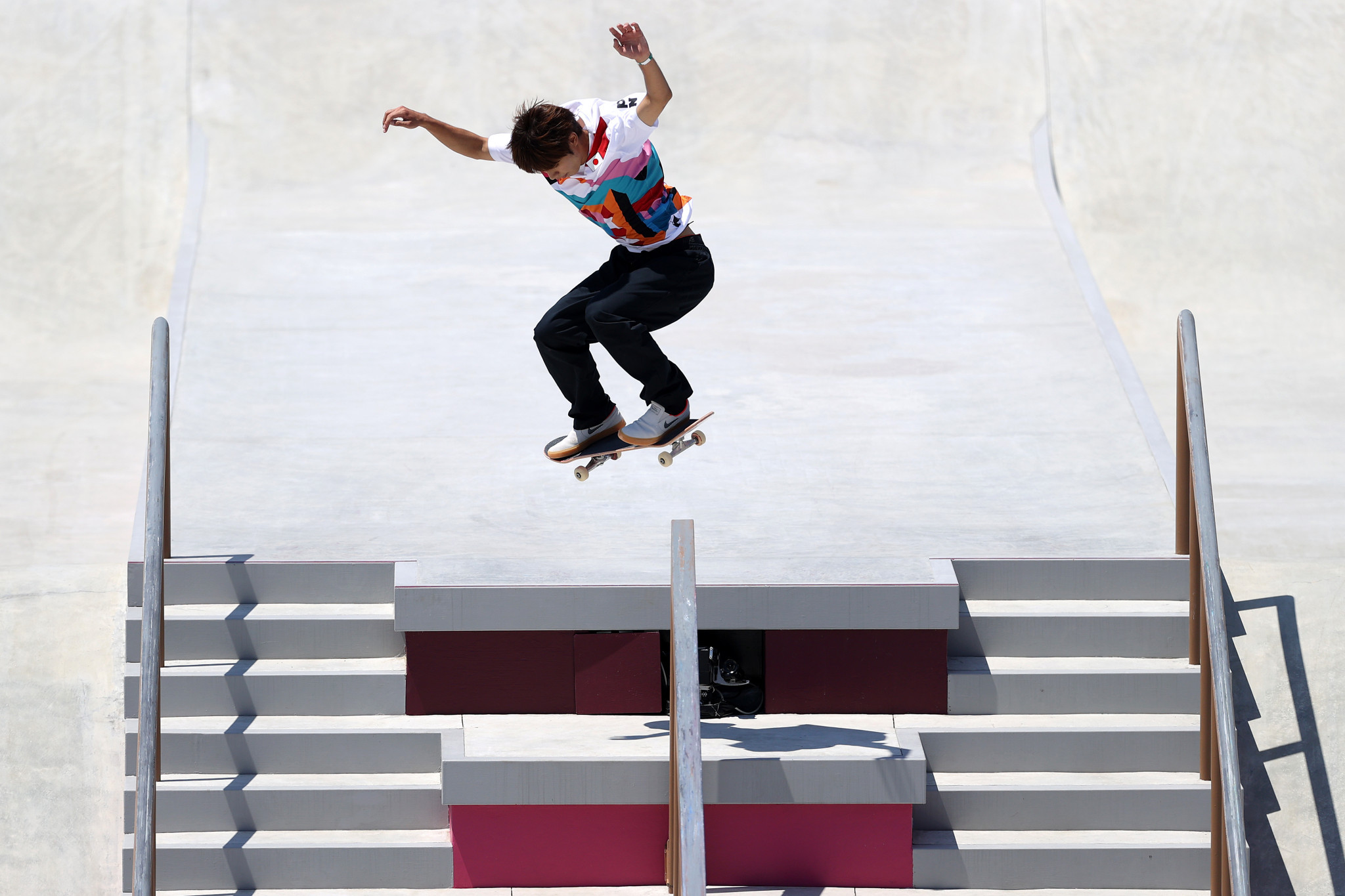 Street skateboarding qualification is set to change for the Paris 2024 Olympic Games, taking into account the balance of tricks and runs, meaning changes to its scoring system.

The competition format for street skateboarding is to remain the same as Tokyo 2020, with two runs of 45 seconds followed by a phase of tricks.

The Tokyo 2020 scoring format added the best four scores from the two runs and five tricks.

For Paris 2024, this is changed to the best of the two runs, as well as the best two trick attempts.

Japan's Yuto Horigome won the Olympic gold medal with four trick scores with a score of 37.18, but would have finished third under the new format.

Kevin Hoefler of Brazil would have claimed gold in front of American Jagger Eaton, with both skateboarders moving up one spot under the new system.

Under this new format, women's bronze medallist Funa Nakayama would have led Japanese compatriot and Olympic gold medallist Momiji Nishiya in a one-two.

Alexis Sablone of the United States would have been third ahead of Brazilian silver medallist Rayssa Leal.

Additionally, the scoring refusal procedure is to be introduced for the Paris 2024 qualifiers and Olympic competition.

A skateboarder now has the right to have a trick scrubbed or deleted if they wish to attempt to improve it, without incurring a repetition penalty.

Rome is currently holding a World Street Skateboarding Pro Tour event, which is part of a group of events starting off Paris 2024 qualification.