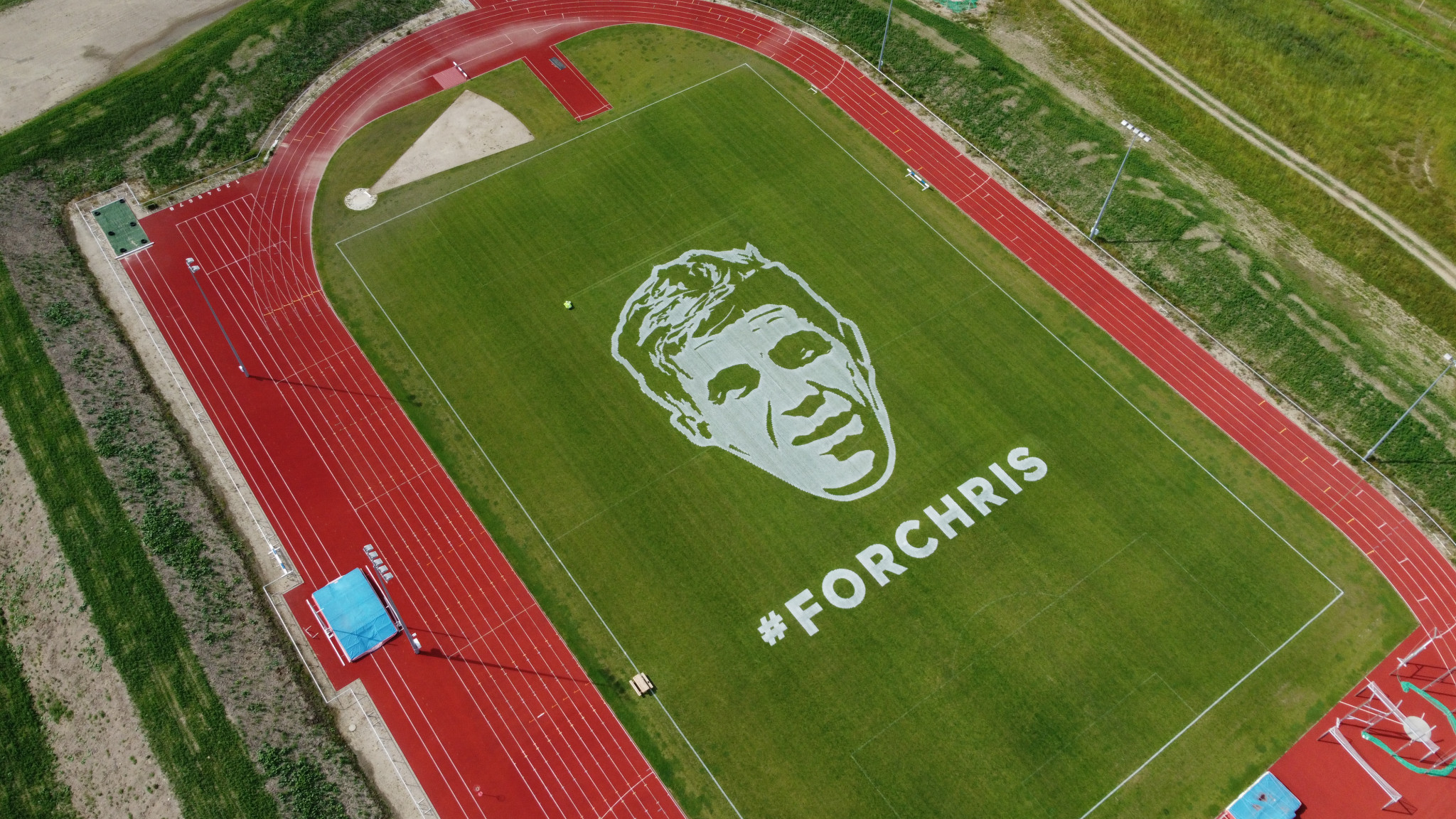 A giant painting of Chris Anker Sørensen has been displayed on a football pitch as a tribute to the late Danish rider during this year’s Tour de France.

Sørensen died at the age of 37 in September last year after being hit by a vehicle during a ride in Belgium, where he was preparing to commentate on the International Cycling Union Road World Championships.

During his career, Sørensen won a stage of the Giro d’Italia in 2010 and captured the Danish national title in 2015 before retiring from professional cycling three years later and becoming a commentator for TV 2 Sport.

A mural of Sørensen measuring 30 metres by 40m has now been created on a football field at Holbæk Sportsby in time for the second stage of the Tour de France running from Roskilde to Nyborg today.

The painting - designed with the help of robotics company Turf Tank - is expected to be seen from helicopter pictures when the peloton passes Holbæk.

"They should know how proud we were in Denmark of Chris and what national grief it caused when he died," said Dennis Ritter, co-founder of For Chris and sports commentator on TV 2 Sport.

Kasper Birkholm Munk, who also helped set up the fundraising campaign, added: "I'm a family man myself and know the risks of cycling on the road, and although I didn't know Chris Sørensen personally, I wanted to do something for his widow and children, Michelle, Lærke and Laura.

"Together with Dennis Ritter and Kim Sivert Jensen, I founded the association For Chris to extend the conversation about Chris Sørensen, about grief and about road safety, and we are overwhelmed by the support."

Turf Tank has also offered to paint three giant motifs of up to 30m by 30m in Denmark and then put them up for sale in auction, with the proceeds set to go to the For Chris campaign.

"We work with the sports industry on a daily basis, and we want to help celebrate a Danish sports star," said Mikkel Jacobsen, chief executive of Turk Tank.

"We see it as an excellent opportunity to use our technology to do something unique by realising a huge eye-catcher.

"That's why we chose to help the volunteers behind the fundraiser For Chris fundraiser create additional awareness around their cause.

"We have chosen to donate all resources to make this great project a reality."