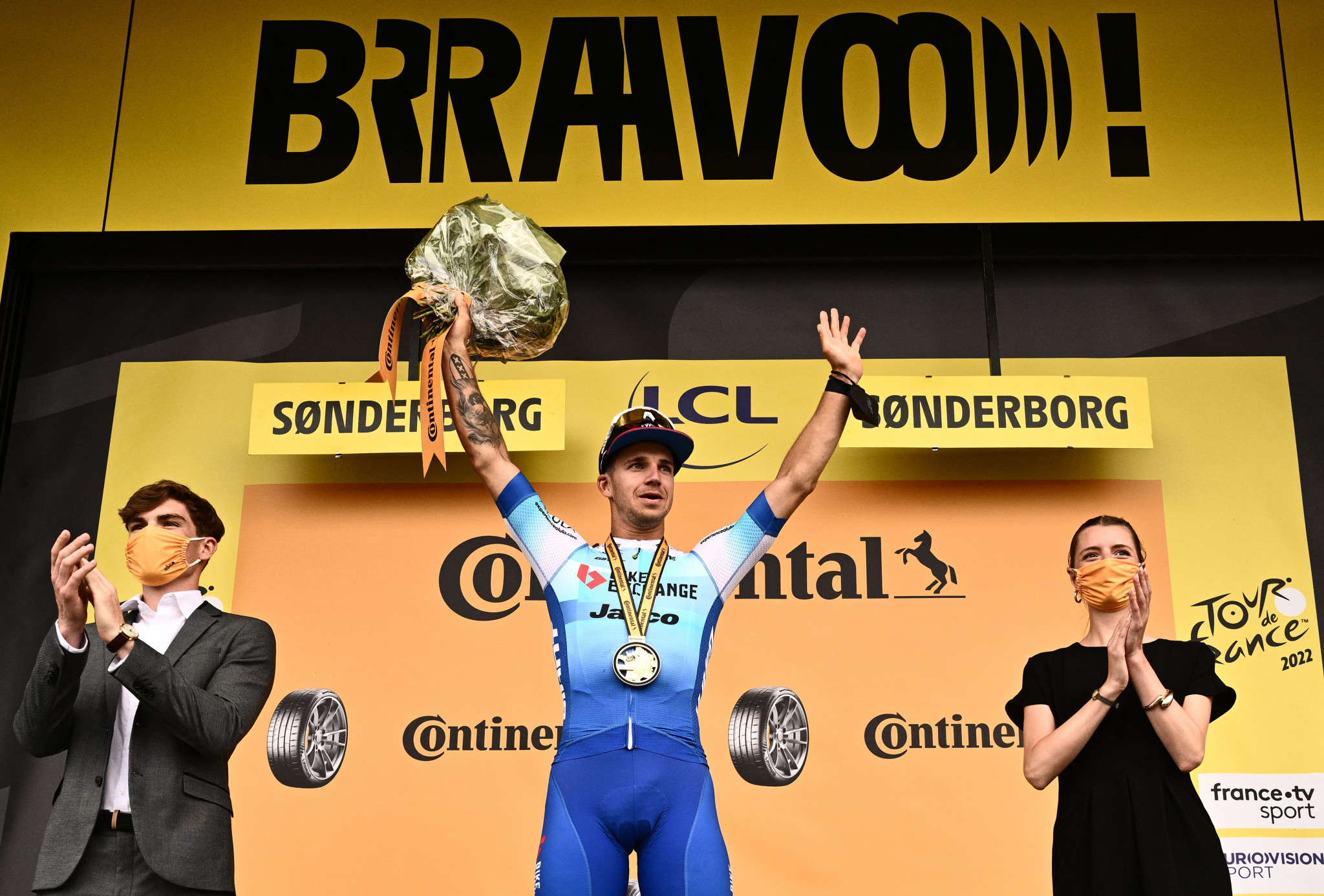 Dutchman Dylan Groenewegen emerged victorious from stage three of the Tour de France here as Belgium’s Wout van Aert finished second for the third day in a row to retain the yellow jersey.

Groenewegen of BikeExchange–Jayco beat his rivals in another thrilling sprint, finishing the 182-kilometre course in 4 hours 11min 33sec in Danish town Sønderborg.

It was Groenewegen’s fifth stage victory in his career and first since he was banned for nine months by the International Cycling Union in November 2020 for his involvement in the Tour de Pologne crash that left compatriot Fabio Jakobsen with serious facial injuries.

Jakobsen, the winner of yesterday’s stage in Nyborg, required 130 facial stitches and was placed in a coma after colliding with Groenewegen and then crashing into the barriers.

Speaking after his victory, Groenewegen said it had been a "long way back" to get to this stage due to the mental battle he faced following the crash two years ago.

"I want to say thank you to my team and my family and friends for getting me back to the Tour in good shape," said Groenewegen.

"Not physically but mentally it’s been a hard time of course after all that happened.

Van Aert was once again denied a stage win as he was pipped on the line by Groenewegen.

But the consistent Jumbo-Visma rider will be content to keep hold of the yellow jersey at least until Tuesday (July 5) after a rest day tomorrow as riders make their way to France tomorrow to continue the race.

After claiming the polka dot jersey in front of the patriotic Nyborg crowd, Magnus Cort Nielsen immediately hit the front to the delight of the passionate Vejle spectators.

The EF Education–EasyPost rider stretched his lead to almost four minutes as he looked to set the early pace.

Cort Nielsen powered ahead in the hilly sections of the course to ensure that he remained as the holder of the polka dot jersey.

The 29-year-old also claimed the full 20 points in the sprint at the halfway stage in the race while those in the peloton battled for the other positions.

Van Aert won that battle, powering over the line to take 17 points for the green jersey, followed by yesterday’s stage winner Jakobsen and Frenchman Christophe Laporte of Jumbo-Visma.

Nielsen maintained his lead over the final hilly section with 60km remaining before being reeled in by the chasing pack.

The race then became bunched up with Germany’s Georg Zimmermann of Intermarché - Wanty - Gobert Matériaux crashing as the pace remained high.

Jakobsen and Mørkøv were in a strong position with Laporte, van Aert and Australia’s Caleb Ewan of Lotto–Soudal also in contention approaching the final kilometre.

Mørkøv sprinted for the line along with Laporte, van Aert, Philipsen and Sagan but it was Groenewegen who sealed top spot.