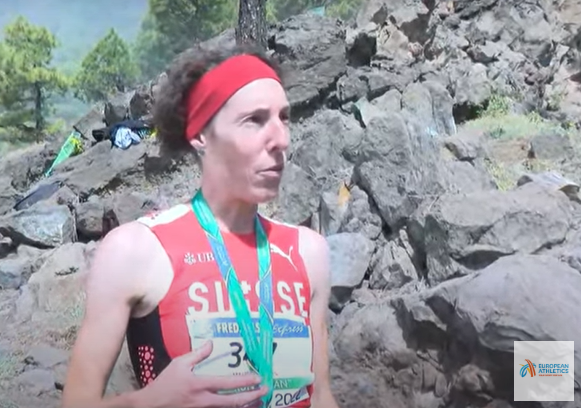 Switzerland's Maude Mathys earned a second senior gold on the concluding day of the inaugural European Athletics Off-Road Running Championships at El Paso in the Canary Islands, and Norway's Ida Waldal matched her feat at under-20 level.

Having won a record fourth European women’s uphill title on the opening day of this new-look event that combines mountain and trail running, Mathys added a second title as she finished the up-and-down mountain race in 1 hour 17min 30sec.

"I like the distance almost more than the uphill because it is longer and it suits me more," said Mathys

She controlled the first half of the race and then created a lead in the 10th kilometre of an overall distance of 17.6 km.

"My plan was good and it worked!" said Mathys.

Waldal, winner of the women’s under-20 uphill event, was victorious in that age category’s up-and-down mountain race in 24min 37sec from Britain’s Eve Whitaker in 25:33 and Axelle Viccari of Italy in 25:39.

The senior men’s up-and-down mountain race was won by France's Sylvain Cachard in 1:06:01.

"I have dreamt about this day every night for the last six months and I woke up with goosebumps the last 30 days," he said.

"To stand here as the European champion is the best thing I could have wished for."

Second place in 1:06:41 went to Italy’s Cesare Maestri, winner of the senior men’s uphill event, while Switzerland's Dominik Rolli was third in 1:07:40.

Maestri and Mattio played their part in Italy finishing top of the final medals table with five golds, five silvers and three bronzes.

France were second with five golds, one silver and five bronzes, and Switzerland third with three golds, four silvers and a bronze.