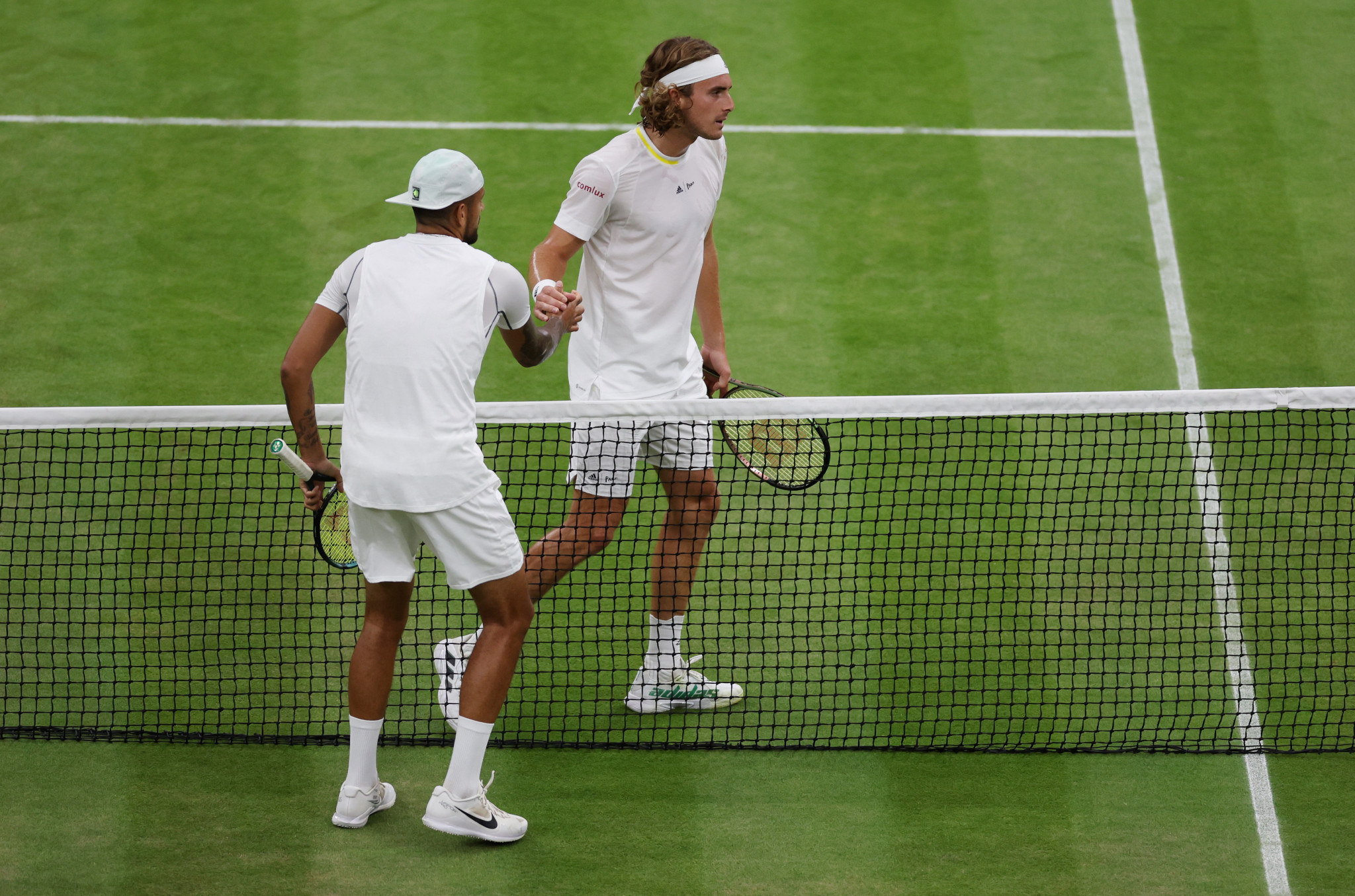 Greece's Stefanos Tsitsipas and Australia's Nick Kyrgios have both been hit by fines after their heated men’s singles clash at Wimbledon.

The latest punishment increases the Australian’s total fines to £11,500 ($14,000/€13,400) at this year’s Grand Slam in English capital London having been fined for spitting in the direction of a spectator in his opening-round match.

During his four-set battle with Tsitsipas, Kyrgios demanded to see a supervisor after claiming the world number five should have defaulted for angrily hitting the ball into the stands.

Tsitsipas then hit out at Kyrgios in the post-match press conference, branding the 27-year-old as a "bully".

"It's constant bullying, that's what he does," said Tsitsipas.

"He bullies the opponents.

"He was probably a bully at school himself.

"He has some good traits in his character, as well.

"But... he also has a very evil side to him, which if it's exposed, it can really do a lot of harm and bad to the people around him."

Kyrgios, who is set to face American Brandon Nakashima in the fourth round today, responded to Tsitsipas’ accusations by claiming he was the victim of bullying.

"I'm not sure how I bullied him," said Kyrgios.

"He was the one hitting balls at me.

"He was the one that hit a spectator.

"He was the one that smacked it out of the stadium.