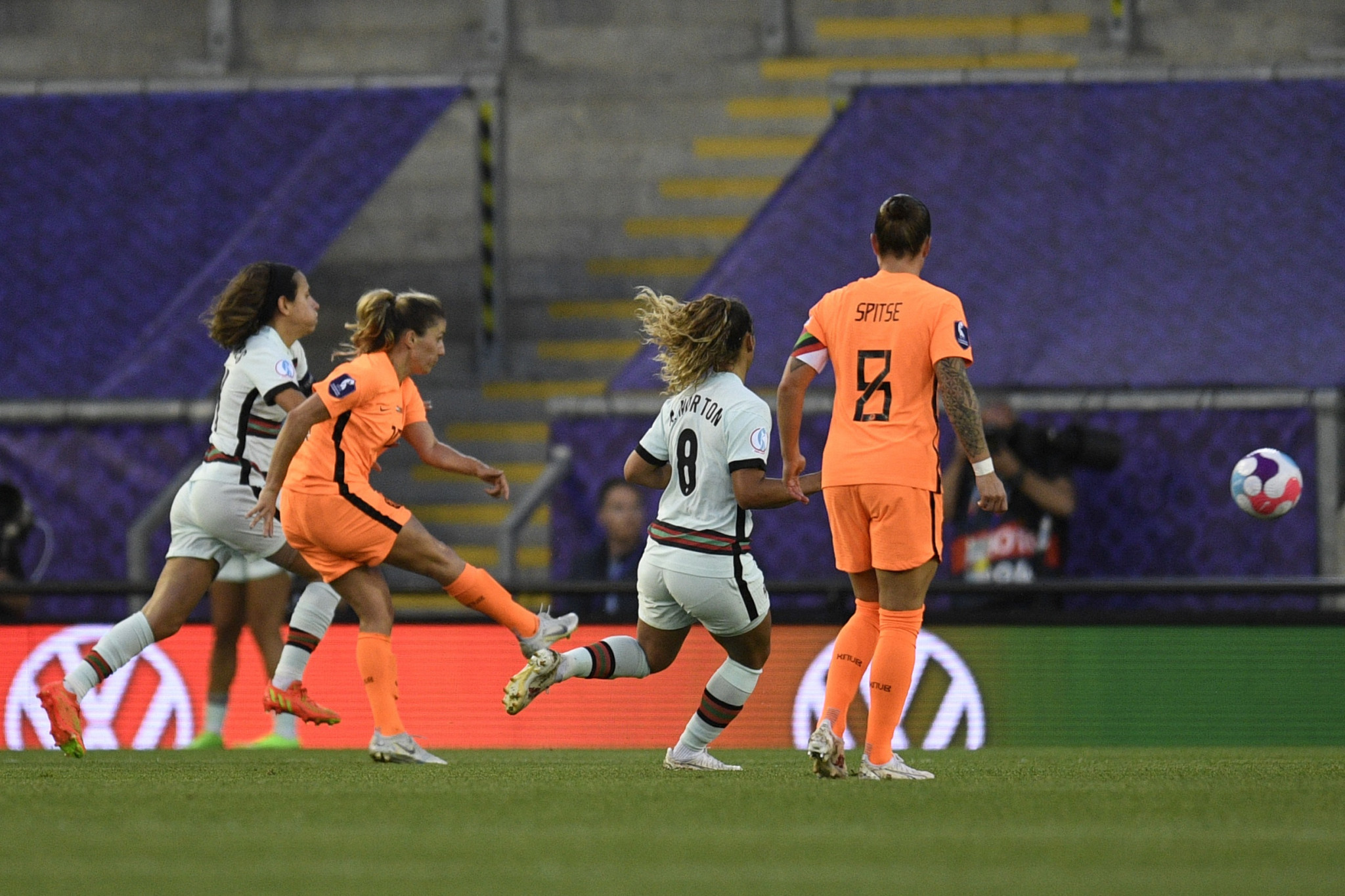 Van de Donk found the top corner with a powerful shot from the edge of the area midway through the second half as the defending champions managed to overcome Portugal at the Leigh Sports Village in England.

Portugal came from 2-0 down to draw level as they battled hard but were unable to register their first victory.

The Netherlands opened the scoring on seven minutes when Damaris Egurrola headed home from a corner.

Stefanie van der Gragt nodded in another to double The Netherlands’ advantage on 16 minutes as they looked in cruise control but Portugal rallied.

Portugal earned a penalty on 36 minutes when Dominique Janssen was judged to have clipped the heals of Diana Silva following a decision by the video assistant referee.

Carole Costa then stepped up to score from the spot, giving Portugal hope of a comeback heading into the half-time interval.

Shortly after the break, Portugal got back on level terms when Silva headed in a cross from Costa.

Jill Roord appeared to have put The Netherlands in front only for the goal to be chalked off following another VAR review.

But the Dutch team continued to plug away before van de Donk scored what proved to be the winner with a 25-yard strike on 62 minutes.

In the other Group C match, teenager Hanna Bennison came off the bench to score the winner in Sweden’s 2-1 victory over Switzerland at Bramall Lane in Sheffield.

Bennison struck with 11 minutes to go to seal Sweden’s first win of the tournament.

The deadlock was broken eight minutes into the second half when Fridolina Rolfö received a pass from Kosovare Asllani and made no mistake with her angled finish.

But Sweden’s persistence paid off when Bennison found the back of the net with a fine drive from the edge of the box.

"When [Bennison] played her first match for the national team against the United States [in a friendly in November 2019], she went on and directly made a difference," said Sweden boss Peter Gerhardsson.

"She is only 19 years old but she acts as if she has played several EUROs already, although this is her first.

"She is a very brave girl and a good addition to put on."

Competition is due to continue tomorrow with Group D matches as leaders France take on Iceland and Italy meet Belgium.