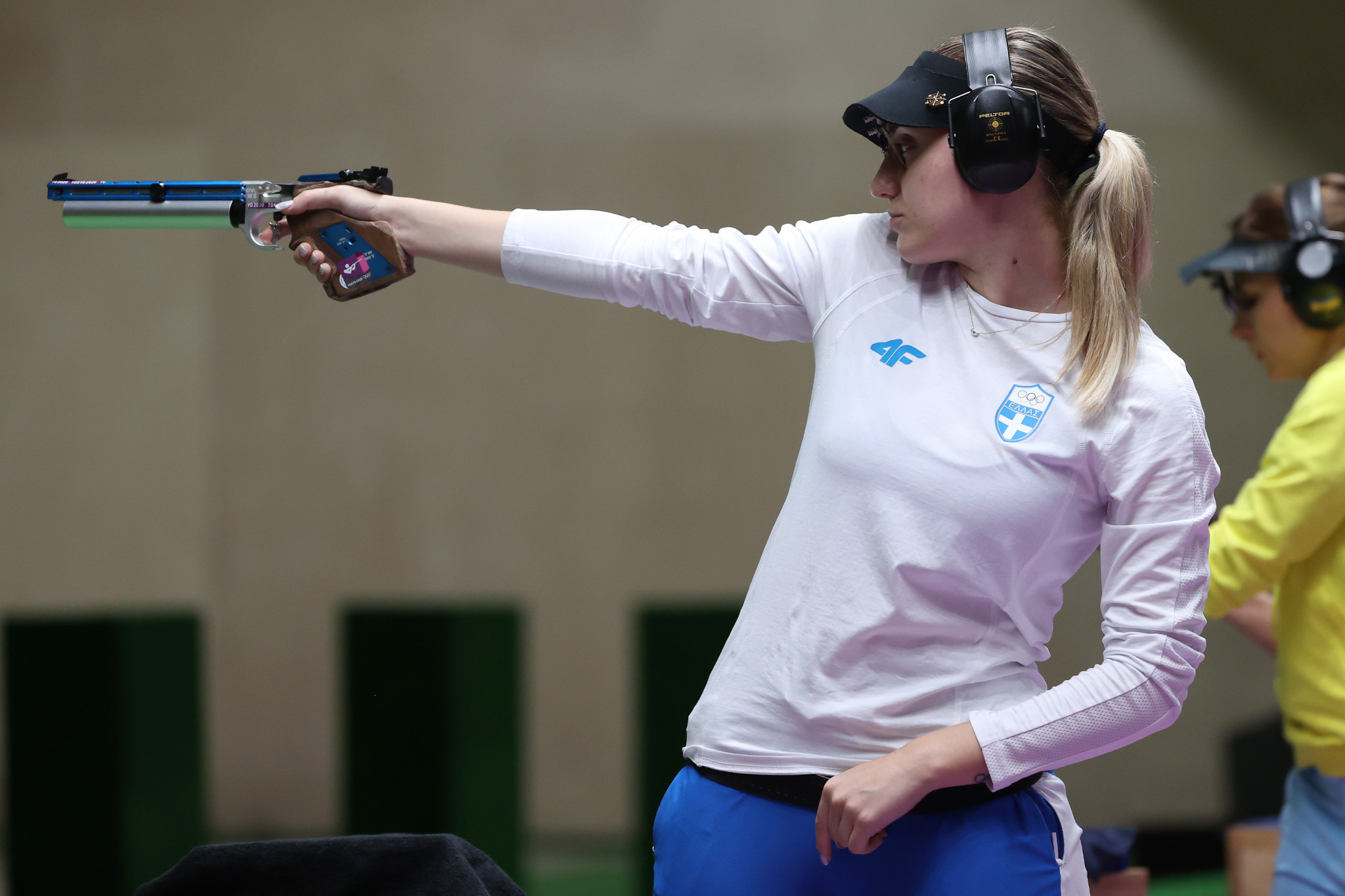 Olympic champion Anna Korakaki of Greece and India's Aishwary Pratap Singh Tomar led the qualification rounds in a day of no medals at the International Shooting Sport Federation (ISSF) World Cup in Changwon.

The 26-year-old scored 100, 97, and 98 across the three rounds to pip home favourite Lee Pu-reum of South Korea by a single point.

Japanese athlete Mika Zaitsu followed behind in third place on 292 points while Austria's Sylvia Steiner, Teh Xiu Hong of Singapore, and Irina Loktionova of Kazakhstan missed out on the top three with 290 points each.

A final qualification event is set to take place tomorrow for the rapid stage prior to the final later in the day.

In the men's 50m rifle three positions, New Delhi 2021 World Cup champion Tomar was in fine form as he progressed to the final with 593 points.

The 21-year-old shot a perfect 100 in both rounds of the kneeling and prone tests before dropping off slightly in the standing with 94 and 99 points.

He only managed to hit one perfect score which came in the first round of the prone shooting.

That gave him sole control of second place despite finishing level on points with István Péni as his best score was 99.

Tokyo 2020 Olympian Jack Rosssiter of Australia secured the last qualification place for the final as he edged out Kazakhstan's Konstantin Malinovskiy by 586 points to 585.

The action is set to continue tomorrow with the finals of the men's and women's 50m rifle three positions competitions and the women's team 25m pistol.