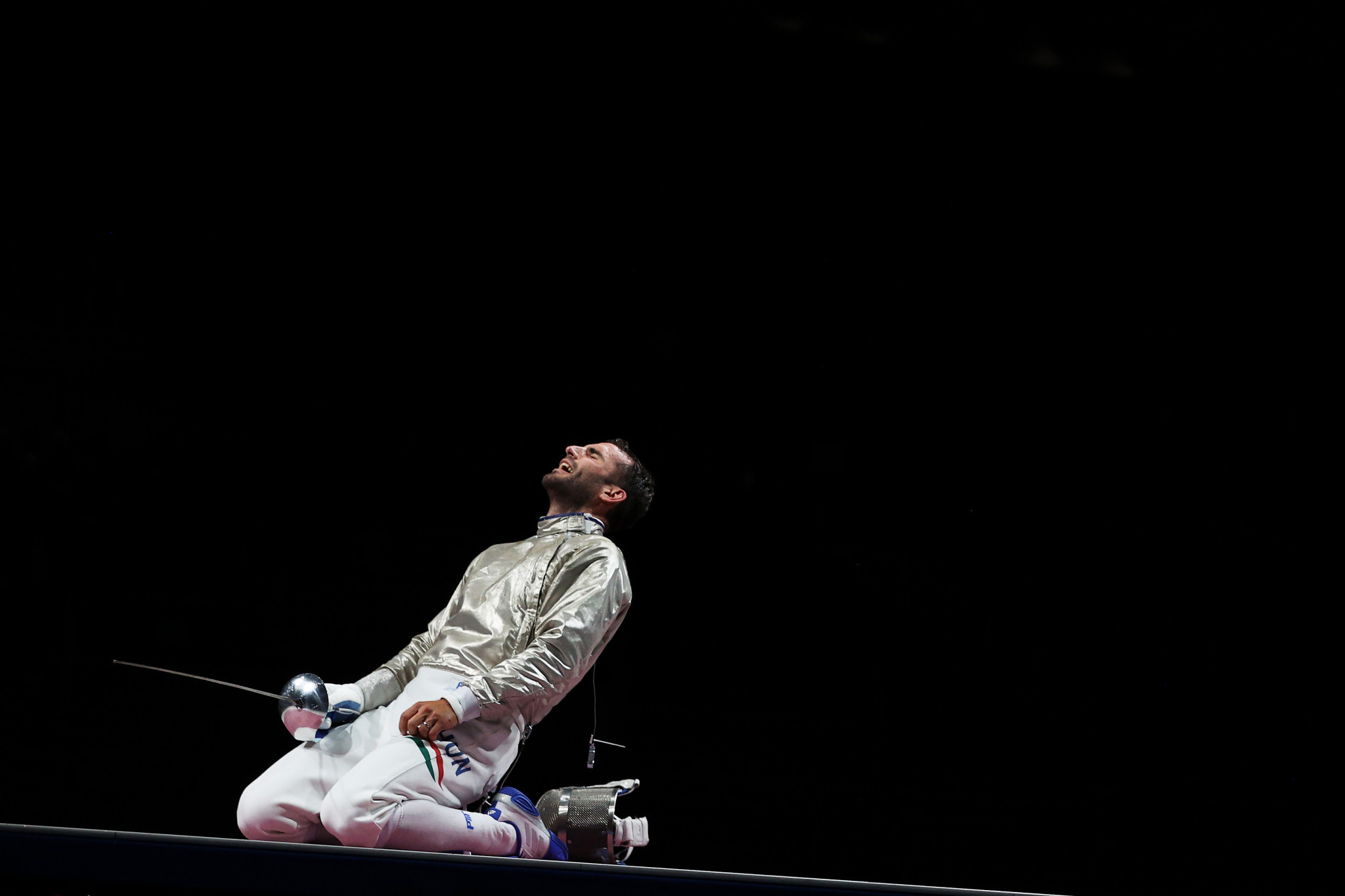 Triple Olympic gold medallist Szilágyi had previously only won an individual world bronze, in 2013, but finally secured the elusive victory in the men's sabre.

The triumph means that he has now won all major singles titles including at the European Championships in 2015.

He was also part of the Saint Petersburg 2007 team victory.

The 32-year-old narrowly defeated Frenchman Maxime Pianfetti 15-14 in an exhilarating final which went down to the wire.

The London 2012, Rio 2016, and Tokyo 2020 victor beat Georgian Sandro Bazadze in the semi-finals while Pianfetti got the better of Romania's Iulian Teodosiu.

The two losers made up the podium with bronze medals.

Pianfetti potentially made Szilágyi's life easier as he beat top seed Kim Jung-hwan of South Korea 15-13 in the round of 32.

Song, who was part of South Korea's team silver medal-winning side at Tokyo 2020, secured the women's épée crown after prevailing 11-10 in her duel with Alexandra Ndolo of Germany.

The 28-year-old pulled off a stunning counter to seal the decisive point after Ndolo lunged for glory.

Song cruised past Man Wai Vivian Kong 14-9 to force the Hong Konger to settle for a second bronze medal after also reaching the podium at the Budapest 2019 World Championships.

Italy's Rossella Fiamingo shared third place with Kong as she fell to a 15-10 defeat at the hands of Ndolo in the final four.

The Championships are set to continue tomorrow in the Egyptian capital with the women's foil and men's épée tournaments scheduled.