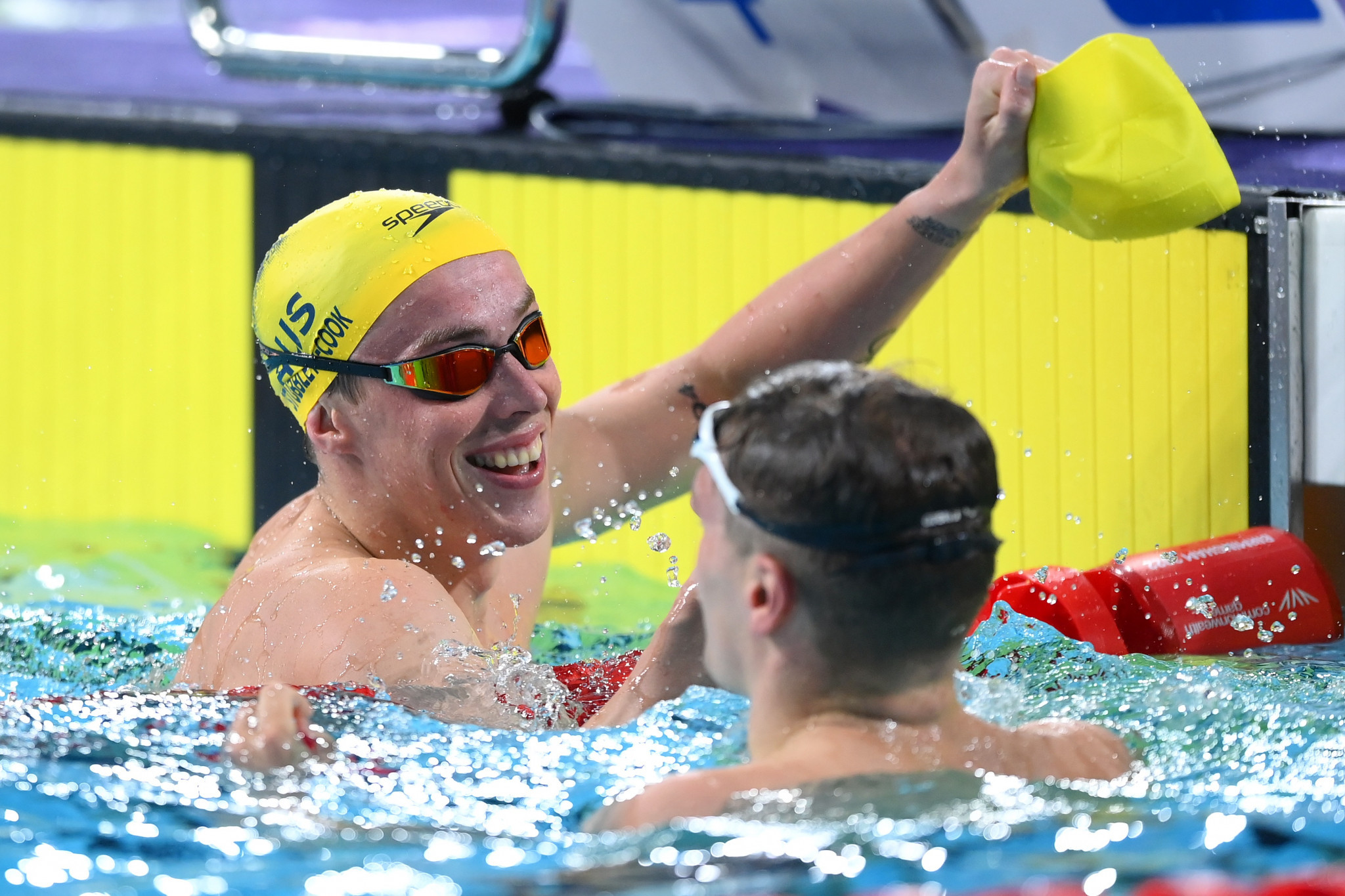 Australia won five of the seven gold medals on offer on the opening day of swimming action at the Birmingham 2022 Commonwealth Games here, while Canada’s 15-year-old star Summer McIntosh shone in the pool.

Fans inside the brand-new Sandwell Aquatics Centre in Smethwick created an electric atmosphere but it was not enough to inspire a home gold as the Australians stole the show.

James Wilby was one of England’s biggest hopes for gold as he aimed to defend his men's 200 metres breaststroke title but was defeated by Australia’s Olympic gold medallist Zac Stubblety-Cook.

With the crowd behind him, Wilby got out the blocks fastest but Australian pair Matthew Wilson and Stubblety-Cook were breathing down his neck.

It was a tremendous battle as Wilby desperately tried to hang on as the volume increased inside the venue.

But the Englishman was overtaken by Stubblety-Cook in the final 25m.

The Olympic bronze medallist burst into the lead, moving 1.5 seconds under world-record pace at the halfway stage.

Winnington was unable to maintain his pace as Short began to close the gap on his rival.

Sam Short was trailing in second with defending champion Mack Horton battling in third to try to make it a clean sweep for Australia.

There was another Australian one-two-three in a gripping women’s 200m freestyle final where double Olympic gold medallist Ariarne Titmus came from behind to edge out compatriot Mollie O'Callaghan in a gripping race.

The three Australians of Madison Wilson, Titmus and O'Callaghan aimed to stamp their authority on the race.

It was O'Callaghan who looked the stronger of the trio as she moved clear of Titmus going into the final 50m.

But Titmus timed her race to perfection as she clawed her way back before beating O'Callaghan to the wall.

There was also success for Australia in Para swimming as Timothy Hodge emerged victorious from the men's 100m backstroke S9 final.

The Australian looked in fine form as he touched the wall first after the opening 50m, with compatriot Jesse Reynolds closely tracking him.

The silver medal went to Reynolds in 1:03.65, with McClements claiming bronze in 1:05.09 as Australia's Harrison Vig missed out.

New Zealand's Sophie Pascoe showed no ill-effects of her COVID-hit build-up as she triumphed in the women's 100m freestyle S9.

The multiple Paralympic champion's preparations for the Games suffered a setback when she tested positive for COVID-19 earlier this month.

But Pascoe looked in fine fettle as she powered into the lead over the first 50m and refused to let it go.

The New Zealander touched the wall first in 1:02.95 to take the title.

McIntosh, who won two gold medals at the recent World Championships, got off to a blistering start, pulling clear of the rest of the field.

She moved four seconds clear of her nearest rival and compatriot Ella Jansen over the first 200m.

There was no stopping McIntosh as she forged ahead, clinching the title in 4:29.01 - beating the previous Games record of 4:31.76.

Australia's Kiah Melverton came back to take silver in 4:36.78, while Scotland's Katie Shanahan held on in the outside lane to claim bronze in 4:39.37.

In the final event of the night, Australia outlasted England to win the mixed 4x100m freestyle relay crown.

Lewis Edward Burras got England off to a flying start, finishing the opening leg ahead of Australia's William Xu Yang.

Mollie O'Callaghan stayed strong for Australia as England's Anna Hopkin trailed in second, while Wales and Canada battled it out for third spot.

Emma McKeon finished the job for Australia who triumphed in 3:21.18.

Freya Anderson touched in second as England clocked 3:22.45 for silver.

Canada completed the podium with bronze in 3:24.86.