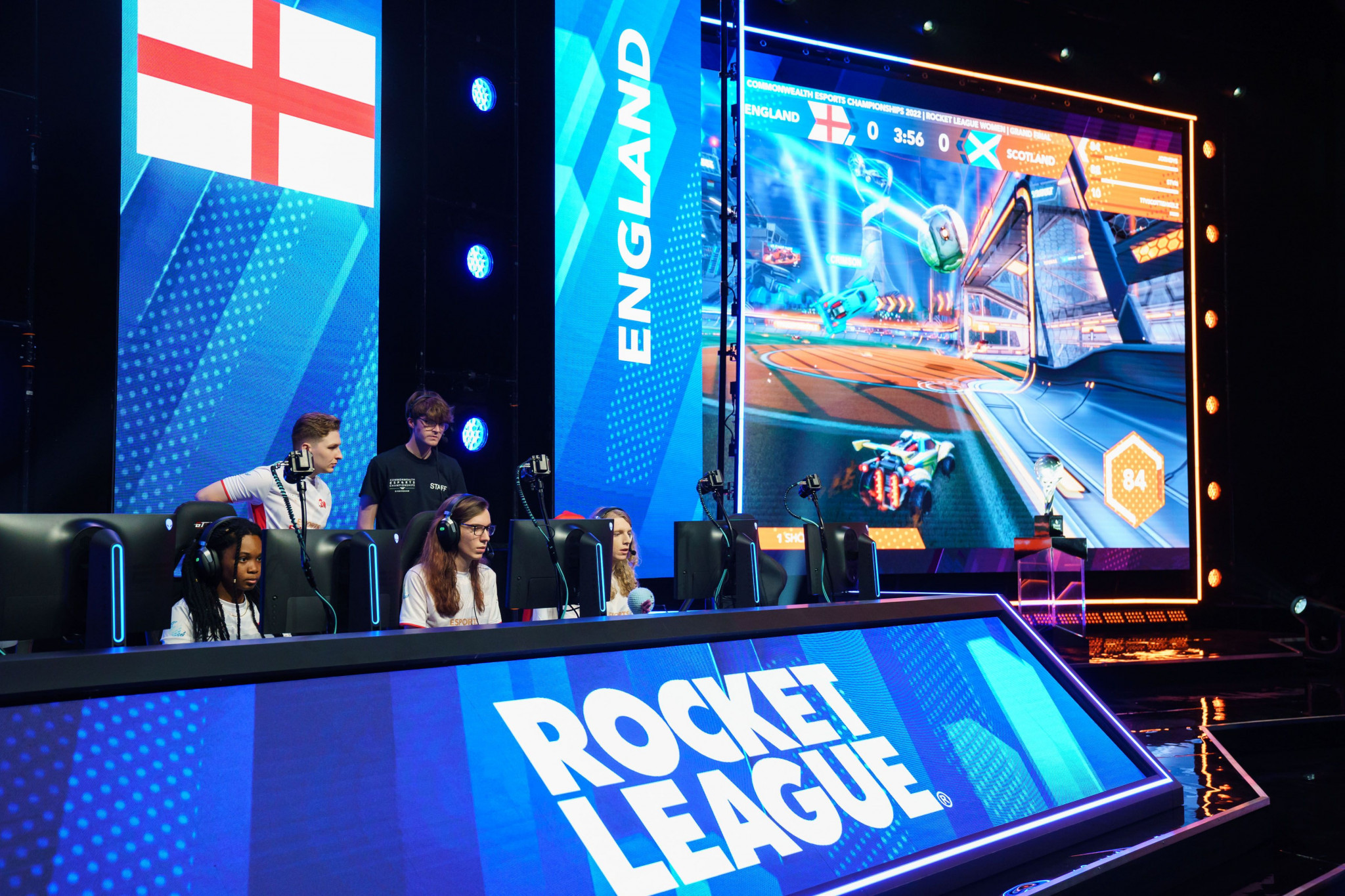 Host nation England overcame their disappointment of suffering back-to-back final defeats to deliver a gold medal at the Commonwealth Esports Championships in Birmingham.

Crimson, Takara and Alanis formed the title-winning line-up in the Rocket League women category, where they struck down the resilience of Scotland’s TTVscottishkelz, Jorhdys and stvncrdbl.

The 3-0 whitewash barely tells the tale of the first match where Scotland came from 1-0 down to lead 2-1.

Nevertheless, Crimson led her side to victory before netting a hat-trick in a 4-0 win in game two.

Crimson then bagged the winner in overtime to claim game three 2-1 and achieve gold for her country.

In the bronze medal match, Pinkjelly and QueenMorgie were on unbeatable form to help Australia to victory.

England were unable to make it two golds after they fell to a 2-1 defeat to Malaysia in the DOTA 2 open event.

The hosts originally bounced back from a loss in game one to impress in game two.

However, after a promising start, Malaysia's patient game plan paid off and they swept away England in game three.

India were the victors in the DOTA open bronze medal decider.

They overcame Australia 2-0 to win their only medal of the competition.

Northern Ireland were the champions in the eFootball women's competition after a sublime performance from Emzii.

She bettered Welsh opponent Fisher 2-0 in the three-game series.

Wales reached the Grand Final after forcing England to settle for bronze.

The third-place tie was also classed as a semi-final as Kenya were unable to travel to England for their match against Wales.

Consequently, Wales received a bye and they were guaranteed a medal.

Into a decider in the DOTA 2 Open Grand Final….

Fisher proved they were more than up to the task after edging aliawgharvey 1-0 in the first match.

Clear cut chances were scarce and the trend continued into game two as neither team could produce some magic to break the deadlock.

The ICC turned silent for the penalties that inevitably came and the tension finally broke once Wales flustered their attempt.

The deciding third game was incomparable to the previous two, with both teams landing punch after punch.

In the end, Wales managed to get over the line through a 4-2 win.

The Commonwealth Esports Championships have concluded with Malaysia top of the medal table thanks to a trio of titles.

England followed in second on one gold, three silvers and one bronze.

Wales earned a medal of each colour to finish third.