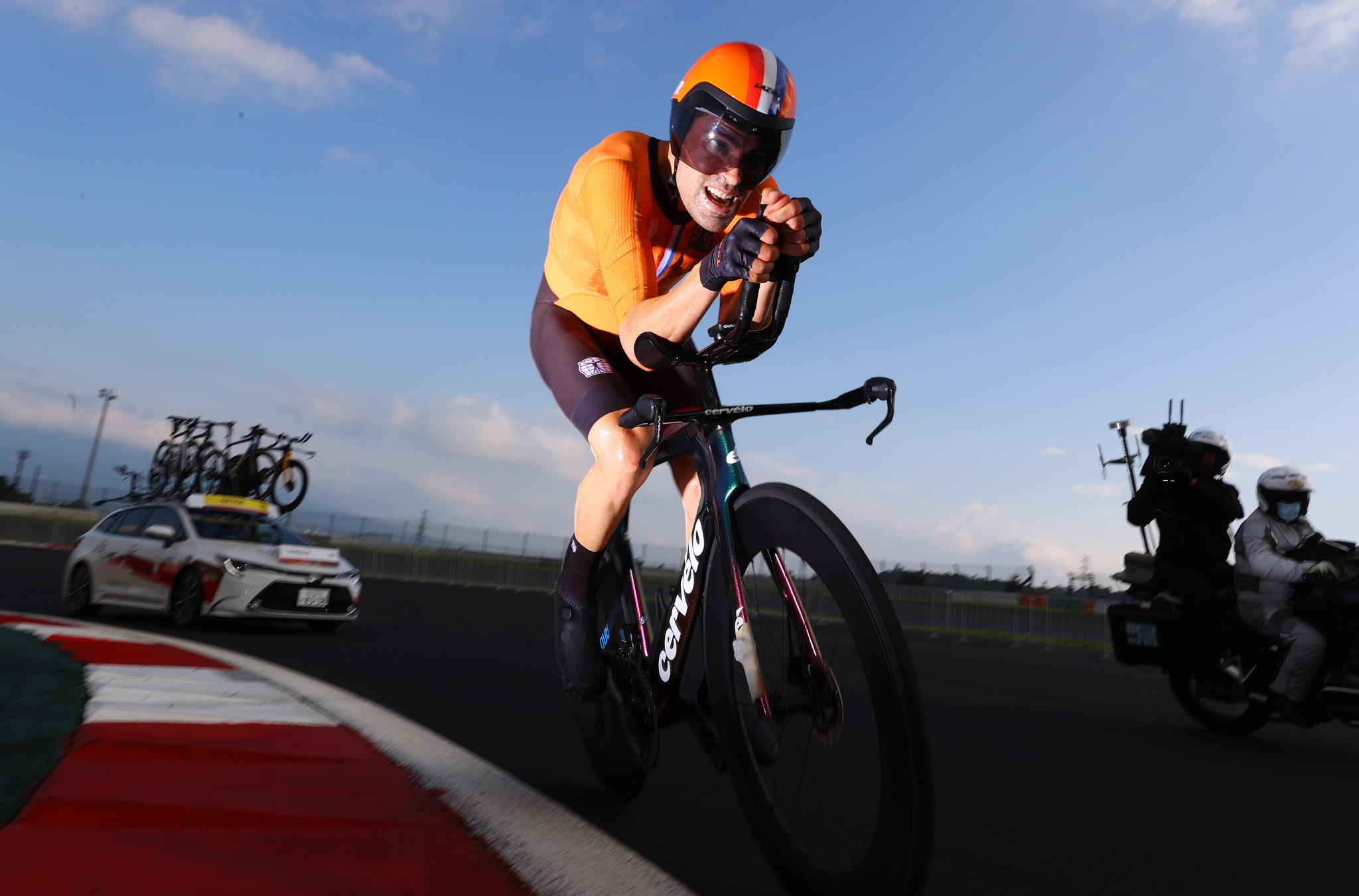 He had previously intended to bow out at next month’s World Road Racing Championships at Wollongong in Australia.

In a statement released by his team Jumbo Visma, the reasons behind his decision were outlined.

"During last spring, despite my love for the bike, I noticed that things weren’t going how I wanted," Dumoulin explained.

"I felt that I was ready for a new phase in my life, but I still had one project on my wishlist to end my career with a bang, the World Championship in Australia.

"I wanted to tackle that road to the World Championship the way I tackled the road to the Tokyo Olympics, with a sense of freedom, on my terms, with the support of the team and with my intrinsic motivation as the main fuel.

"That’s what brought me back the joy of cycling back then."

Dumoulin had won a second consecutive silver in the Olympic time trial last year in Tokyo, but a training crash in September had a heavy impact on his schedule.

"I notice that I can’t do it anymore, the tank is empty, the legs feel heavy and the training sessions are not working out as I hoped and I also need to do a good performance and have a good feeling at the World Championship," Dumoulin admitted.

"Since my hard crash in training last September, something has broken again.

"I had to interrupt my efforts to return to my old shape yet again and deal with another disappointment, it was one too many."

"We are sorry that Tom is ending his career with immediate effect, but we respect his decision," Plugge said.

"Tom has meant a lot to cycling fans, both in the Netherlands and worldwide.

"He can be proud of his career.

"We wish him all the best for the future."

In a professional career which lasted over a decade, Dumoulin had also won three stages of the Tour de France and two at the Vuelta de Espana.

His final race was the Clasica de San Sebastian last month but he did not finish.