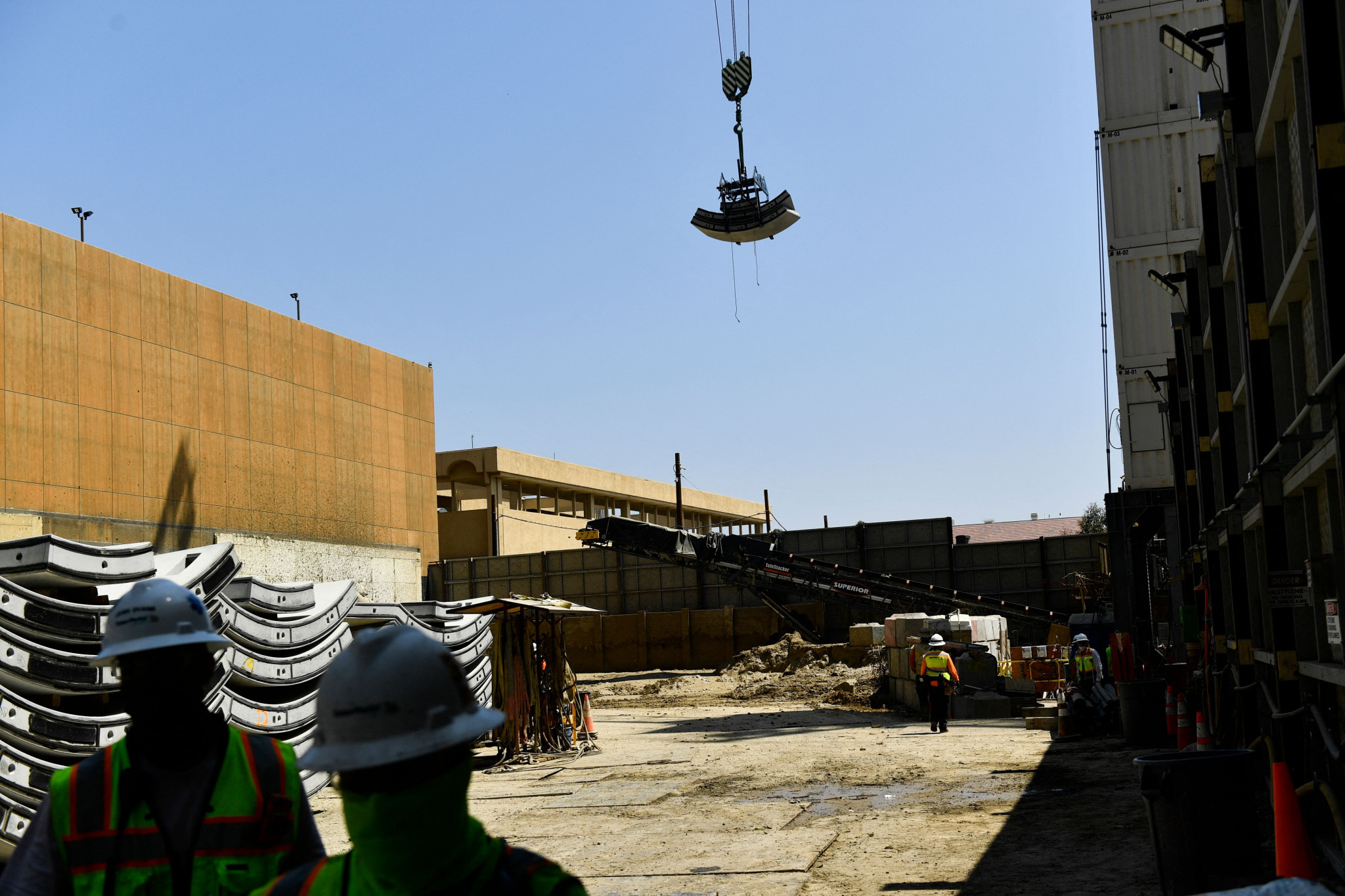 The work is part of the Purple D Line Extension Transit Project which will add seven new stations to Wilshire Boulevard, which will continue the line from Koreatown into West Los Angeles.

David Karwaski, director of mobility planning and traffic systems at UCLA Transportation, insisted the project will have the biggest impact on transport in the area since the Interstate 405 highway was built in 1964.

"It is transformative in that the purple Line will in one sense shrink the city," Karwaski was quoted as saying by the Daily Bruin.

"What I mean by that is the shortened travel time."

It is expected to reduce journey times between West Los Angeles and Downtown to approximately 30 minutes.

"We look forward to the subway's arrival and improved connectivity to the rest of the LA area," Karwaski added.

"A train station is really a fantastic opportunity to revitalize a neighborhood, so I am looking forward to the Purple Line extension finally coming to Westwood and all of the opportunities that will bring to UCLA and to the Westwood community at large," Yalcin said.

Yalcin claimed that the metro system would bring an increase of pedestrian traffic into the area.

The stations are to be decorated with commissioned artworks which city authorities claim will help visitors to the stations.

"It is really critical for wayfinding in the station and to know which station you’re at."

The Metro is set to form a vital part of the transport network for the Olympics.

The last time the Games were held in Los Angeles in 1984, special attention was paid to transport amid concerns of major traffic congestion and smog.

A special bus network was instituted by organisers to avoid congestion and residents were encouraged to travel by public transport and not use cars.