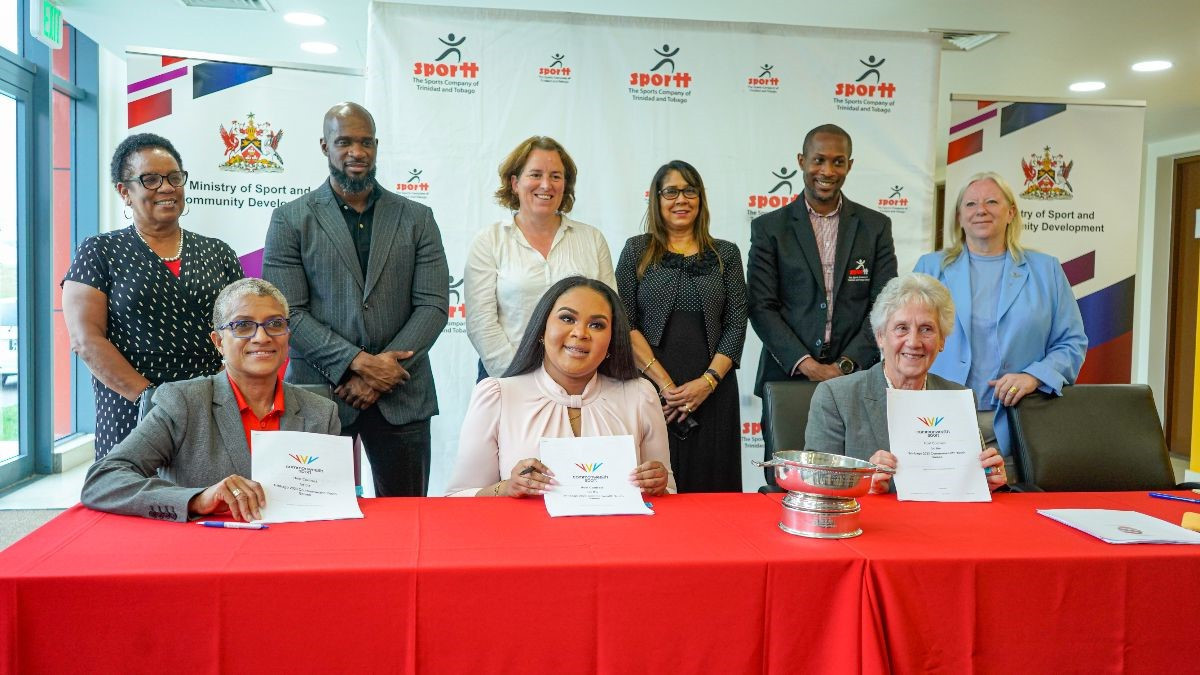 Trinidad and Tobago Olympic Committee President Diane Henderson heralded the signing of the official host contract for next year’s Commonwealth Youth Games as a "momentous occasion".

The signing ceremony also saw Dame Louise and Henderson take a sip from a silver quaich, a ceremonial drinking bowl.

Trinidad and Tobago was initially awarded the hosting rights for the Games in 2019, only for the COVID-19 pandemic and reshuffling of the sporting calendar to lead to the 2021 edition being postponed.

The Caribbean country was then confirmed as the host of the 2023 Commonwealth Youth Games at last month's CGF General Assembly in Birmingham.

"It’s a momentous occasion and I am just happy that under my watch the realisation is coming to fruition after the hard work of others," said Henderson.

"This is how it should be here.

"No matter the changes in leaders, we have to work together.

"What I saw this week was the deepening of relationships with the Minister of Sport and the CGF so that we can actually work together and build stronger relations."

CGF chief executive Katie Sadleir was also present in Trinidad and Tobago as she and Dame Louise got the opportunity to visit the venues across the two islands which are set to stage events.

Among those include the Dwight Yorke Stadium for track and field events, Pigeon Point for beach volleyball and Buccoo for triathlon.

Dame Louise claimed Trinidad and Tobago 2023, scheduled to run from August 4 to 11, would be an "educational, cultural and sporting experience".

"These Games will be fantastic here next year," said Dame Louise.

"Having been round all the venues proposed to be used, there is still work to be done but by this time next year it will be over so we have got around 340 days to go."

Henderson said "changing lives for the better" was the main objective of the Commonwealth Youth Games organisers.

"Through the CYG Trinbago 2023, our vision as it was in 2019 should inspire the empowerment and entrepreneurship of our young people and others."

The Bahamas held the most recent Commonwealth Youth Games in 2017, with 2023 set to mark its seventh edition.