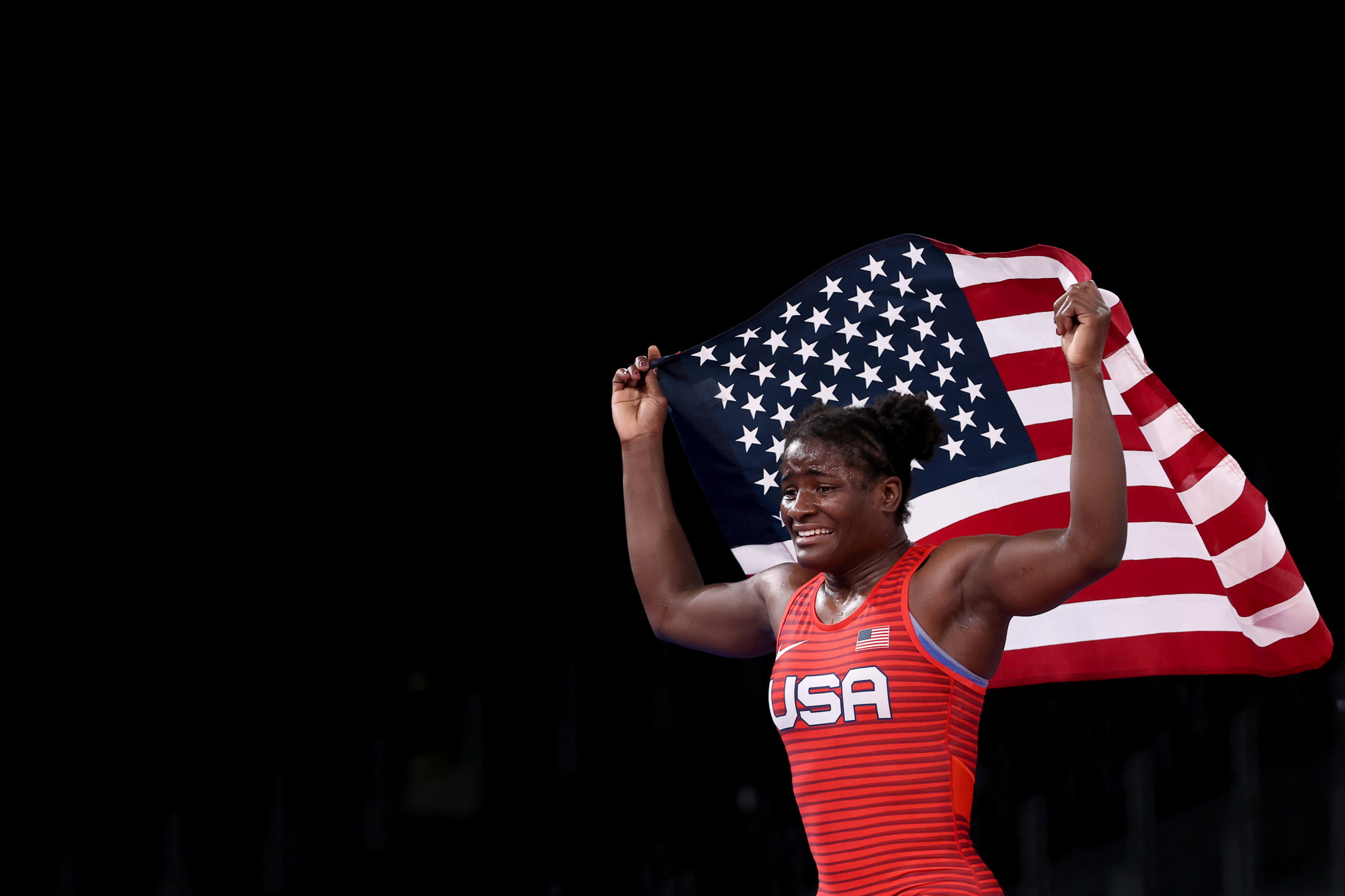 Olympic champion Tamyra Stock-Mensah recorded a fall in the women's 68 kilograms class to defeat Japan's Ami Ishii and claim her second world title at the World Wrestling Championships in Belgrade.

The American already looked like the likely victor with the scoreline 6-0 in her favour at the Štark Arena.

Moldova's Irina Rîngaci picked up a fall and a 4-0 victory to beat China's Zhang Qi to take bronze, while Canada's Linda Morais won by the same method against India’s Nisha Nisha to seal the same colour medal.

Morais' fall was significant as the scoreline was delicately poised at 4-4.

Tsugumi Sakurai of Japan climbed a weight class to 57kg and successfully overthrew defending champion Helen Maroulis of the United States thanks to a 3-0 points victory.

Japan's Sakura Motoki won by fall versus China's Zhang Qi in one of the bronze medal bouts, with the scoreline initially standing at 7-0, while Poland's Jowita Wrzesień recorded a 4-2 triumph over Mongolia's Erdenesuvd Bat-Erdene to also walk away with a bronze.

Amit Elor of the US was the final gold medallist of the day following a commanding 10-0 by superiority victory against Kazakhstan's two-time world silver medallist Zhamila Bakergenova in the women's 72kg.

The other bronze medal in the class was taken by Japan's Masako Furuichi, who defeated Turkey's Buse Tosun 3-2.

The World Wrestling Championships are set to continue tomorrow.